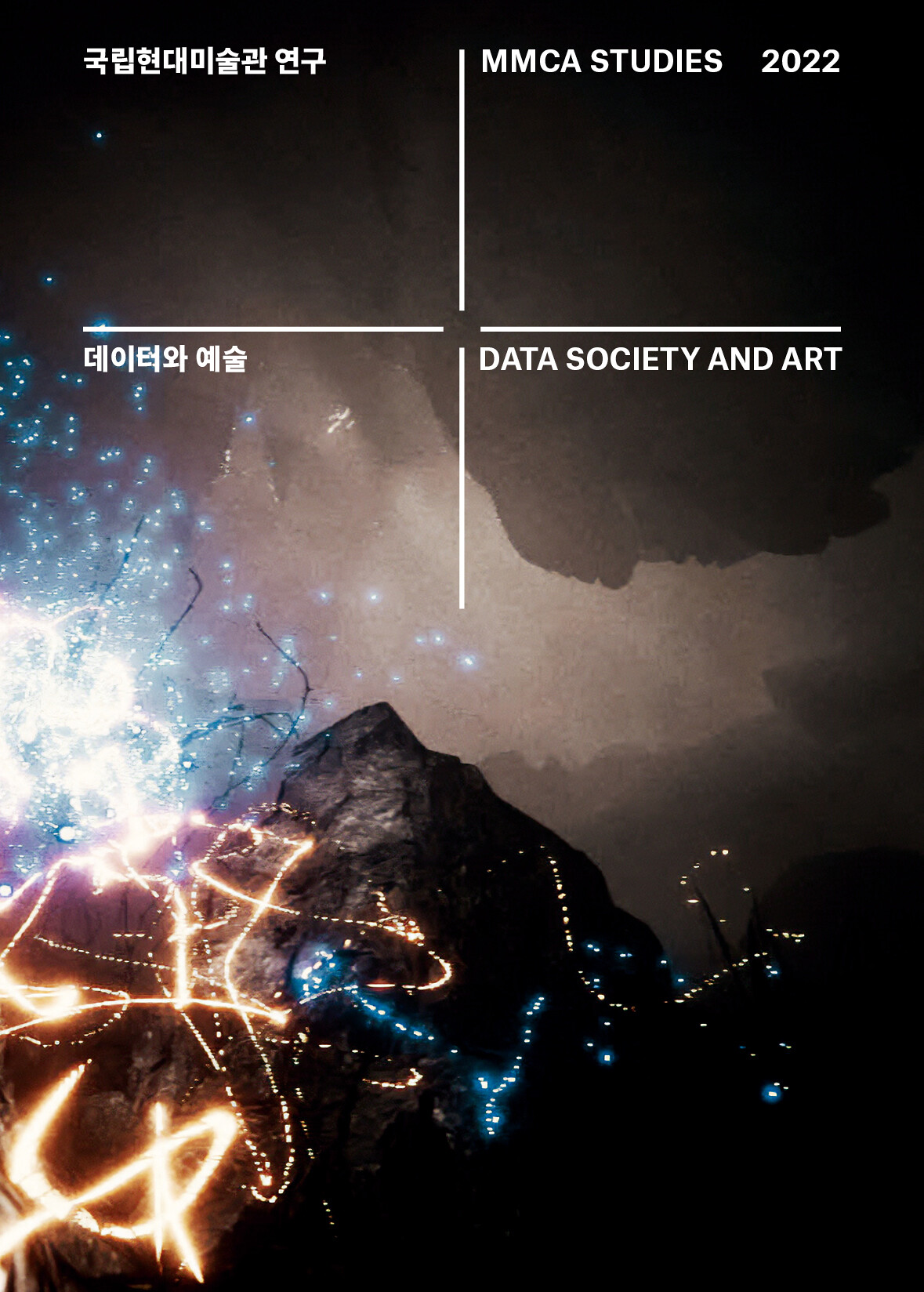 Volume 14 of MMCA Studies is a special issue focusing on the relationship between data and art. It explores one of the most pertinent issues of the contemporary era—artistic production trends in the data society and examines the relationship between technology and society while observing the essential role of art in reflecting on and diagnosing its times and creating new visions. From Nam June Paik’s video art practice in the 1970s to Hito Steyerl and Vladan Joler’s critiques of data capitalism in the 2000s, it considers the experiments combining art and technology that various generations of artists have been undertaking since the advent of digital technology, juxtaposing them with MMCA’s activities in 2022 in terms of exhibitions, acquisitions, and educational and public programs.

Curator Bae Myungji focuses on Hito Steyerl’s solo exhibition at MMCA Seoul—the artist’s first in Asia. Animal Spirits (2022), a new work produced with support from the museum, delivers a direct critique of capitalism as it combines with digital technologies such as virtual currency mining. Bae looks to symbiogenesis and the symbiotic economy to find a path toward countering data capitalism. Working in a broad range of areas that include philosophy, aesthetics, and cultural criticism, Alex Taek-Gwang Lee calls on contemporary philosophy to adopt a planetary perspective in its consideration of global crises such as climate change as creating a new knowledge system of “planetary cybernetics.” Lee refers to the belief that the risks associated with technology can be fixed through moral decisions as another form of anthropocentric thinking. He calls for a radical reworking of the ideas of Gilles Deleuze, who saw art as a “different use of technology” in contrast with algorithm automation.

A conversation has been organized between artist Vladan Joler and the technology and media culture researcher Kim Sangmin. Joler’s New Extractivism (2020) is a “counter cartography” project that is critical of resource extraction and the exploitation of labor in the data-capitalism era. In their conversation, Joler and Kim present a discussion that aspires to an ecosystem beyond the realm of capturing, occupying, and commodifying. Critic and theorist Kang Woosung uses AI-focused works of film and literature as a lens to explore a “planet without humanity,” a matter that relates to the climate crisis made visible by the COVID-19 pandemic. Recalling Paik Nam June’s nature as a “global citizen” and the ways in which he used this global TV project to show the hybridization of culture, art historian Dieter Daniels reflects on the global media communication concept of the artist, who transcended language and nationality barriers through his video work.

We are living in times of political and social uncertainty. Many experts predict that it will be some time before the pandemic truly abates. While the authors in this issue represent a wide range of areas, they share their view of our contemporary condition, where the fetishization of digital technology appears to be reaching dangerous levels. Today’s art museums can see themselves as playing the role of a mediator, encouraging multidisciplinary criticism and discourse, while being an intensive environment for the production of contemporary cultural and artistic content. What should museums’ orientation be at a time when so many systems are being transformed by digital technology? This is a situation that urgently demands a sense of coexistence and symbiosis. It calls for the kind of experience where experts inside and outside of the museum come together to share their concerns about our present technological orientation and work out a common agenda. The first step in establishing a future direction for museums lies in restoring communication, not only with artists but also with researchers in various fields, programmers, technology experts, and more.