Commissioned and produced by High Line Art, High Line Performances are a series of live, often participatory events that transform the park into an open-air theater.

For her performance on the High Line, Naama Tsabar presents the third iteration of Composition 20, inviting a group of musicians to utilize their amps—which are scattered across the park’s pathway—both as a sound-amplifying source and as a pedestal to stand on. For the work, Tsabar commissions three composers to craft unique musical scores, all to be performed simultaneously by different sets of the musicians. As the musicians step up onto their amps, their collective shifting silhouette forms a sculptural composition that complements the accompanying sonic one. 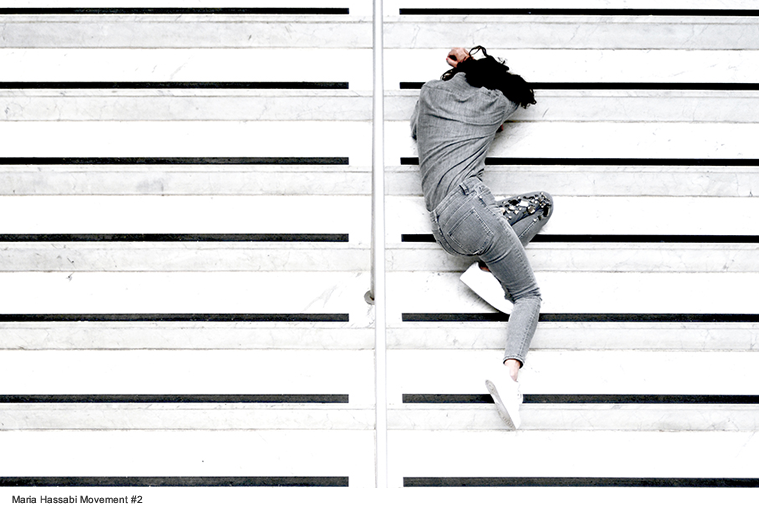 In her rigorous choreography, Maria Hassabi arranges her own and other dancers’ bodies in compositions that move painstakingly slowly, to the point where the slightest movement becomes meaningful, and the viewers’ sense of their surroundings becomes heightened. For the High Line, Hassabi presents a new composition for four dancers. Hassabi’s performance on the High Line will act as an informal preview for the completed work, STAGED, which will premiere at The Kitchen in October 2016 as part of the French Institute Alliance Française (FIAF)’s Crossing the Line Festival.

We who spin around you is a new work realized by Eduardo Navarro for the High Line at the Rail Yards. In the late afternoon as the sun begins to lower in the sky, Navarro invites participants to don custom-made bronze masks designed to help them safely view the sun, transforming it into a tiny dark green sphere. Then, an astrophysicist gives a brief lecture on solar history, and our changing relationship to science in the context of astronomy and solar studies. The work—situated at one of High Line visitors’ favorite spots for watching the sunset—invites viewers to think about their place in the surrounding terrestrial and celestial worlds. 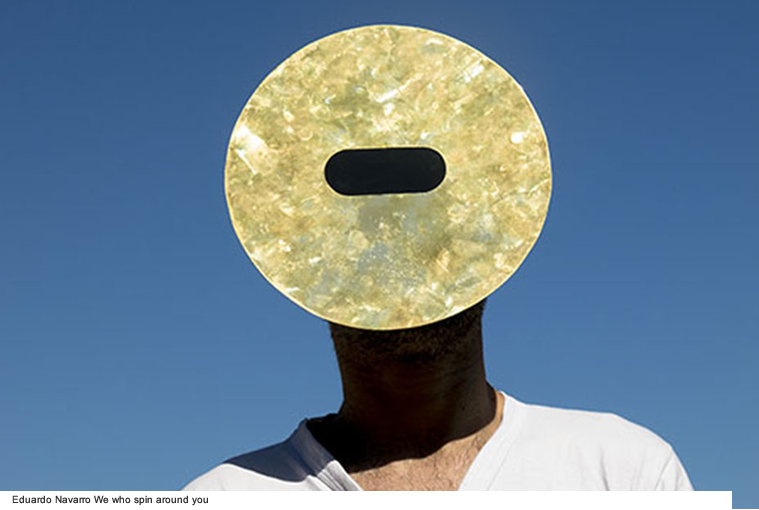