On October 24, 1946, Earth was for the first time photographed from the boundary of outer space. 20 years later we yet again observed our planet through the eyes of Lunar Orbiter 1, and during the ’70s, the Moon missions’ observation of the blue planet finally laid the groundwork for the notion of our planet as part of an ecosystem in a universe of unimaginable proportions.

Today, just 70 years after the V2 rocket’s photo session, we’ve turned our sights toward horizons beyond worlds already visited by robots. In August 2012, after 35 years of traveling, Voyager 1 left our solar system heading for interstellar space, and in July the following year, the second blue planet man has seen was detected through the Hubble Telescope, 63 light years—596,000 billion kilometers—away.

The observable part of the universe has a diameter of 93 billion light years. No one still knows whether it is infinite or not, and physicists and astronomers are discussing the possibility of the multiverse.

The fourth Trondheim biennale – Meta.Morf 2016 – will showcase artists, writers and scientists that in various ways take a closer look at man as interstellar traveller, and how we at the beginning of this millennium are about to redefine our relationship with the stars and, consequently, ourselves. 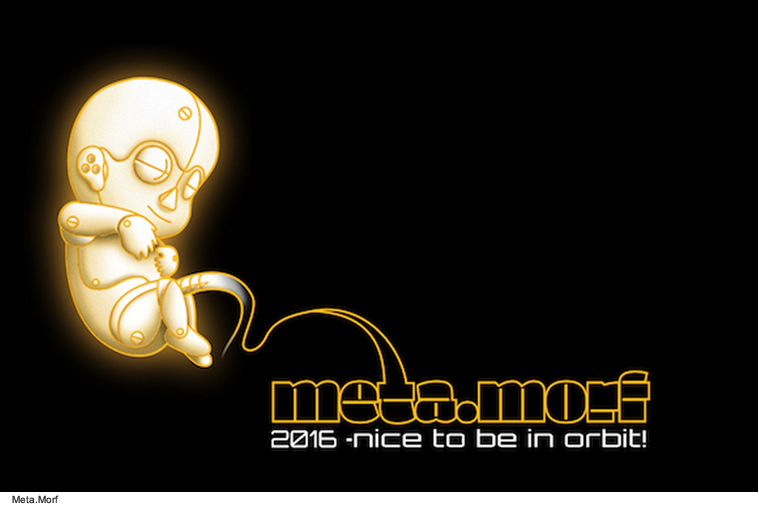 Artistic and scientific research are continuously challenging and changing our perspectives on life, often implying new philosophical and existential questions.

Biotechnology, nanotechnology, neuroscience and new communications and computer technologies represent fields that expands the boundaries of artistic practices, practises that in turn may reveal unexplored viewpoints for scientifically based research.

The artist as a conveyor and interpreter of new knowledge and research, plays a crucial role for society’s ability for both having a proper insight, as well as being able to maintain an adequate discourse regarding the use of new technologies and scientific advancements.

Meta.Morf shall present artists, musicians, writers and researchers for a broader audience with projects and performances that in various ways helps extending our perspectives on life, and beyond. 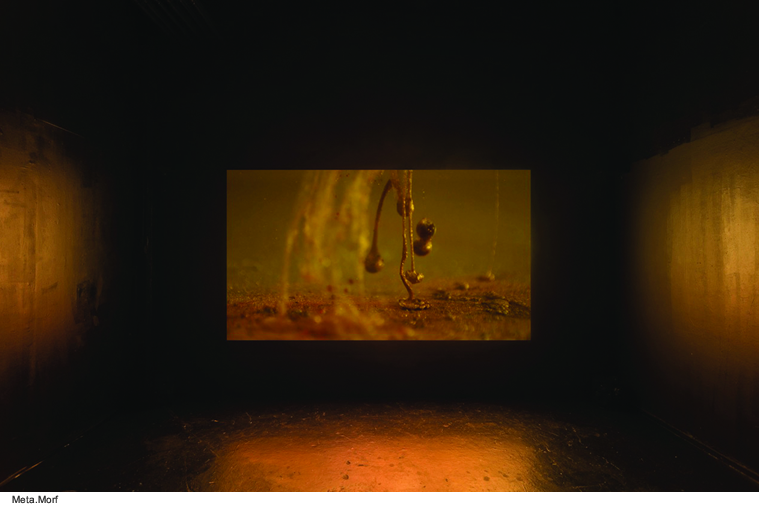 TEKS – Trondheim Electronic Arts Centre – is the organiser of Meta.Morf. TEKS is a non-profit organisation founded in Trondheim in 2002. The organisation is a resource and competence centre that aims to produce and convey techno related art projects within all art disciplines.

TEKS initiates and organises artistic productions and projects, works with promotion and education through courses and workshops, and acts as organizer or co-organiser of various techno related cultural initiatives.

TEKS is in 2016 funded by the Arts council Norway and Trondheim Municipality. TEKS is a member of PNEK, Production network for Electronic arts, Norway.