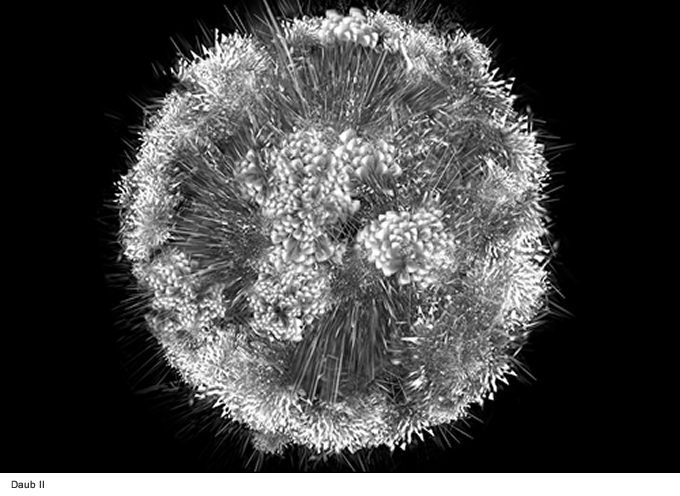 Paul Prudence, real-time visual performer, works with procedural systems by exploring structures, graphic and generative potentialities of audiovisual systems. He is extraordinary, educated, intelligent, open-minded and capable of living in more worlds simultaneously, from the live-based media to the graphic art world, keeping his eyes always open wide on forms and composition rules, things that are not so easy to find in the turmoil of modern digital creativity. He is one of those hybrid figures standing on the edge of art and design who are now resorting to data visualization in order to describe, at the crossroads of art and algorithms, the storm of information surrounding us. The results are often unexpected.

His work Fast Fourier Radial, for instance, consists in a spectrograph visualization of sounds in three dimension (originally for Hacktronic, Boston, in 2007), while Rynth [n4] is a “visual music” work where sounds create transformations, alterations or surface modulations, primordial geometry textures and mathematical surfaces. Rynth’s visual universe takes its cue from gyroscopic instruments and anti-gravity devices and uses a wide variety of techniques to turn morphogenetically sound into visual material, by starting from real time methods of sound analysis and directing sound mapping through OSC and MIDI systems. The range of obtained sounds and the field recording are the core material for sound design synthesis.

We have to do with a very curious artist in constant evolution, who after moving from Flash to the bigger and more versatile VVVV, is now focusing his attention on the audio-sensitive generative systems which remind of organic spaces. His deep interest in computational and visual feedback systems led him to the creation of works such as Talysis (consisting in geometrical forms always turning into new ones without interruption). For an overview of his works, we suggest you go and see (http://www.flickr.com/photos/transphormetic/sets/) his beautiful set on Flickr. 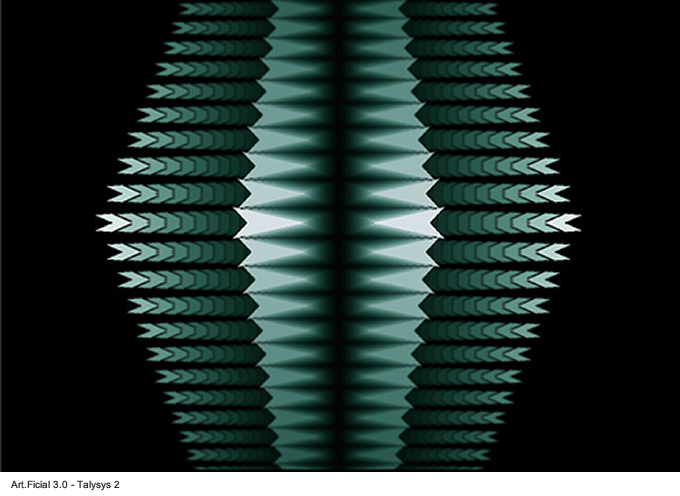 Paul Prudence is not only known for his visualization and real time images, but for his excellent blog as well. Its name is Dataisnature, and it concentrates on the current developments of audiovisual and generative art, scientific research and historical reconstruction, thus representing an online pillar of visual software art panorama.

Paul’s artistic activity and his study of these contents are two faces of the same coin, for we are standing before one of the few artists capable of feeling himself part of an historical continuum and a cultural context, as the following interview confirms. In other words, he is aware he belongs to our time.

His dual role of artist and essayist arises another interesting element: to understand, as already done in other artistic fields (such as Angelo Trimarco did in his reflections in 2001) that art works is actually a critic of art itself, for it creates a referential and dialectical relationship with the public and the entire archive of past and present objects, acting every time as completion, comment, parody; all of this is even richer if we take into consideration a set of data: as a matter of fact, to isolate the quantitative parameters of a phenomenon, although ephemeral, means to give them a process whose aesthetic result has obvious characteristics. It is an action involving simultaneously production and comment, a way out of a latent state.

In order to know his world better, we made for Digicult a structured debate about techniques, aesthetics, productions and procedures of work of one of the most aware characters on the digital creativity panorama. 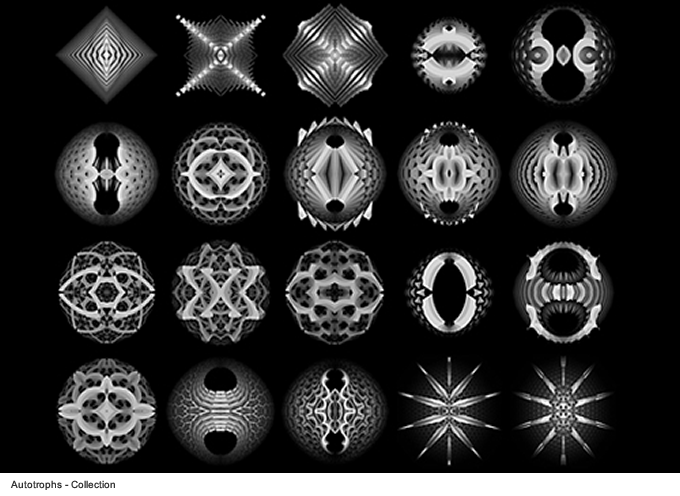 Pasquale Napolitano: I would start with a simple but inevitable question for an artist like you: what is your approach to data like?

Paul Prudence: In its raw form data it is a meaningless stream of numbers. Strategies and techniques must be found to transform the data into a meaningful visualisation or an aesthetic proposition depending on the final use of the data. Often the hardest part of the process of visualising data is the conceptual approach to transforming numbers into visual objects that have a degree of isomorphism to the original datasets.

So, the key thing is to find a way of generating a readable pattern from a seemingly random collection of numbers. Much of the work I make involves analysing incoming audio data in real-time to create ‘synaesthetic’ audio-visual experiences. Since the audio input may change considerably from performance to performance I have to program modules that are robust enough to handle different kinds of audio data  and this can be a challenge.

Pasquale Napolitano: By examining all of your works, it is particularly interesting to notice that you are capable of defining a certain kind of aesthetics, which seems to take its roots from the iconographic universe of scientific, astronomical and architectural visualisations. What is the source of your choice?

Paul Prudence: I’ve always been drawn to strong graphical artworks, natural patterns, complex structures, maps, diagrams, charts and esoteric visual systems since I was very young. Certain kinds of geometric forms also resonate with me. I suppose I could be called a pattern enthusiast and you can easily see this in the artworks and ideas. I blog about that at Dataisanture.com. I’m very interested in the interrelationships between the visual output of different kinds of computational procedures and analogue natural ‘earth’ processes. 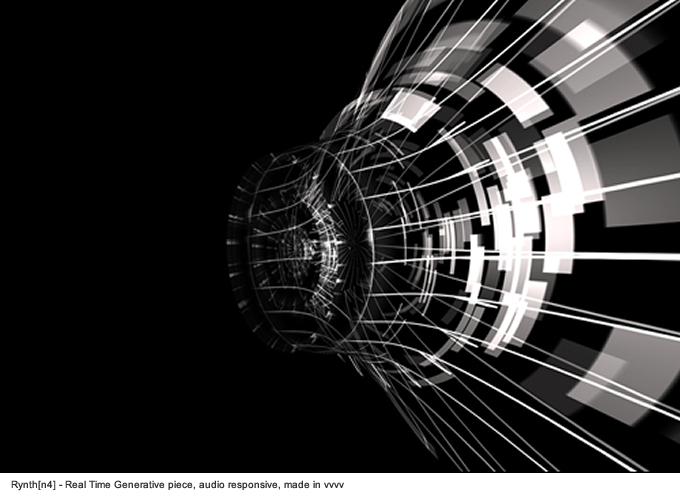 Pasquale Napolitano: I also found interesting your skill to bring these aesthetics concepts both into the live-media and installation universe, and even transferred on classic media such as the press. How do you manage to tie in the installation aspect with the performative one? Do you approach differently to various communicative situations? Or do you utilize a similar way of work each time?

Paul Prudence: Well there are processes I’ve developed that are applied in different ways according to the final medium  so really I approach the generation of the artworks the same way but taking into account their final audience. I’ve developed a methodology were a performance piece could feasible be re-purposed to create a print piece – it’s just a matter of readjusting its technical specification to fit the final purpose.

Pasquale Napolitano: You combine your artist work with a high skill of writing and theoretical elaboration (www.paulprudence.com e dataisnature.com), clearly showing the capability of glancing at your work from different points of view. How do you make these two aspects coexist?

Paul Prudence: Most viewers of my work naturally connect with the aesthetics of the pieces, the geometries, symmetries, and the composition. But there is always a parallel conceptual level existing side by side for those who are interested. I use paulprudence.com as an outlet to write about some of the philosophies behind the works as well as to document technical aspects.

The writing acts a as a feedback process itself, helping me refining ideas, developing new ones and creating a critical context. I spend a lot of time doing research in a wide range of areas from cybernetics, to complexity sciences, up to geomorphology and psychogeography. These ideas find their way into my work, not necessary implemented in a scientific way, sometime just acting as general themes. 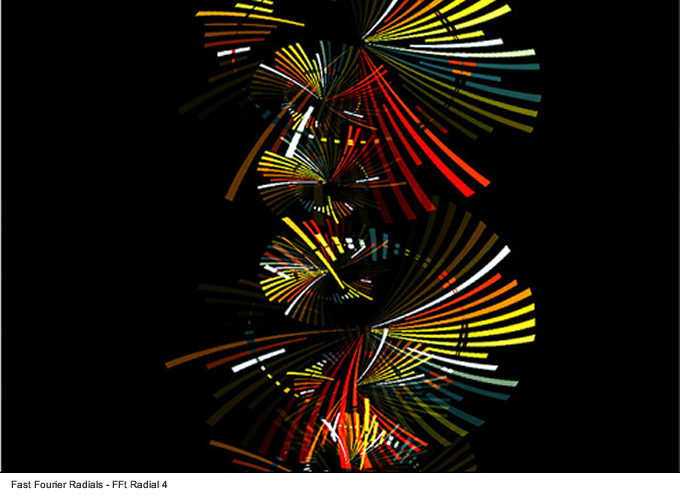 Pasquale Napolitano: A crucial category of generative art is the so-called trans-coding, or the process showing how from a flow of data is possible to extract an aesthetical output. Yet in this procedure there is always a factor of interpretative arbitrariness. How do you act in this “grey line” where artists have to justify the machines’ work?

Pasquale Napolitano: Making once again reference to my previous question, to take a flow of data into a “classical” aesthetical output, such as a papery one, like you often did in the past in works by the names of “Artware”, is no doubt a new mediation process. How does this passage from bit to paper happen? And more generally, how do you choose your data?

Paul Prudence: The transition from bits to paper is really quite a simple process due to the current availability of very high quality digital printers. The software I use, VVVV, is extremely powerful and versatile for outputting a range of formats for print. Screen based works can be output at extremely high resolutions to create large scale works, such as those that were shown at Artware in Peru last year. 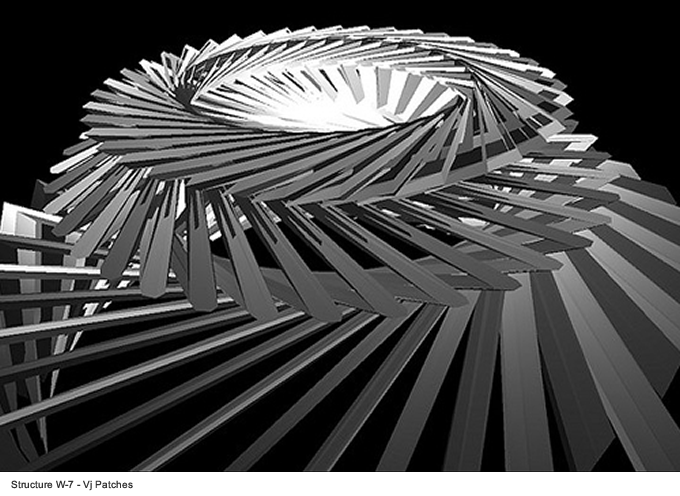 Pasquale Napolitano:In works such as Bio Acoustic Phenomena, one can find a taste for space seen as a set of really astonishing superimposed micro-weaves. In my opinion that gives proof of a solid visual culture and an undeniable technical skill as well. Are there any artist or designer (not necessarily in the generative art field) you draw your inspiration from? More generally, what have been the most influencing artists for your work?

Paul Prudence: Inspiration comes from many different art forms and disciplines, from Kinetic and Op-art through to parametric architecture. I’ve enjoyed and been inspired by the work of Laszlo Moholy-Nagy  particularly something like his Light-Space Modulator piece. The original pioneers in the field of computational art are a constant reference  people like Mark Wilson and Ben Lapolsky. Going back a bit further to the work of the early visual music experimenters  people like Mary Ellen Bute, John Whitney, Oskar Fischinger and Norman Mclaren have been a great inspiration.

Pasquale Napolitano: You proved yourself to be good at working in team many times, as you have been part of Schtum Collective. How do you feel to work in team? Is this need of collaboration due only to a technical need or has it a project value as well? And finally, when working in team do you act more as a co-author or rather as a director leading the rest of your group in terms of time and procedures of work?

Paul Prudence: In collaborative projects I always work on a specific area  that is completely under my control. In this sense although the project is co-authored I keep the right to the visual aspect I’ve worked on, with the possibility of developing a co-authored part of the collaboration into a fully developed project of my own. In most of the team projects I’ve worked on I’ve tended to work by delegation and committee  with no obvious director in control. 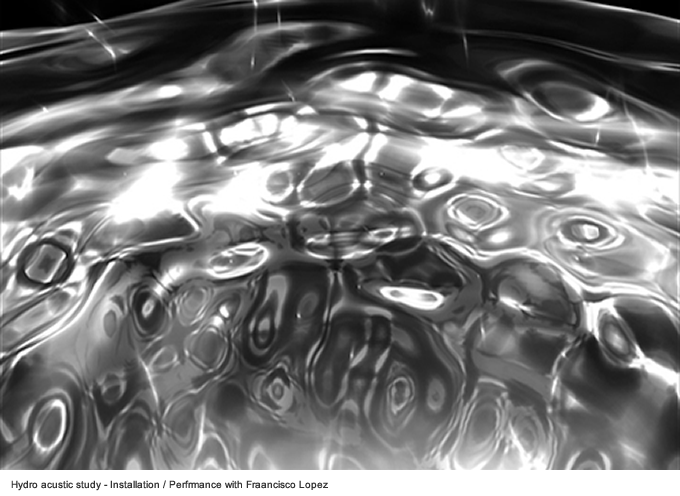 Pasquale Napolitano: Now here is a classical ending question: what you are working on at the moment? What path do you want your work to take?

Paul Prudence: Right now I’m working on a short 6 minute version of Bioacoustic Phenomena for a DVD compilation of experimental audio-visual works. The piece was originally created as a performance piece with the sound artist Francisco Lopez and should be released later this summer. Currently I’m also in conversation with a Slovenian choir with the view to producing a live visual accompaniment for their concerts. These days I’m also doing a lot more sound design and composition to work with my visual artworks. At this moment I’m in India doing a lot of field recordings which often then go on to form the basis of my audio compositions