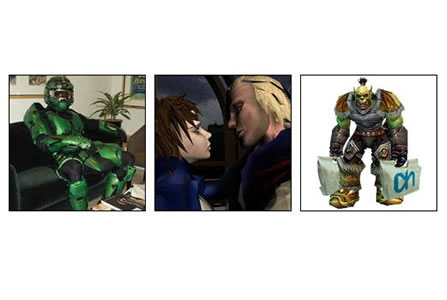 Machinima is the art of making film inside the real-time 3D virtual environment of a video game engine. By treating the in-game viewpoint as a camera, the gamespace becomes the set, the characters turn into actors, and the gamer becomes a director.

Because an in-game performance is first recorded in 3D, everything is highly flexible. In a 3D recording camera’s can be added before it is turned into film. Moreover, you can change the camera paths, adjust the lighting, and change the appearance of the characters or make them disappear entirely. This brings high-end movie making possibilities into the hands of low-budget filmmakers.

In this 4-day workshop small teams of participants will make their own machinima movies, guided by experienced machinimamakers and animators. The trainers will cover all the practical topics, like designing 3D sets, creating character interactions, re-camming, virtual lighting and camera scripting. But also we will look at machinima as a wider cultural practice, investigating the impact of gaming on visual culture.

This workshop is intended for filmmakers, animators and gamers, who are interested in each others arts. Some experience with playing video games is helpful, but not essential.