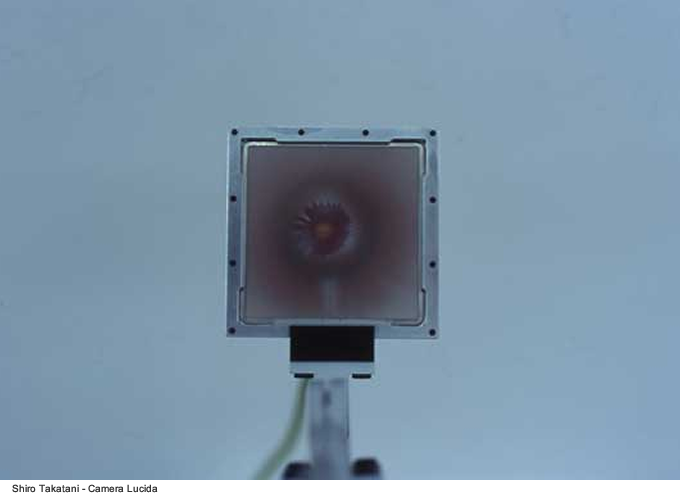 This first-ever museum exhibition by Shiro Takatani presents a survey of his endeavors, both as artistic director of the internationally known performance art collective Dumb Type, doing video, lighting, graphics and set design for the group, and as a solo visual artist whose imaging works offer deep insights into the natural environment and diverse physical phenomena.

Takatani has also collaborated with musicians and artists in many other genres, and most recently unveiled a series of photo works that showcase his interest in optics.

The Latin exhibition title borrows upon philosopher Roland Barthe’s discourse on photography Camera Lucida [Fr. La Chambre Claire: note sur la photographie] (1980). A reference to those optical devices formerly used by painters and draftsmen to project traceable images onto their canvases, the camera lucida differed from the earlier camera obscura (literally “dark room”) devices — pinhole and mirror predecessors to today’s cameras — in that they were not enclosed and employed prisms and lenses instead of mirrors. Similarly, with his performance work La Chambre Claire (2008) Takatani wanted to “stage a photographic image-fixing process exposed to light instead of in a black box,” turning the theater itself into a camera lucida device as an approach to Barthe’s idea of photography. 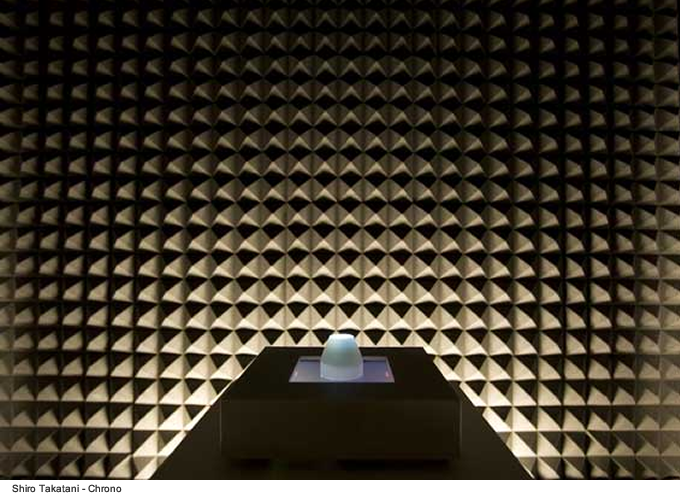 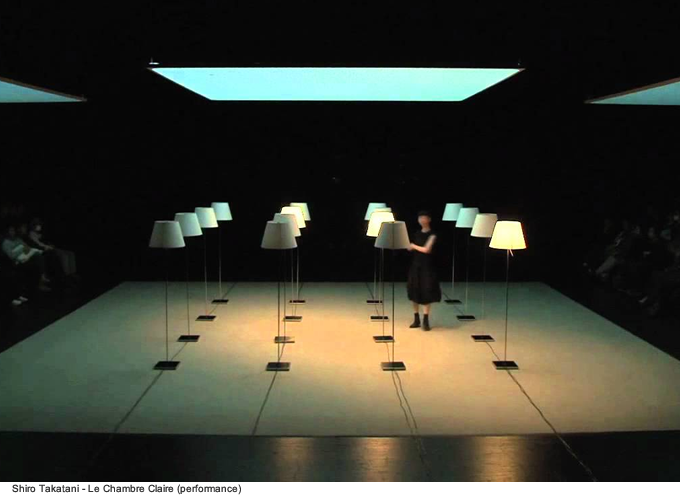 Barthes held that photographs essentially revealed “that which was (celui qui a existé).” Painting might emulate the look of things, but it does not show things themselves. Whereas photography captures “the scene itself, the literal reality,” and so evokes memories and presences in the viewer. Takatani likewise sees photography’s capacity to form images as the basis for all media expressions.

Works slated for this exhibition include the installations Camera Lucida (2004), Chrono (2006), Toposcan and Topograch (premiere; revised version), as well as works selected from the Museum collection o elucidate the history of photographic imaging up to Takatani’s endeavors.