Emmanuel Van der Auwera in the exhibition “Seeing is Revealing” 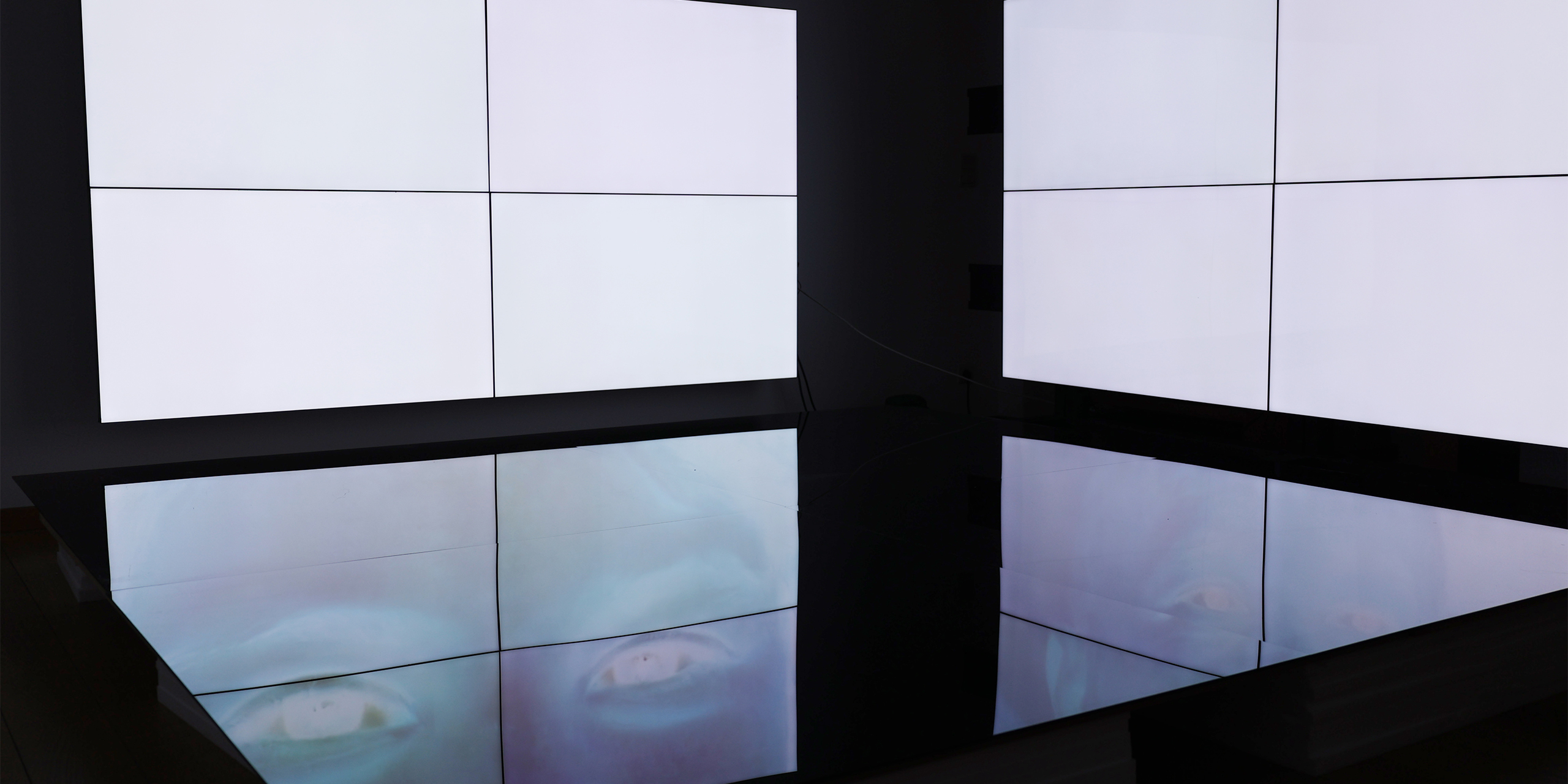 The Belgian artist Emmanuel Van der Auwera is more than just an attentive observer of our times. In his first solo-exhibition in Switzerland, he presents a world of striking imagery that puts our very perception to the test.

Seeing is Revealing – seeing as revealing, as uncovering something underlying runs like a thread through his work. In his expansive video installations, Van der Auwera devotes himself to questions of perception – from the mediated experience of a world seen through a smartphone to the images that come from intelligent machines. He often refers to real events, uses existing material from the Internet, which he re-sorts, deconstructs for its meaning and transforms into impressive aesthetic image tableaus. For his first solo exhibition in Switzerland, Van der Auwera has produced several new works that will be on view at HEK for the first time.

With the formal rigor of a logician, Van der Auwera dissects and analyses the meaning of images – how they depict reality, but also construct it at the same time. From the flood of images of our digitalised world, he creates expansive, immersive installations of enigmatic appeal and aesthetic strength. In his works, the artist devotes himself to current media events, directs his gaze to tragedies and taboos of our digitised world or to topics related to developments in social media. Like a chronologist, he collects in order to create his visual worlds from these observations of our present. In doing so, he negotiates the most pressing issues of our time, ranging from the dwindling freedom of the press to the expansion of the surveillance state, driven by the “search for the collective human experience,” as he himself writes. The screen itself becomes material in Van der Auwera’s video sculptures, and here, too, he is interested in revealing how the technical device works.

Emmanuel Van der Auwera (*1982) lives and works in Brussels, Belgium. In 2015, he was a laureate of the Ghent University of Fine Arts (HISK) as well as receiving the Langui Prize for Young Belgian Art. His work has been shown in numerous exhibitions, such as WIELS (Brussels, Belgium), Centre Pompidou (Paris), Palais de Tokyo (Paris), or Ars Electronica (Linz, Austria). In 2019, the artist had his first solo show in the United States entitled White Noise at 214 Projects (Dallas, TX), followed by two solo exhibitions in Brussels at Harlan Levey Projects and Botanique in September 2019.