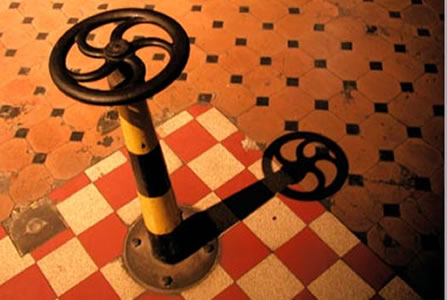 Since its inception, the video game has been preoccupied with presenting the world how players would like the world. From the arcade games of the 1980’s to the societal metaphors of contemporary gaming, video games have remained an agent of fantasy and imagination.

Often video games allow users to play along as characters they could never actually be (Indiana Jones or Harry Potter) or to interact within digital landscapes that are of this world (Hogwarts or Star Wars’ Planet Hoth). Many video games feel intrinsically hedonistic. The mock situations, characters, storylines or actions that a user might want to participate with but cannot. These games fulfil and satisfy. They substitute contrived cyber experiences for the real things.

This exhibit titled Interfaces of Imagination examines artwork on the Rhizome.org artbase that explore the way in the video game can be used as an artistic medium to manifest fantasy. Throughout the works, artists try to reconcile what human imagination wants and desires with virtual interactions that satisfy these cravings.

Instead of seeing the constraints of gameplay, setting, player characterization, and gaming narrative, these new media artists understand the video game to be a medium of manifesting fantasy. Their works, by extension, re-define the conventions of video gaming.