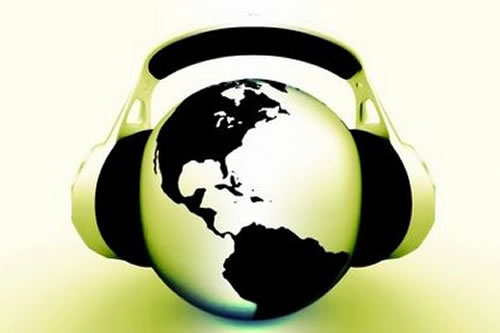 Dr. Alessandro de Gloria is a professor of Electrical Engineering and member of the Elios Group at the University of Genova. This group is involved with the design and development of serious games, which use human computer interaction technology to create gaming scenarios for educational purposes.

The first game created by Elios was Road Rider, a game for learning road rules, where the group designed everything from the story to the 3D scene to the virtual human dialogue.

The group are now working on Travel In Europe, a project which involving 15 different partners across Europe to design a virtual world for the promotion of European cultural and artistic heritage. In an online environment the player will move in a3D space representing the map of Europe, visiting cities, facing trials, improving their score. A Project Scientific Committee will drive the project, guaranteeing that 3D reconstructions, contents and interaction modalities meet the educational values of the cultural stakeholders.

I spoke with Alessandro de Gloria about this project, the evolution of his personal interest in serious games as an educational tool, and about the politics and ethics of gaming technology.

Philippa Barr: What is the origin of serious games?

Alessandro de Gloria: Serious games were introduced long before the videogames. Chess is a serious game, as are other board games. In serious games as games the ultimate target is to educate through entertaining. The educational objectives are hidden by the playful aspect of the game. In nature we can observe some sort of serious game when, for example young lion learn to catch the pray by simulating combat among each other. Serious game can be seen as a simulation of real situation. Through simulation we can learn how to face different situations without suffering the negative outcomes of decisions. For example, in a canonical alien attack we learn to fight the alien spaceships but during learning, we are destroyed several times. So we can learn how to avoid destruction. In reality it is not possible; once we are destroyed we cannot do anything else.

Philippa Barr: I thought serious games were always used for an industry or educational purpose? How can Chess be a ‘serious game’?

Alessandro de Gloria: With chess there is also an educational goal, you are teaching people to think and to learn strategy.

Philippa Barr: What provoked your interest in serious games?

Alessandro de Gloria: The serious game encompasses many of the subdisciplines of computer science and electronics, and requires innovative programming and hardware.

Philippa Barr: How does the experience of playing the game and experimenting with solutions helps students to learn?

Alessandro de Gloria: Learning has to be an unconscious process, and also there should be some sort of reward. Reward should come as a victory in a race, or as a social recognized prize that distinguishes the winner among the others. The reward is necessary to push students to play the game. Inside the games are all the good-actions that allow people to win but, at the same time, direct the student to “feel” the right principle that he has to learn

Philippa Barr: How did you become personally interested in this area?

Alessandro de Gloria: At the beginning at my academic career I was involved in microelectronic design. After 20 years I had designed many things and I had a lot of experience with microprocessors. This was a very interesting field because it is growing rapidly and you can see the technology doing something for the world. I started to work on mobile phones and now everyone has a mobile phone. Now I am more interested in research, but in Italy there are few places for research into microelectronics, all the key posts are in the US. In Italy we have no oil wealth, but we do have a strong cultural heritage. More than 50% of the cultural heritage of the world is in Italy.

Philippa Barr: Where do you get that figure?

Alessandro de Gloria: I have heard it a lot of times….

Philippa Barr: Is your goal to somehow join the cultural heritage of italy with this new gaming technology?

Alessandro de Gloria: Yes,. In 2003 we were commissioned by Comune di Genova to create a video game abouth the culture of Genoa in the 16th century. At this time, Genova was like New York, a very international city. Alot of people don’t know this. We made a smart game called Strada Nova, about the city and exhibited it in the Palazzo Rosso di Genova, and we received many positive responses

Philippa Barr: In general, how does the experience of playing the game and experimenting with solutions helps students to learn?

Alessandro de Gloria: People can experiment with solutions without the negative outcomes of failure. You can try different solutions and experiment, which is usually not possible in real life. In a game, you can be die many times while you learn what to do, in reality you die only once. In a game you can try what you want without negative outcomes.

Philippa Barr: So rather than telling people the rules they experiment and work them out for themselves?

Alessandro de Gloria: Yes. And in this case we also built in a social network. The game is online, so people from all over the world can connect to the game and speak with other players. The game was exhibited in several secondary schools and we interviewed the students to get feedback. It was was very successful.

Philippa Barr: So what are you working on now?

Alessandro de Gloria: We are working on a project for the European Union, a game about tourism called Tourism in Europe (TID). This is avirtual world where people can visit different cites in Europe, including Genova and London, and explore the environment, socialise with the people, learn aboutthe food, the weather, the lifestyle – this is also a way to let young people to understand the culture of the other european young people. You can find this project online at http://www.tieproject.eu. This project is similar to one we did about the cultural history of Venice called Vegame which was funded by Telecom Italia. This was a mobile game for PDA, where people go around Venice and get questions abou the cultural life and heritage of the city. We made it a race, so there is a competative element too.

Philippa Barr: What is the relationship between games and literature or film?

Alessandro de Gloria: With games there is more physical interaction, you can explore yourself, because you can make the game interact with physical as well as virtual environments. With a book you are active too but you can only imagine possibilities, you cannot verify them.

Philippa Barr: But how can an algorithm calculate the result of human experimentation and effort, when in the real world so much luck is involved? How to you measture success and failure in this system?

Alessandro de Gloria: An algorithm can observe the actions of the players and in accordance with a previously defined strateg,y measure the agreement of these actions with that strategy and then give a measure of the difference between what was expected and what was observed. It is always the designer of the game that decides what is good and what is bad. Also in real life we take decisions without thinking that they can be affected by fate. The algorithm has to look if you take the right decision or to test if you have really understood the right decision. But the right decision is right because it is the designer that decides that it is right.

Philippa Barr: How do you factor in luck or acts of God into a game that stimulates a war situation, for example?

Alessandro de Gloria: Usually we decide the next event on the basis of the current situation, the players moves, the possible evolutions and some randomness that simulates all the factors that cannot be modeled and can affect the evolution of the events.

Philippa Barr: What is the role of ethics in game design? The games can be built for many purposes, including military education.

Alessandro de Gloria: Serious games are a technology that people can decide how to use. As for many technologies, it can be used for a humanitarian purpose or for other goals. It is up to people to identify the correct use. Certainly serious games can help to make people aware that other, non usual, solutions can be viable and to be experienced.

Philippa Barr: Do you have any comment on the relationship between serious games and military training or war simultation? What do you think of the use of serious games to test non violent resistence strategies?

Alessandro de Gloria: Military training could be for attack or defense purpose. Certainly training people to make a good defense strategies could be useful. But in principle inside a game there is no ethics, the ethics is given by the creator of the game. As I said before, serious game can be used for experimenting different strategies to cope to different situations. The use of serious game for learning the use of non violent resistance strategies could be useful. But a serious game is very useful if it give an exact simulation of the situation we want people learning to cope. You can use the game to simulate a situation because you want to design a strategy of defence. But then you can also use a game to instruct people what to do if there is an earthquake. It is a matter for the game designer to have an ethical perspective. A serious game is a technology, a powerful technology, but behind it there is always the man that designs the game and can use it for his purposes.