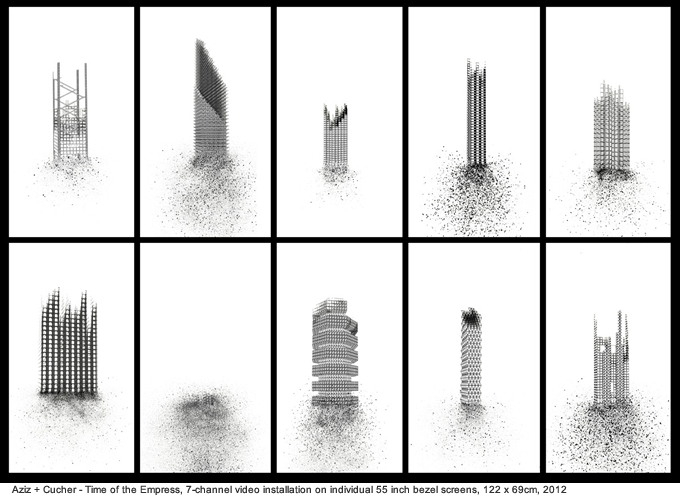 From 16th January 2014, Gazelli Art House will host a major exhibition of new photography and animations made by the artist duo Aziz + Cucher who have been life partners and collaborators since 1992.

The works in the exhibition will focus on their continued interest in representing the landscape through a stylised visual vocabulary that is lyrical, meditational and at times foreboding. The exhibition will include a new installation of Time of the Empress from their critically acclaimed Some People, an exhibition of four complex video installations  that attempts to wrestle with the underlying madness of everyday life amidst political turmoil throughout the Middle East. Focusing largely on the strain between society’s aspiration for progress and the cyclical nature of history, the works in Some People show the stark contrast between things feeling as if they are progressing and knowing that they are always staying the same.

This new version of Time of the Empress (2012) will contain several large flat-screen panels hung from the ceiling of the gallery, displaying a series of animated drawings that present modernist  buildings  in  an  endless  loop  of  simultaneous  construction  and  disintegration. Through a labour-intensive animation process, these architectural drawings are suspended in a cycle of growth and dissolution, creation and destruction – like a series of Towers of Babel- simultaneously rising and collapsing. This constant movement alludes to the Book of Ecclesiastes: “There is nothing new under the sun,” where history repeats itself, empires rise and fall, and time is fleeting and ephemeral. Time of The Empress casts a meditational glance at historical cycles of growth and decay and the impermanence of the present. 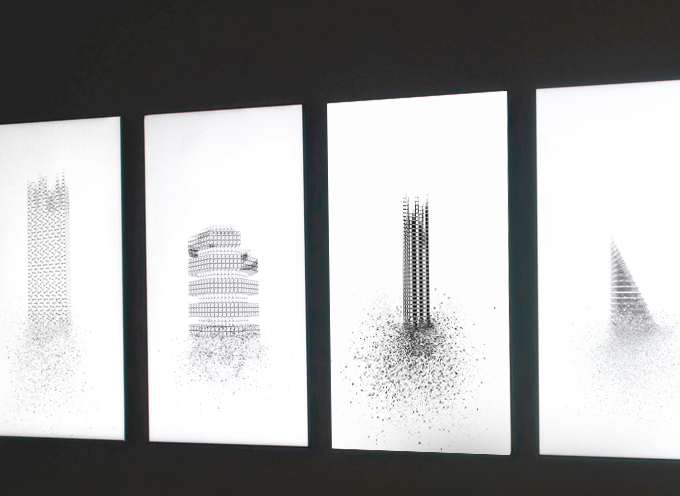 Alongside this video installation new works from their Sce n aps e series will be presented for the first time. Continuing their exploration of digital manipulation Aziz + Cucher produce disorienting images of landscapes, trees, water and flowers. They manipulate pixels to great effect,  lending  ordinary  natural  scenes  a  simultaneously  dark  and  fantastical  quality.  In Scenapse #8 (Desert Nocturne) the varying texture and density of each and every bush, branch  and  leaf  creates  a  sense  of  constant  flux;  a  seemingly  traditional  landscape  is transformed into an enigmatic other-world that is saved from prettiness by the sense that they  have  been  eaten  away  from  within.  Nothing  is solid;  everything  is permeable,  lacy, almost   transparent.   The   works   in   this   series   have   been   described   as   ‘electronic impressionism’ and this remains true of new pieces being unveiled at the show.

Seen together, these two bodies of work evoke feelings of fragility and transience, qualities that are part of both the natural and man-made world.

Since the beginning of their career together in 1992, Aziz + Cucher have worked in a variety of media  including  digital  imaging,  sculpture,  animation, and video-installation.  They were considered  pioneers of digital manipulation  in fine art photography  in the 1990s and their work  features  in  prominent  collections  worldwide,  including  San  Francisco’s  Museum  of Modern Art and the Fond National d’Art Contemporain in Paris. The artists also represented Venezuela in the 1995 Venice Biennale. 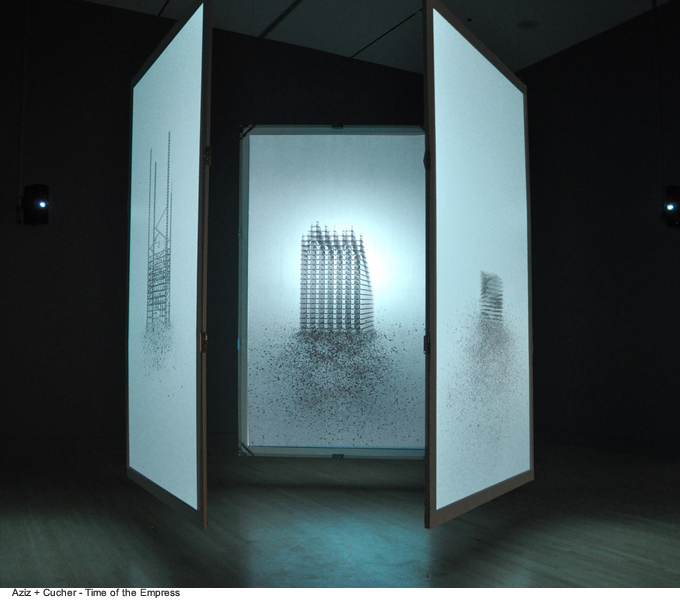 Gazelli Art House opened its first permanent gallery space on Dover Street, London, in March 2012 after hosting conceptually interlinked off-site exhibitions across London in 2011. The gallery’s inaugural exhibition was entitled ‘Bodhi’ and consisted of new works by international artists such as Olympia  Scarry, Jaume Plensa, Shan Hur and Khanlar  Gasimov. In October 2012, the gallery re-opened its original space in Baku, Azerbaijan where it held exhibitions with Azeri artists since 2003. The direction of the gallery changed over the years, and it will now replicate the international focus of its London space by showcasing solely international artists.

As part of Gazelli Art House’s on-going commitment to art education, the gallery will invite individuals to embark on a journey of understanding art through talks, workshops and tours. As an art organisation they are dedicated to providing a new setting for the understanding and deeper appreciation of art.