Red Umbrella Struggles is an international group exhibition that revolves around the controversial and multifaceted topic of sex work. The show takes its inspiration from two newly commissioned projects by Edith-Russ-Haus’s 2018 Media Art Grant holders, Petra Bauer and Daniel Jacoby. Both artists are interested in investigating the topic through strategies of collaboration and dialogue.

Rather than merely representing and picturing sex workers and their industry, the artists of this exhibition, through means of conversation, move the emphasis from voyeurism or victimization to questions of dignity and rights. In acknowledging that sex workers are experts on their own lives, these artist projects look at how the complexities of gender, migration, and labor are involved in this battlefield of ideologies. 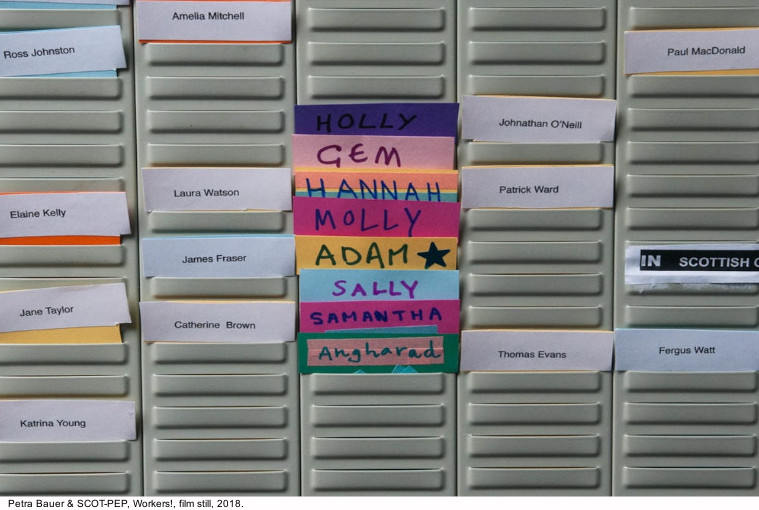 Swedish artist and filmmaker Petra Bauer has been working on a film project with SCOT–PEP, a sex-worker-led organization in Scotland, for the past three years. The result of their collaboration, Workers! (2019), was filmed inside the Scottish Trade Union Congress, a building rooted in workers’ struggles for rights and political representation. During their one day “occupation” of this institution, conversations unfolded that center the voices of sex workers in the discussion of their own labor and lives.

The complex exhibition installation includes the historical forerunner of Bauer’s work, Carole Roussopoulos’s documentary Les prostituées de Lyon parlent (1975). The film follows the story of the occupation of a church by 200 sex workers in protest of police harassment and dangerous working conditions. Workers! also takes inspiration from Chantal Akerman’s iconic Jeanne Dielman, 23, quai du Commerce, 1080 Bruxelles (1975), which depicts the daily routine of Jeanne as a mother, housewife, and sex worker. Bauer’s film is likewise a tool for exploring debates on women’s work beyond the polarizing divisions prevalent in feminism, both past and present. 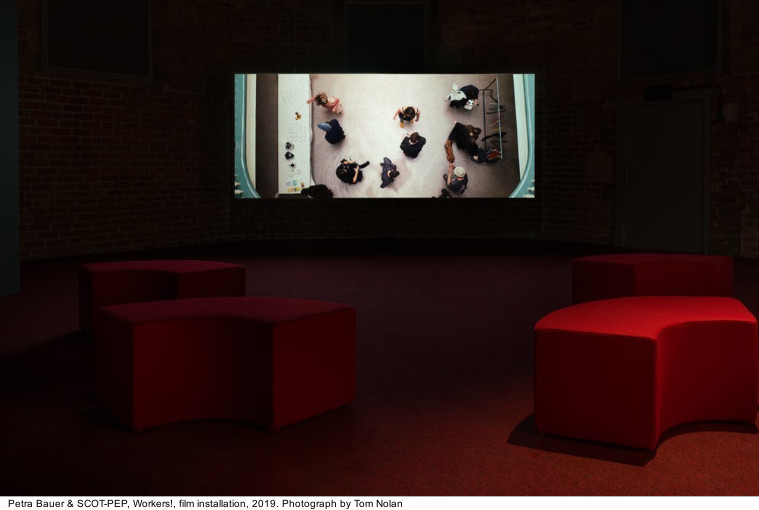 The video work Expression of an Egg (2019) by Daniel Jacoby takes the sleepless flow of live-stream webcamming sites as its source material. The realm of camming has grown incredibly fast over the past decade, facilitated by higher bandwidths and cheaper technologies. Expression of an Egg navigates a series of vaguely articulated images that eventually lead to a deeper connection with the online persona of one individual: webcam BDSM performer Matt, with whom Jacoby began virtually collaborating on the staging of a fiction. Using Hiroshi Teshigahara’s movie The Face of Another (1964) as a reference and the live stream as a filming device, Jacoby’s video zeroes in on Matt as its protagonist. In an effort to relate to the main hero of the Japanese film, whose life is drastically affected when he’s given a prosthetic face, the webcammer creatively adapts scenes of the original film to his current camming avatar: a transvestite bimbo. Through symbols borrowed from Teshigahara, Matt attempts to represent a feeling of alienation present in the camming world that is potentially transferable to modern urban society at large.

The exhibition title, Red Umbrella Struggles, references the international symbol of the sex workers’ rights movement, which was first used in 2001 during a performative event organized by the Slovenian artist Tadej Pogačar for the 49th Venice Biennale. The Red Umbrella March was part of Pogačar’s participatory project CODE:RED (1999–), which researches and discusses various aspects of sex work as a specific parallel economy.

The exhibition presents various iterations of Pogačar’s project, which, like Bauer’s, positions itself both as an artwork and as in service of the struggle for labor rights. Other works in the exhibition focus more on specific features and characteristic of this particular type of labor. 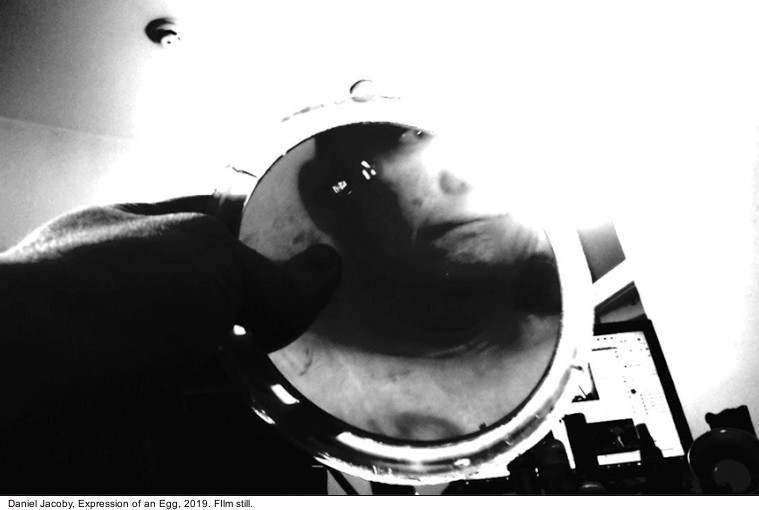 Lilla Szász’s photo installation Mother Michael Goes to Heaven (2008–10) is the result of a long-running collaboration and friendship with a group of sex workers in Budapest. The series portrays experiments in queer family structure by following the lives of its subjects as they protect and support each other on the boundaries of society, in a position riddled with precarity and insecurity.

In One Day (2007), Danish film director Ditte Haarløv Johnsen represents the hardships of motherhood and the suffocating reality of migrant labor by following a day in the life of a West African sex worker in Copenhagen. Meanwhile, striking a lighter note, Louise Carrin lets us imagine through her documentary Venusia (2016) the boring and dull moments that also attend this job, aligning its ins and outs with any other type of work routine. 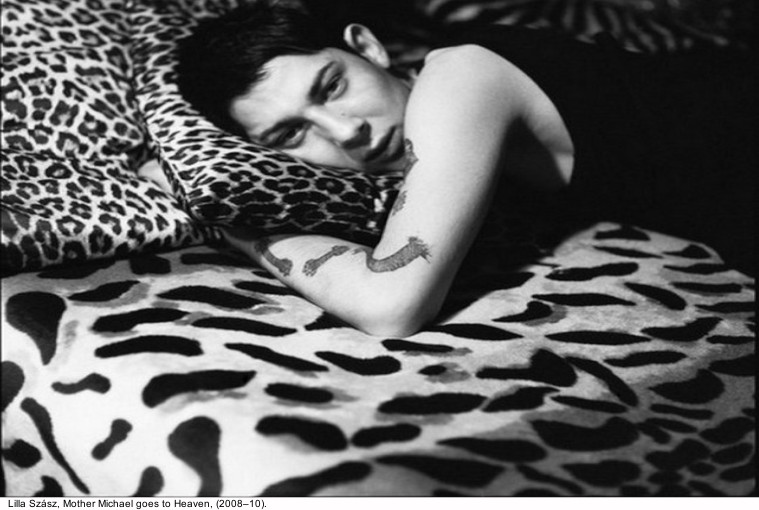 The various political and moral discourses on sex work tend to deprive sex workers of their voice and pose difficulties to their attempts to differentiate and shape their own identities. Red Umbrella Struggles pictures this social struggle of this marginalized profession, which is mirrored in the mutual support likewise involved in the artist collaborations.