Social Facts is the title chosen by Susan Hiller for her exhibition at OGR. It starts from an expression that she often uses to describe the cultural artefacts from our society, which she uses as her basic materials. Hiller (b. 1940, American-born, London-based since the 1960s) is one of the most influential artists of her generation.

With her pioneering installations, multi-screen videos, sound works, ‘group investigations’, photographs, sculptures, online interactive projects, writings and lectures, spanning nearly five decades, Hiller devotes her attention to what is “other”, out of sight, unimportant, and often relegated to the margins of the mainstream.

The artist says: “What I’m interested in is invisible, in a strange way. I don’t mean that it is literally invisible. I just mean that nobody pays any attention to it, and therefore they don’t see it.” In her explorations of the subconscious or unconscious mind, she has used dreams and memories, telepathy, automatic writing, protest songs, extinct languages, supernatural or visionary experiences, sightings of unidentified flying objects. 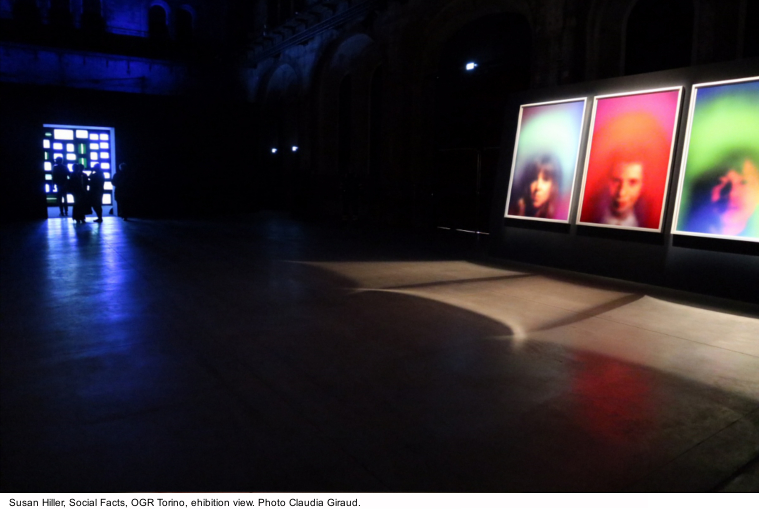 She is fascinated by how technology affects our perception of the world and how much the Internet is today a gigantic global repository of tales, stories and confessions. She investigates the boundary between ordinary and extraordinary, credible and incredible, rational and irrational, but leaves it to her audience to witness to the contradictions of our values systems, and to orient themselves according to their own convictions – a frequent contemporary condition, now that news can be “fake”, facts can be “alternative”, and communication travels through individual or collective social media bubbles.

At OGR, Hiller offers an immersive experience that centres around a new project entitled Illuminazioni (Illuminations, 2018), a 30-minute videoprojection featuring the voices of individuals describing experiences of mysterious and unexplained luminous phenomena. Hiller has held solo exhibitions in the most important international museums. 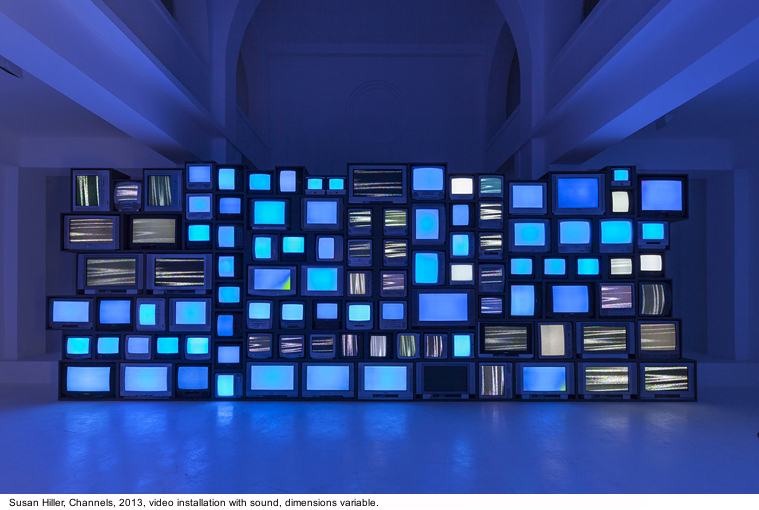 She participated in Documenta 13 (2012) and Documenta 14 (2017), in Athens and Kassel. In Italy, Hiller exhibited at Castello di Rivoli (2006, curated by Carolyn Christov-Bakargiev) and at Fondazione Antonio Ratti, Como (2011), where she was Visiting Professor.