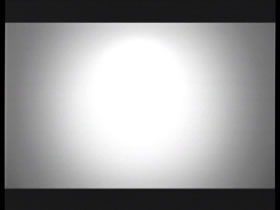 His last work, Hapless, Helpless and Hopeless, is a video created in collaboration with musician Peter Dowling, realized assembled advertising extract clips. The experiment tests the possibility to redefine grammar and codes that dominate our communication media. So here’s screaming children in their nappies, beautiful women that shake their fabulous hair, wonderful houses, five-layers hamburgers By now the standard database of advertise is integrant part of our everyday life  a constant flux of 30 seconds clips that only have one goal: tell stories through images to make us buy products. We use to see them everyday; our brains absorb continuously those little put powerful messages, recording their meaning. But what if all those noses, eyes, mouth and hair would be mixed, looped, stopped in freeze frame in a continuous flow of images? What if words and sounds would be dissociated by their images and united in a score?

If language is a system of arbitrary symbols organized following the rules, what happens if an artist tries to shuffle the cards? Nonsense? Total aphasia? Or is it maybe a new grammar, an improvised syntax that produces a different but valid chain of meanings? This last statement is the base of Rob Kennedy work, who explores limits and possibilities offered by mixing, manipulation and messages elaborations with sound artists and composers to redefine codes inside different structures, even if they’re not less sensible than the ones we’re used to (and somehow addicted).

Rob Kennedy invited the American artist Peter Rose, a veteran of deconstruction of meanings, mostly verbal ones, to present his video at Location One gallery in New York. Together, they alternated performances and videos, dismantling the grills of the standard communication in a mix of words, images and sounds. At the end of the presentation, Rob Kennedy talked with us about his work.

Monica Ponzini: What was the inspiration for this work? Why you decided to use advertising footage?

Rob Kennedy: This is part of a three-piece work. I worked with three separate composers and trying to work in away that was improvised -in the sense of how musicians tend to improvise- and see if it was possible to do that kind of thing, but using video as well. The idea was to take some kind of structure of television production: one is advertisement, another one is generic English fictional drama, another one is much more based on human relationship with television. It was an attempt to look at the conventions of television production, understand if you can use this kind of material for something else, that bypasses the normal television dialectic  that has a beginning, a middle and an end and is all about the product. Is there a way of using the language with some other kind of grammar attached to.

Monica Ponzini: Why did you decide to work with television-related material?

Rob Kennedy: It’s a continuous structure, is such an all-invasive kind of construction, and it’s in everybody’s life, it has a familiarity, but also a denseness, there’s so much “stuff” in it, that’s why I wanted to work with it.

Monica Ponzini: Why are you so fascinated by language and its rielaboration?

Rob Kennedy: Really to find out what other ways there are of using these materials. In this case, TV is something that is constantly coming into my life, so I asked myself if there was a way I could take that information and reuse it, remake it into a language that I understand a bit more, that is more acceptable to me.

Monica Ponzini: More in general, do you think we’re going toward a fragmentation of language, through TV and the Internet?

Rob Kennedy: It’s fragmented to some degree, but it’s also set within a bigger structure, and that structure becomes powerful, made of conventions. If you can venture out of those conventions, maybe it’s possible for other things to happen, not necessarily predictable.

Monica Ponzini: Do you think we’re going toward a culture of remixing, as a lot of critics say?

Rob Kennedy: It’s been going on for a long time. I haven’t used a camera myself in a piece of work for maybe five years. Every image that is possible to make is already out there. The only thing that changes is the relationship between images, between images and sounds, between sounds. Is the way we put things together, or pull them apart and reput back together that changes.

Monica Ponzini: And what about language?

Rob Kennedy: Well, language  whether literal or whether language of pictures or language of sounds  is just another convention, another structure that used to communicate ideas. It’s very limited in what it can do, and yet our lives are run by these conventions… but if you can work outside of them, there are other opportunities, that aren’t noticeable otherwise.