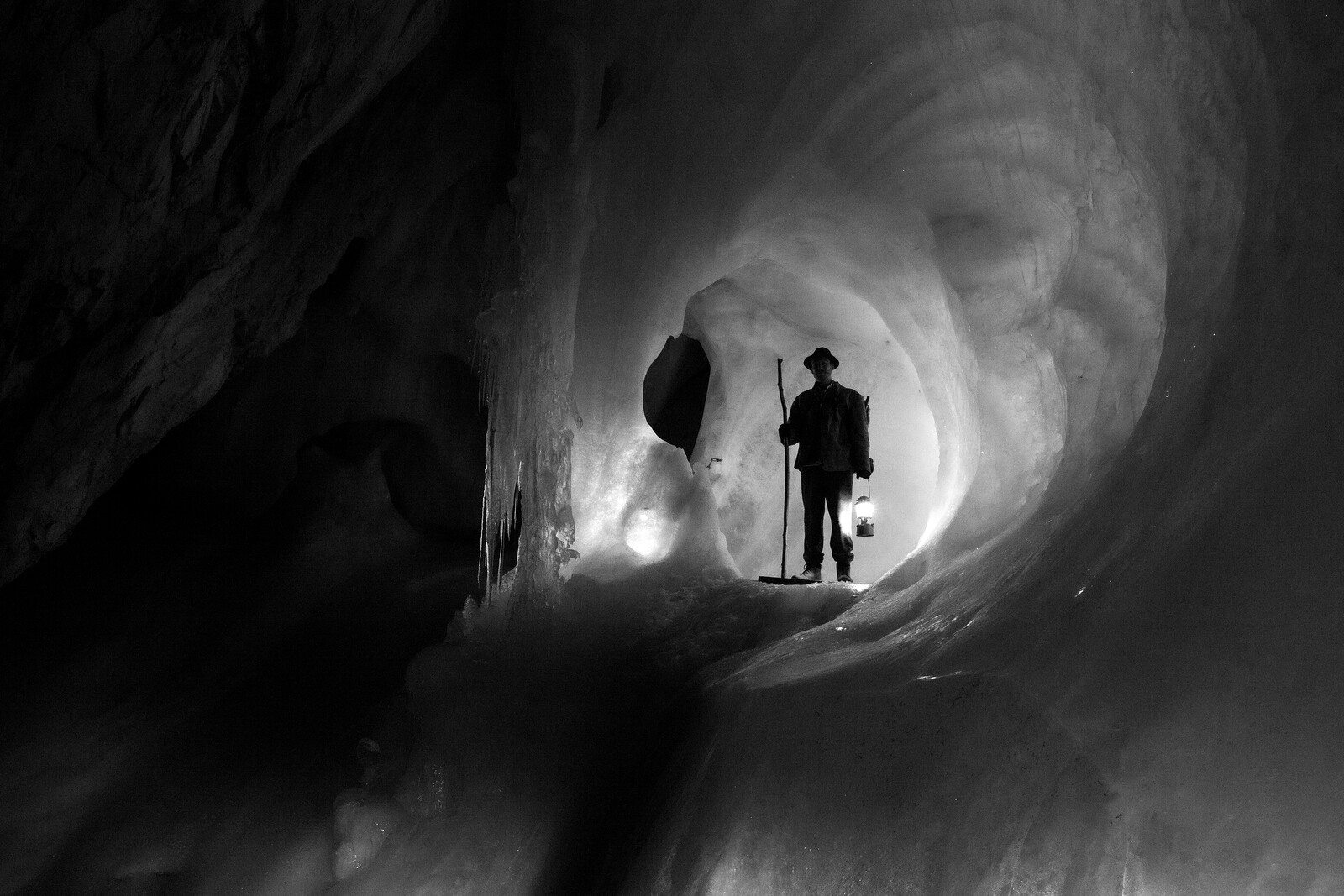 Fiona Tan is known for her video and film installations in which she explores memory, history and the role of images. The exhibition Mountains and Molehills is a journey through a selection of recent works from her oeuvre, in which the passing of time and the role of the landscape as a mental space are recurring themes.

The exhibition focuses on Gray Glass (2020) and Inventory (2012), and the new work Footsteps (2022), which Fiona Tan made at the invitation of Eye. These video installations explore the connections between landscape, environment and humankind, and also the relationships between image, maker and viewer. For Tan, time is both a medium and a vehicle. It is a material that she studies, shapes and processes into artworks – often in combination with still and moving images. In addition, the artist looks at ways of perceiving and representing with a critical but also poetic eye.

In Footsteps, her latest work, Fiona Tan creates connections between personal stories and the world around us. She makes use of material found in the Eye collection – forgotten documentary footage from the early days of silent film revealing scenes of the Netherlands as it was more than a century ago. The footage shows children at play and Dutch windmills, but above all people engaged in heavy physical labour in the countryside and in factories. In a fascinating juxtaposition she combines these images with excerpts from letters she received from her father just after she moved to the Netherlands in the late 1980s. Through his education in Indonesia, Tan’s father knew a lot about the Netherlands without ever having visited the country. In the letters he meanders seamlessly between personal news and world events, such as the fall of the Berlin Wall and the Tiananmen Square protests in Beijing.

Footsteps is 97 minutes long and is screened daily at set times in the exhibition.

A journey through time and space

Fiona Tan’s work reveals a fascination with archives, museums, collections and depots, and with their accompanying architecture. Where does the human urge to preserve things come from? In the installation Inventory (2012), Tan turns her cameras on the eccentric museum house of the eighteenth-century architect and collector Sir John Soane. Gray Glass (2020) is a large spatial installation in which we follow a lone traveller on his journey across the Alps with a mirror strapped to his back. The title refers to an optical instrument popular with eighteenth-century landscape painters. In Island (2008), we find ourselves in a desolate landscape where time appears to stand still.