On view in Belgrado “Meccanicismo” by Fabrizio Bellomo

On the occasion of his first solo exhibition in Serbia Fabrizio Bellomo carries on his research about the role and ascendancy of the mechanical means upon the development and persistence of the mechanistic thought in the contemporary society.

The installation at Podroom in the Belgrade Cultural Center presents latest films together with a selection of video works from the last ten years, re-examined in the light of the critical trajectory Bellomo has been delineating with his artistic and literary digressions in the fields of architecture and study of material culture.

The mechanistic mind-set became the cornerstone of modernity since the age of Descartes and Hobbes. It shaped the industrial revolution and permeates the current advancements in the IT and control systems. The mechanisms and gears through which it reveals himself remain today invisible and indefinite to many. 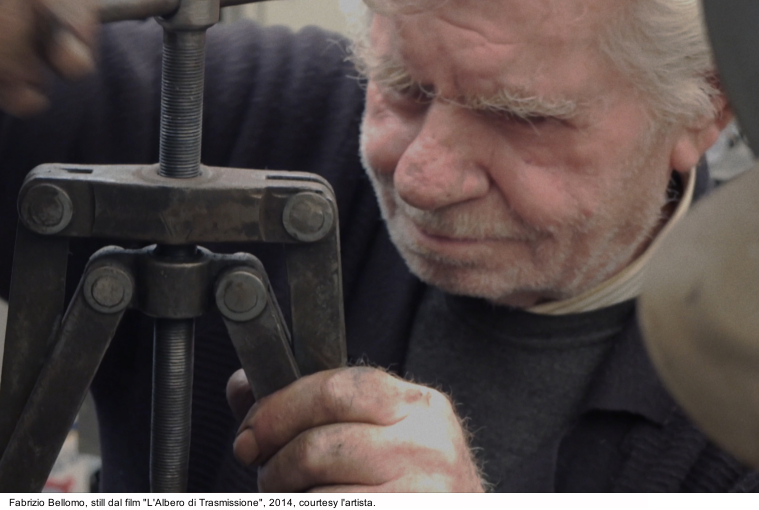 Nevertheless their preponderance as means to configure the experience of reality seems ineluctable. Grids, space renderings through vanishing points, Cartesian coordinate systems, encodings and encryptions: all these tools underpin the technologic developments and condition the individual relation with the environment, adapting and formatting it for a user-friendly experience through filters, interfaces and calibrations.

Undeniably the position of the image generated by the widespread use of means of photographic reproduction – mechanic or digital – has become pivotal as a tool to experience, comprehend and produce reality. Bellomo has been tackling these issues through performances, installations, films, video works, and essays.

He follows the method of the image researcher in order to investigate the social and aesthetic effects of the hegemonic mechanistic thought in the individual and collective relationship with memory, urban space, human body and self-representation, with a specific interest for the technic and technologic equipment providing the survey and archive of the real. 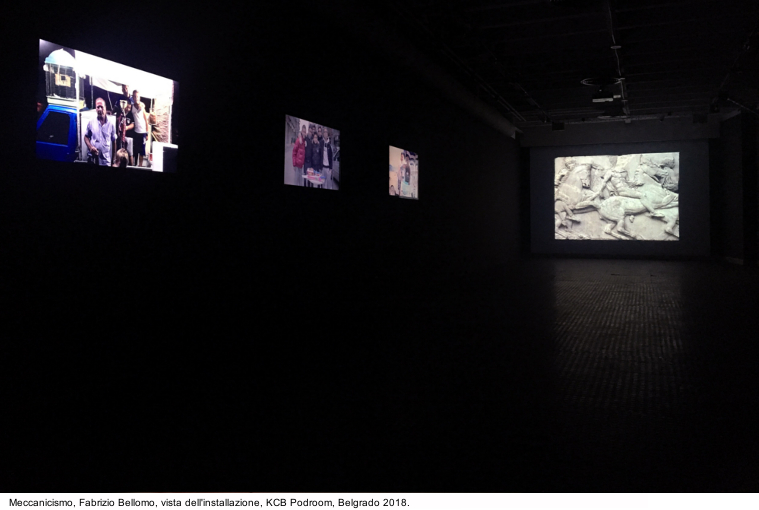 Fabrizio Bellomo (*1982 Bari, Italy) pursues his research in a hybrid and multidisciplinary way. His works have been exhibited in Italy and abroad in personal and collective exhibitions, through public projects, film festivals and presentations.

He has collaborated with several Municipalities and Institutions for the realization and design of works of public art. His works are part of public and private collections. He won numerous awards including the Premio Celeste in 2012 with the video 32 dicembre, the InsideArt special prize at Talent Prize with Untitled (numeric portraits), and the fellowship NCTM e l’arte. 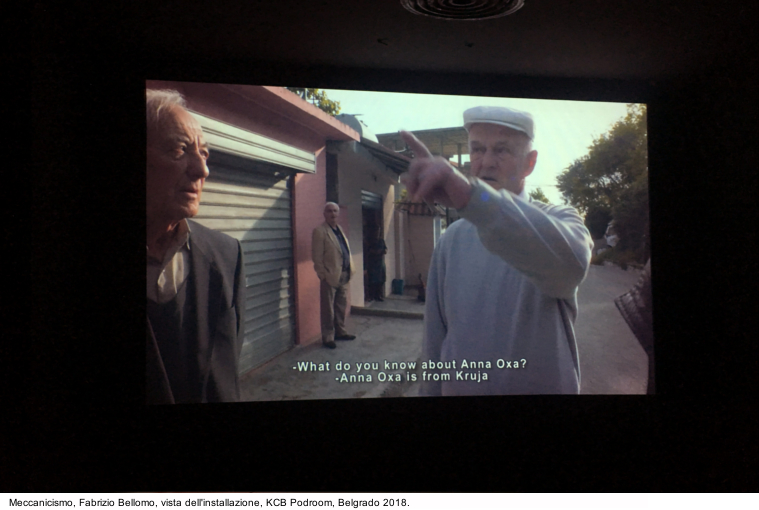