“Animals & Us”: an exhibition on the relationship between humans and other animals

This summer Turner Contemporary presents Animals & Us, a major exhibition exploring artists’ reflections on the relationship between humans and other animals. The exhibition focuses on contemporary and 20th century art with select historical artworks, new works and commissions.

It comes at a time when around 38% of all known species are on the verge of extinction. With the death of Sudan, the last male northern white rhinoceros, Animals & Us is a re-examination by over 40 artists of how humans coexist and connect with other living species.

Since our prehistoric ancestors painted the creatures that shared their world on cave walls, humans have explored their relationship with animals through art. As John Berger notes, our first paintings and symbols were animals, paradoxically “what distinguished man from animals was born out of our relationship with them.” 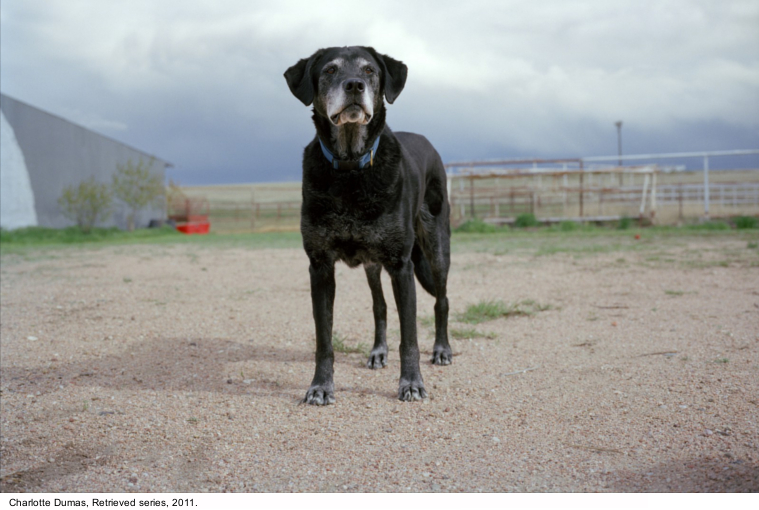 Historical objects such as Egyptian artefacts and a Medieval Christian bestiary probe the ways we have used animals to symbolise ourselves and make sense of the world, alongside contemporary works by Laura Ford and Raqib Shaw playing with anthropomorphism, myth, fable and human-animal hybrids.

Our lives and interactions with animals, our closeness and distance from them are explored in pieces like Mishka Henner’s aerial photographs of Texan cattle feedlots that visualise our disconnection from the food we eat, and Candida Hӧfer’s photographic series Zoologischer Garten (1990 – 1999) that shows zoo animals in their artificial environments.

Our close bond with our pets is reflected by artists such as Andy Warhol, Tracey Emin and William Wegman, whose own pets have been an inspiration for their work. Many of the artists are attempting to connect with animals, to understand something of their internal mental lives. 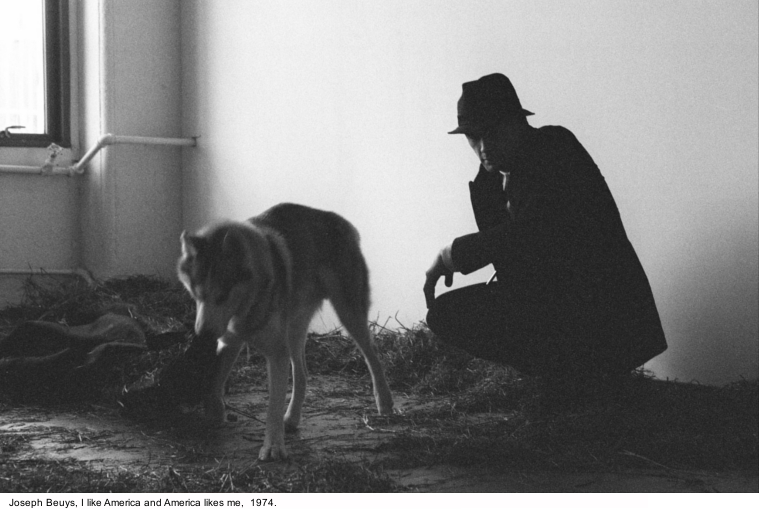 I like America and America Likes Me (1974) sees Joseph Beuys spend three days in a room with a wild coyote. A newly commissioned sculpture by Stephanie Quayle, in partnership with Sidney Cooper Gallery in Canterbury, encourages visitors to look into the eyes of a troop of chimpanzees taking over the gallery.

Turning a lens on our animal selves, many of the artists are questioning the distinction between human and animal. Animal intelligence and creativity is celebrated in Andy Holden and Peter Holden’s homage to the skill of the bower bird, while Laura Gustafsson and Terike Haapoja present a new iteration of Museum of Nonhumanity, a museum of the near future in which the boundary between humanity and animality has become history.

Installed across all Turner Contemporary’s first floor galleries, Animals & Us encompasses a wide range of media, from painting and sculpture to video and installation. Drawing on subjects from biology and evolution, to anthropology and technology, it asks questions about how we relate to or differentiate ourselves from other living beings. 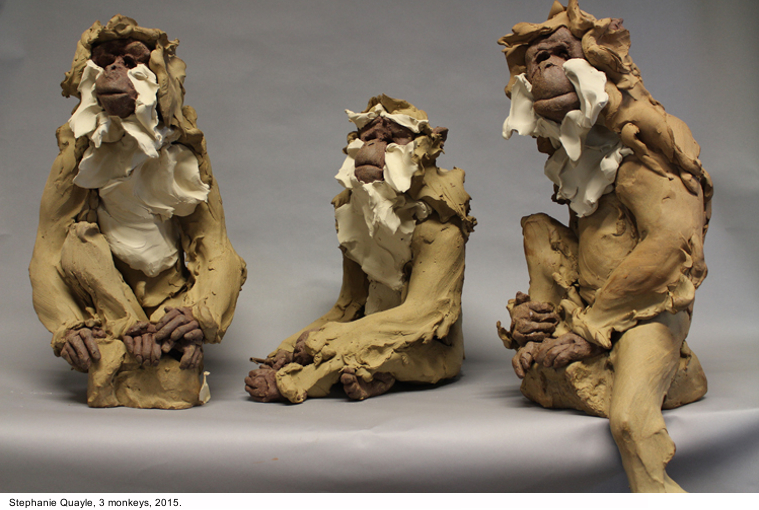 Turner Contemporary in Margate is one of the most distinctive galleries in the UK; its impact stretches beyond culture-led regeneration and the showcasing of world-class exhibitions, to pioneering change by making the arts more vital and connected to daily life.