Humans and non-humans, movements, speeches, gestures, music, light, and smoke interpret composer Pauline Oliveros’ 1974 score of the same title. The audience is invited to communicate telepathically with all of the elements on screen, including performers Marwa Arsanios, Werner Hirsch, MPA, and Ginger Brooks Takahashi.

While the action of the film appears abstract, it nonetheless includes references to leftist protest, queer S&M club life, acts of surveillance and, finally, fantasies of new relations between human and non-human objects in an interstellar dimension. A published text by Ulrike Meinhof appears—“From protest to resistance”—written in 1968, two years before Meinhof went underground and joined the RAF. 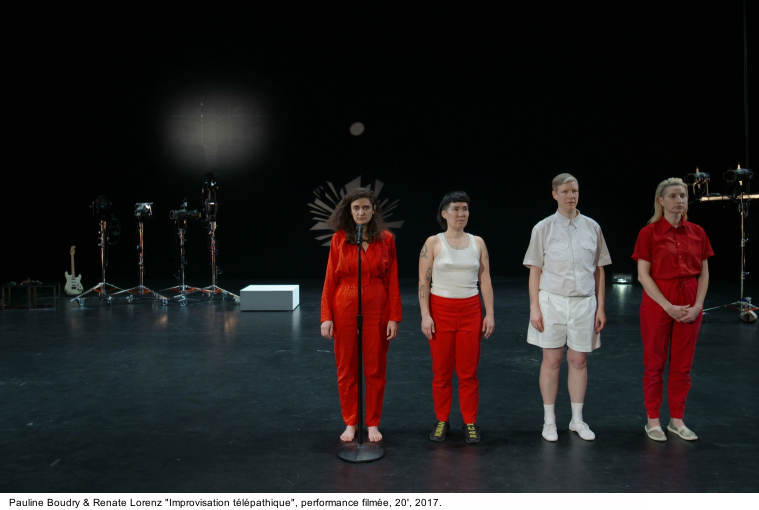 The text marks the rise of leftist movements against the continuation of fascist and imperialist ideas in postwar Germany. Challenging the idea of images as mere depictions of (political) actions, this filmed performance speaks about productive tensions between the fantasy of an action and the action itself.

Artistic-political methods such as opacity—opposing the principles of rendering the Other transparent—determine the duo’s way of creating installations. With their films and sculptures, and the placement of screens and objects in space, they create a dense net of references to the history of art and the often cruel and excluding history of visualization and the gaze.

They play with dis/connections between objects and meaning, and with the conventional gendering of material. Does the hair of a huge sculptural hair-work refer to a wig? Does it refer to the history of drag performance? Or is it a glamorous prop? A minimalist object becomes a stage, and the visitor suddenly participates in a narrative that hints towards an alternative future. 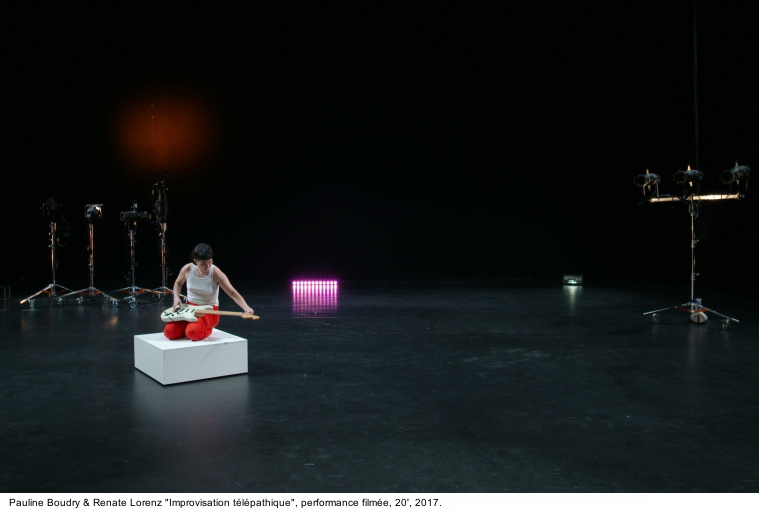 Improvisation télépathique  has been shown for the first time at Contemporay Arts Museum, Houston in 2017. Pauline Boudry and Renate Lorenz have been working together in Berlin since 2007. Their staged films and film installations often start with a song, a picture, a film or a script from the past. They produce performances for the camera, staging the actions of individuals and groups living—indeed thriving—in defiance of normality, law and economics.

Their films upset normative historical narratives, as figures across time are staged, projected and layered. Their performers are choreographers, artists and musicians, with whom they are having a long-term conversation about performance, the meaning of visibility since early modernity, the pathologization of bodies, but also about glamour and resistance.