At key moments in history, artists have reached beyond galleries and museums, using their work as a call to action to create political and social change. The Brooklyn Museum’s exhibition Agitprop! explores the legacy and continued power of politically engaged art through more than 50 contemporary projects and artworks from five historical moments of political urgency. Agitprop! will be on view from December 11, 2015 through August 7, 2016 in the Elizabeth A. Sackler Center for Feminist Art.

The term agitprop emerged from the Russian Revolution almost 100 years ago, combining the words agitation and propaganda to describe art practices intended to incite social change. Since that time, artists across the ideological and global landscape have adopted modes of expression that can be widely reproduced and disseminated.

Agitprop! will feature a full range of these materials, from photography and film to prints and banners to street actions and songs, TV shows, social media, and performances. Connecting current creative practices with strategies from the early 20th century, these projects show artists responding to the pressing questions of their day and seeking to motivate broad, diverse audiences. 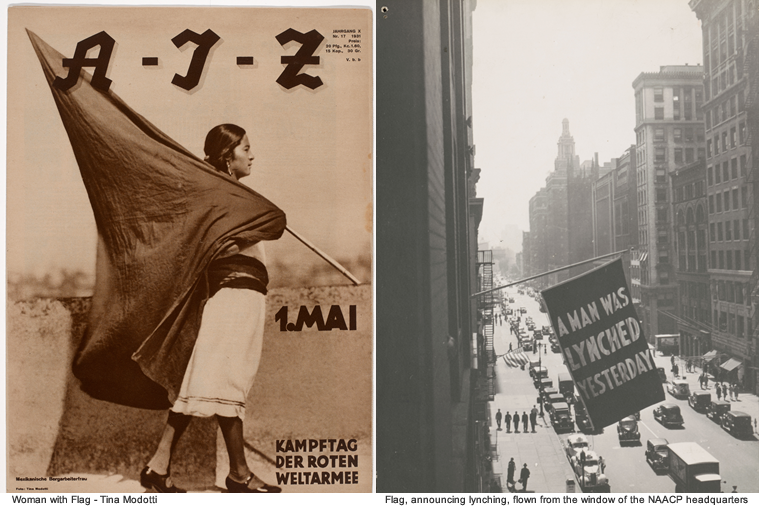 In keeping with the collaborative spirit of agitprop, contemporary artists participated in the selection of the exhibition’s content, thereby opening up the process to reflect multiple perspectives and positions. Unfolding in three waves, Agitprop! kicks off on December 11 with five case studies in early agitprop and 20 contemporary art projects selected by the Sackler Center staff.

The first round of participants will each invite an artist or collective whose work will be added to the installation beginning February 17; that second group will then invite a final round of artists, whose work will be incorporated on April 6. In total, more than 50 contemporary fusions of art and political action, involving hundreds of contributors, will be exhibited.

The first round of invited artists includes: Luis Camnitzer (US/Argentina), Zhang Dali (China), Chto Delat (Russia), Dread Scott (US), Dyke Action Machine! (US), Friends of William Blake (US), Coco Fusco (US), Future farmers (US), Ganzeer (Egypt/US), Gran Fury (US), Guerrilla Girls (US), Jenny Holzer (US), Los Angeles Poverty Department (US), Otabenga Jones & Associates (US), Yoko Ono (Japan/US), Sahmat Collective (India), Martha Rosler (US), Adejoke Tugbiyele (Nigeria/US), Cecilia Vicuña (Chile) and John Dugger (US); and, in a collaborative work, The Yes Men (US) with Steve Lambert(US), CODEPINK (US), May First/People Link (US), Evil Twin (US), Improv Everywhere (US) and Not An Alternative (US), along with more than 30 writers, 50 advisers, and 1,000 volunteer distributors (US). 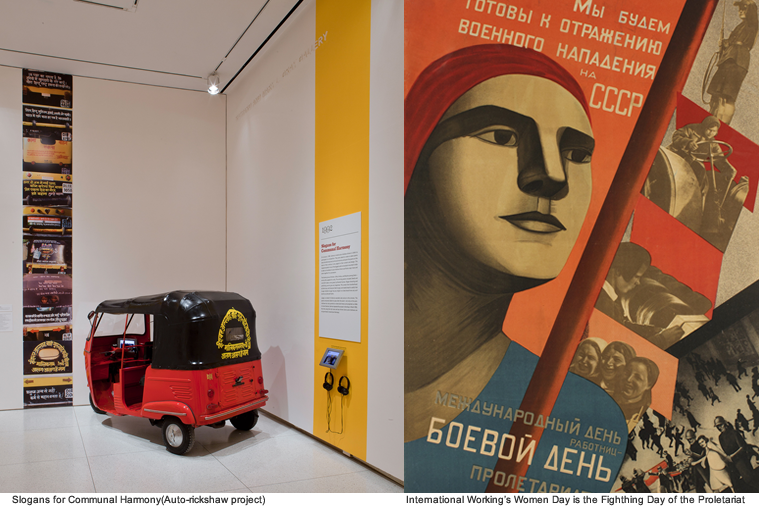 On view throughout the length of the exhibition, the historical examples explore the various ways that political aspirations took creative form in the early 20th century, from women as subjects and makers of Soviet propaganda to the cultural campaigns for women’s suffrage and against lynching in America, and from individual practices such as Tina Modotti’s socialist photographs in Mexico to the government-sponsored Living Newspaper productions of the Federal Theatre Project.

The contemporary projects address urgent struggles for social justice since the second half of the 20th century, including anti-war demonstrations, AIDS activism, environmental advocacy, multipronged demands for human rights, and protests against mass incarceration and economic inequality. 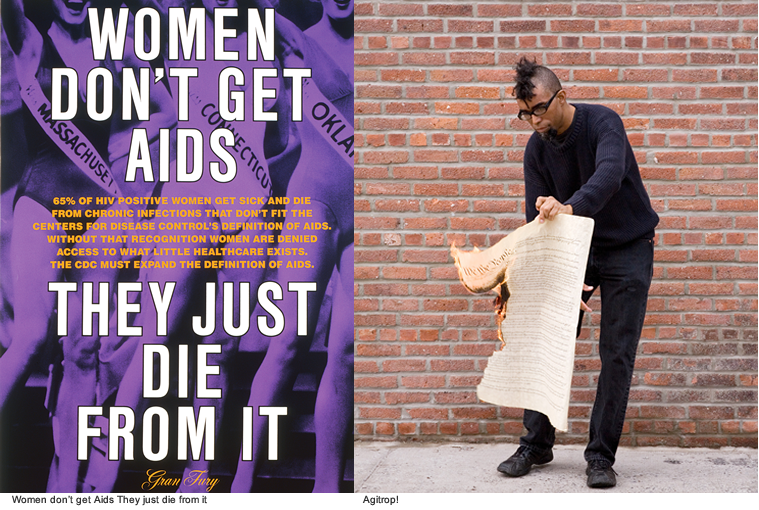 “This exhibition continues the Brooklyn Museum’s commitment to providing a platform for public dialogue around political and artistic issues and for placing contemporary work in the context of a vast collection that encourages audiences to make connections between the past and the present,” said Anne Pasternak, Shelby White and Leon Levy Director of the Brooklyn Museum.