#Advancity. An antidisciplinary Manifesto for design, art and science 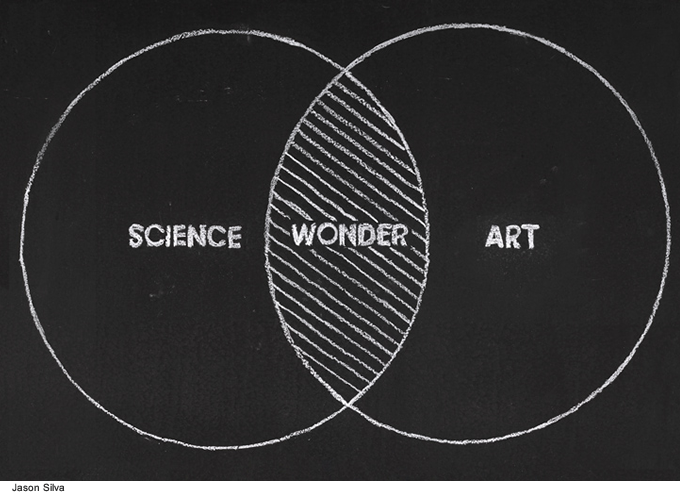 “Facts, not opinions” this is the inscription engraved on the gable at the entrance of an eccentric museum (http://blogs.nature.com/london/2008/09/24/facts-not-opinions) in the city centre of London. The museum hosts the machinery tried by David Kirkaldy (http://en.wikipedia.org/wiki/David_Kirkaldy), the first scientist who in 1865 tested industrial steel in order to make it a construction material for bridges, ships and railways. The inscription is a real declaration of intentions that describes the main role played by the scientific method and thinking within the paradigmatic shift occurred in the second half of the 19th century.

That period marked the turning point in which the science of materials turned from being a contaminated subject, examined by various branches of knowledge, into becoming an exclusive field of investigation.  The scientists living in that period, were able to analyze, for the first time, the composition and the structure of materials, by cross-checking the data examined with the intrinsic features of matter. That expertise generated new methodologies and roles by deepening the gap between the world of science and the one of art, which once were part of the same knowledge. In fact, in old times research was based on a complete empirical and experimental method in which art and technique reciprocally sustained each other and expanded.

Galileo himself was able to fine tune the lenses for his telescopes thanks to the craftsmanship of the Venetian glass blowers who, besides producing very high-level works, were the only ones able to create precision objects. Research improved thanks to the interaction among all branches of knowledge and that’s the reason why polymath (the utopia of the Renaissance, according to which men had to dedicate themselves to the study of all subjects) had to be suitable for “talking” all the languages of knowledge. “Facts not Opinions” declares the transition from empirical and contaminated research to a deductive science, where there is no room for all those immeasurable phenomena ascribable to culture, art and architecture. That passage isolated the thinking and method of the scientific community from the one of the other branches of social production, by charting two – apparently incompatible for a long time – courses for art and science. 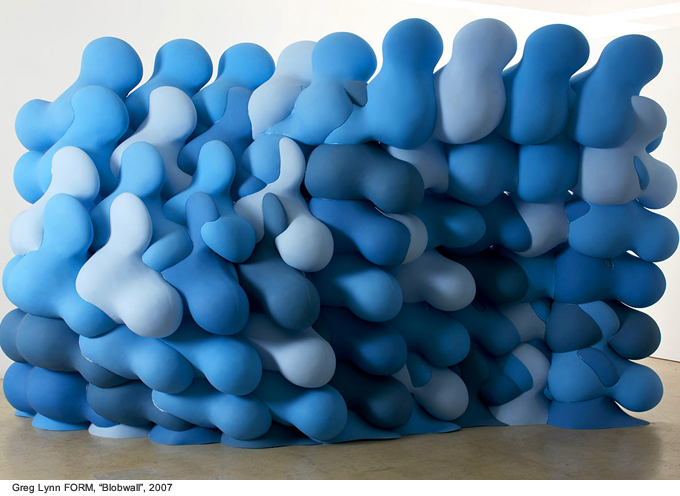 The relationship between science and other subjects is changing one more time, because current research has now to incorporate and deal with many immeasurable elements. Kevin Kelly (http://www.kk.org/) reminds us, in his book “Out of Control: The New Biology of Machines, Social Systems, and the Economic World”, how the scientific method itself is an ever-changing organism, and that the contemporary idea of science is exactly based on an extremely young system of knowledge. What we call science, now, will inevitably be something different in some decades, and it will be the same for our perception about it.

The renewed hybridization between scientific thinking and the one “linked to the immeasurable” appears in many branches of human production. The generative design (http://en.wikipedia.org/wiki/Generative_Design) and the computational one – subjects combining mathematics with biology, design and art.

The research on artificial intelligence (http://en.wikipedia.org/wiki/Artificial_intelligence) – which deals with the study and the planning of “intelligent” machines or software, by focusing on the elements of human intelligence system, able to perceive the environment and to get a strategic interaction with it, in order than to transfer those elements into a machine.

Dealing with complex phenomena – and current research inevitably deals with that – means to overcome categories and methodologies to interconnect them with each other, by broadening the horizons of the various branches of knowledge in order to get results. If, from time immemorial, tout court science is the research field par excellence able to draw more funds to finance its task, over the last years we have been witnessing a turnabout, embodied by a growing interest in multidisciplinary programs, within which task-forces of personalities coming from different sectors are promoted.

The MIT Media Lab of Boston (http://www.media.mit.edu/) is a very famous example, it is the research institute of technology which becomes even promoter of an anti-disciplinary culture. “The Lab is committed to looking beyond the obvious to ask the questions not yet asked-questions and whose answers could radically improve the way people live, learn, express themselves, work and play”, this is the description reported on its website. In England the think tank NESTA (National Endowment for Science, Technology and the Arts – http://www.nesta.org.uk/) deals with solving the critical situations linked to the economic and social crisis by adopting research programs in which scientists, artists, town planners, sociologists, designers, activists and entrepreneurs are involved.

The reasons of this transformation can be observed even by other perspectives, but if we watch this phenomenon from on high, it is possible to consider art, science, design and technology as vehicles leading to the society structure or, better to say, as means through which the reality, where society has to daily deal with, is produced. Artists such as Olafur Eliasson (http://www.olafureliasson.net/index.html) or Karsten Hoeller (http://www.airdeparis.com/holler.htm) deal with comprehending which are the languages and the policies through which science produces reality, by, at the same time, supporting even its communication and divulgation and by making art – or better, by turning it again into – a scientific research co-producer. Architects like Greg Lynn (http://glform.com/) and Francois Roche (http://www.new-territories.com/) deal with the narrative linked to the evolution of thought, practices and human knowledge, by transferring their meaning to matter and form, and by showing how the solid memory of society (the architecture) is, in turn, converting into a research means, whose proximity to science is clearly and quickly becoming narrower and narrower. 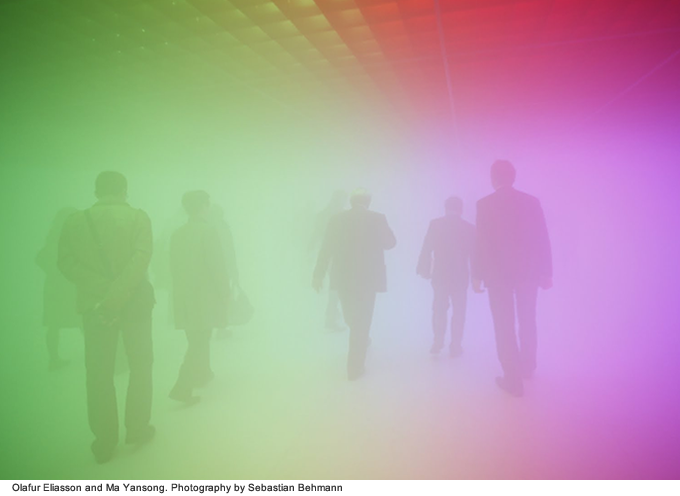 The cornucopia of scientific discoveries, technological innovation and design compels society to continuously and swiftly transform, by forcing humans into ceaselessly redefining their own identity, their tasks, their own habits and their sense of being a community.  And again Kevin Kelly summarizes those mechanisms of redefinition, by explaining that every new certainty coming to light from the world of research – it makes no difference if it deals with a discovery in the field of genetic engineering, robotics or a discovery of a higher intelligence animal – implies a new need to evaluate again the meaning of the idea of human being.

Tasks which were an exclusive prerogative of man until yesterday, now can be performed – for example – by a robot able to teach – in a more effective way – math to children (http://www.kairobot.com/about/Educational-robots.html), or by an algorithm that enables a machine to autonomously gamble on the Stock Exchange (http://en.wikipedia.org/wiki/Foreign_exchange_autotrading).

Even the social sphere linked to communication implies a continuous review of the boundaries between “us” and “you and me”, what causes a drift of the idea of who we are as individuals. This hyper-connectivity originates a long lasting psycho-social crisis which – Kelly continues – is already establishing new empathic relationships among man, machine, its “by products” and their deriving ecologies.

In this mood of identity bewilderment, science becomes more sensitive and aware of the counterintuitive nature of reality. Bringing art and science in a homogenous research system back together, means shifting from a modern system, only anchored to logic and reasoning, to an advanced system, the Advancity, where reason gradually surrenders and becomes a means to suppose even illogical mechanisms, to discuss with a complexity which is so inextricable that seems irrational. 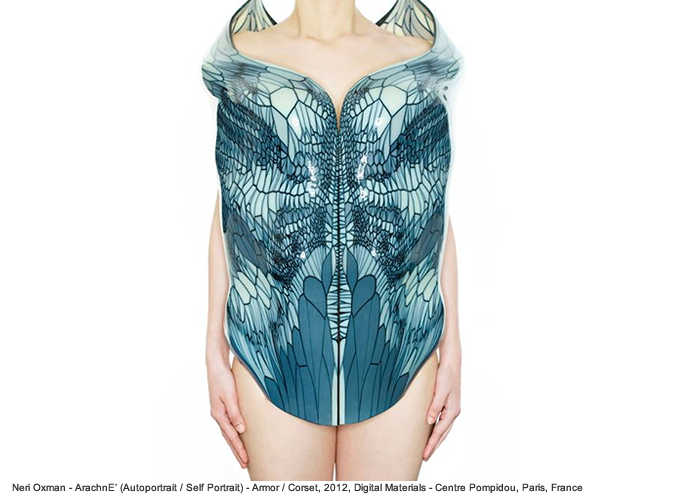 In this scenario art plays a double role: from one hand it is entrusted with the task to devise critical and defense tools against those uncontrollable mechanisms towards which man is channeled. On the other, art becomes the system of diffusion, understanding and alleviation of reality, by devising gratifying aesthetic universes which make collective bewilderment part of an endless beauty.

The following article has been published in collaboration with Doppiozero
http://doppiozero.com/materiali/advancity/advancity