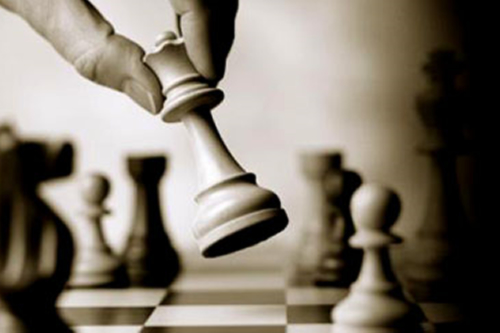 Cultural and intellectual activities should have practical consequences in the life of people, and among them, projecting disciplines should represent the happy case where “humanistic knowledge” and “technical knowledge” are combined, in order to generate products and services to support mankind.

Citing Serges Gagnon, design could be defined as “cultural appropriation of technology”, and this statement seems to be more important if we consider the impact technological innovation has on our lives.

In particular, interaction design nowadays is the planning discipline which defines relations between men and technological artifacts – in other words which products we will probably need, how they will be done, what functions they will perform and how we will use them. The interaction designer, in a vaster meaning, is the intellectual technician who defines and projects products and services which support and extend the capacity of our actions, while his most specific competences is embedded in the term “interaction”, whose synonym is behavior.

These characteristic aspects of the technological artifacts – extending the capacity of human actions, and having acquired, following the technological evolution, some “behavioral” properties – are the constant and new elements faced by the interaction designers, and inevitably the final users. Some ‘internetted’ things in our household: Nabaztag, Chumby, Arduino board, Tikitag RFID reader.

Some ‘internetted’ things in our household: Nabaztag, Chumby, Arduino board, Tikitag RFID reader.

In the book Il caso e la necessità (Chance and necessity), Jacques Monod observed that man’s evolution, unlike other species, has concerned mainly an organ – human brain – bringing it to develop intellectual abilities like abstract and symbolic thinking. This evolution happened to the detriment of other “organs” which would better avail and support better physical performances, as it usually happens with other animal species. Men in fact, while showing evident physical limits, made the most of their brains to create objects to allow them to extend their capacity of action. Since they aren’t fast enough to chase a gazelle, nor strong enough to fight a lion, and since they don’t have nails and teeth strong enough to kill their prey, in order to obtain food men built hunting tools.

All these kinds of prosthesis, compared to the artifacts of the pre-computer age, have the same purpose to extend the capacity of human actions, but this purpose is obtained through the use of technologies which absorb the information and allow these objects to act independently from our direct action – to have, finally, some capacities of behavioral autonomy.

It happened to all of us to receive a spam message, to be warned by the computer program we were using that we were doing something wrong, to cross the border between two states and notice that our cell phone connects automatically to the local provider, and we noticed that these actions take place independently from our will.

These experiences have in common the behavioral properties and the capacity of action of technological artifacts, characteristics we could define “auto-nomatics”(1), coinage of a word that unites autonomy (auto-) and the automation of the action (-matics, from automatic), but also highlights that in the middle there is a “nomos”, that is coding rules and modalities which are established by the designer. Nomos therefore indicates the existence of a designer who establishes the “operational mode” of the object with respect to its environment and the stimuli it receives: in other words, the artifact’s behavior.

We can theorize 3 possible answers, which come from considerations concerning the whole field of design. The first answer comes from the assumption that a designer should always guarantee a formal result. Naturally, we have to wonder what is a formal result, since as the common sense goes, a designer is always considered an aesthete, a professional who takes care of the “clothing” of things, i.e. of giving the right style to a car’s body.

It is necessary to clarify that the formal result can be defined as a configurational synthesis of aesthetic and technological aspects. When devising and projecting a new product, a designer should be able to give it an innovative shape, since this becomes the medium that expresses how that specific object works, operates, is used, thus acting as a medium carrying its value.

Let’s consider the iPod, Apple’s MP3 player, a product which had an enormous sales success and that offers a variety of functions nowadays common to every other MP3 player. We can affirm, without fearing to be contradicted, that the success of this product depends mainly on its design, on its looks which meets the public’s favor.At a closer analysis, we can see that the shape of this object was not generated by a designer’s whim, but instead it comes from the fact that it expresses the concept and technical of the project, which is invented starting from an analysis of how to interact with a digital information. The shape of iPod is not that of a simple parallelepiped. It comes from the exigence to interact in the easiest way possible, with musical files organized in a tree structure.This happened by projecting only one mode of interaction, which consists in the circular-shaped key, which through only one simple gesture – the movement of a thumb – allows the users to manipulate the files contained in the object.

When at the end of the 1970s engineer Nobutoshi Kihara created for Sony the portable audio cassette player, later launched on the market with the name Walkman, he introduced a big change in the habits of music listening. From that moment on, the listening phase has never been confined to a specific place – a room or living room at home – but it could happen in the most disparate places and moments: in the bus, in the underground, during the sports activity or at work. The portability of music has allowed new behaviors and modified lifestyles. The iPod represents a further evolution of this phaenomenon, but in terms of new modes of fruition, made possible by the unceasing process of digitalization of information, and thanks to its diffusion and accessibility through the web. Likewise, services like banking and booking on-line allow users to control their bank account, to pay by wire transfer and book a vacation, without physically going to a bank or a travel agency: everything happens through the computer or a mobile communication device.

The necessity to act on the behavior of users, describes the special competence of a designer to define new typologies of objects and services, to interpret the technological innovation in order to generate a product innovation. A designer should guarantee that an artifact, as a “type”, brings with it its own reasons of use.

Lastly, the third result an interaction designer should guarantee, is the finality and/or communication intentionality of a product or a service, that is the functions that trigger a new meta-story. The pervasivity of computers and the convergence between the Internet and the “real world” allow them to project communicative dynamics and productive processes which generate new contents, relations and aestethics. The definition of a product’s features, of its characteristics, has a double communicative value: it allows the designer to establish the peculiar functions of a product, and to extend the actions – of both the product and the user – to the world around them.

The possibility to send short text messages through a cell phone modifies social dynamics, while YouTube triggers kinds of production and publication that span from the amateurish to the televisive production. Convergence between the mass-media and the computer pervasiveness, are the field where grows the properly intellectual activity of an interaction designer, who creates new techno-social interactions through his projecting actions.

Bruce Sterling, by introducing the concept of Internet Of Things (3), opens a scenario where technological artifacts tend to be objects + information, where the role of a designer consists of activating devices and processes which automatically generate information.

The auto-nomatics properties enter into traditional objects and increment the communicational possibilities between man and object, but they are potentially able to bring them to crisis. The designer, in this case, should guarantee that the artifact is conceived and prepared to generate the most appropriate meta-stories. Due to all these reasons, the discipline of interaction design is an intellectual practice, which by culturally adopting technology, concretely bears on everyone’s lives.

(1) The term auto-nomatic was born in the context of analysis of communicative computerized systems, even if the meaning it carries extend to all artifacts which incorporate computer and micro-electronic components. For an in-depth examination of the reasons which led to the creation of the term auto-nomatic, see the introduction “Perché auto-nomatico” (Why auto-nomatics) contained in Massimo Botta, Design dell’informazione Tassonomie per la progettazione di sistemi grafici auto-nomatici (Desing of Information, Taxonomies for the projecting of graphical auto-nomatics systems), editions Valentina Trentini 2006.

(2) The term affordance indicates the quality of an object to hint through its shape at its possible use. The term was introduced by psychologist James J.Gibson and used by Donald Norman in Human-Computer Interaction. For more information, see James J. Gibson, The ecological approach to visual perception, Houghton Mifflin, Boston and Donald Norman, The Design of Everyday Things (1988, originally under the title The Psychology of Everyday Things) (Newprint 2002).

(3) Internet of things, indicates that in this moment there are technologies which allow objects to have an informational content, and to exchange – between one another and with the Internet – these pieces of information. The main technology which supports this process is RFID (Radio-frequency identification), a small circuit with an antenna which allows objects to receive and transmit a radio signal. This technology is at the base of for example electronic cards and keys. To understand the scenario which spans from this technology, see Bruce Sterling, Shaping Things (2005).