The Barbican major new exhibition: AI: More than Human is an unprecedented survey of creative and scientific developments in artificial intelligence, exploring the evolution of the relationship between humans and technology. Part of Life Rewired, the Barbican’s 2019 season exploring what it means to be human when technology is changing everything, AI: More than Human tells the rapidly developing story of AI, from its extraordinary ancient roots in Japanese Shintoism and Ada Lovelace and Charles Babbage’s early experiments in computing, to AI’s major developmental leaps from the 1940s to the present day to show how an age-old dream of creating intelligence has already become today’s reality. 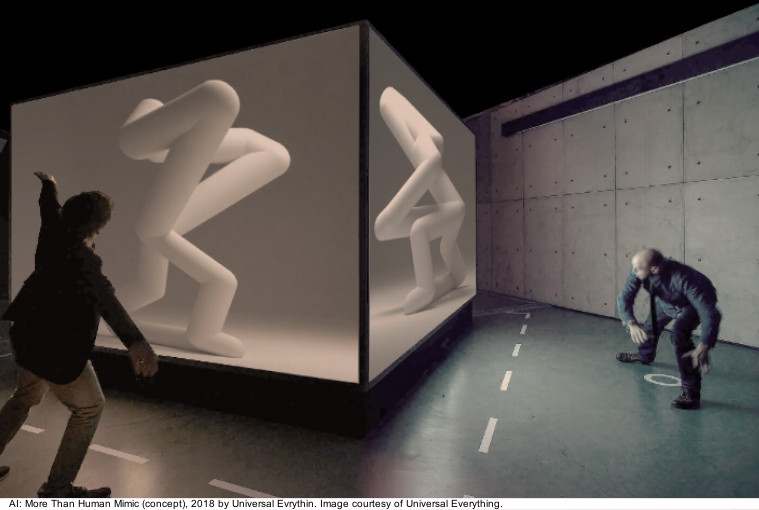 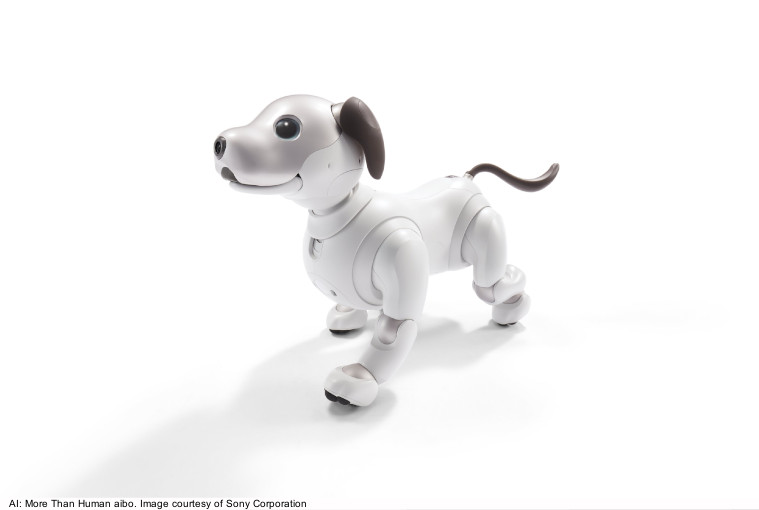 With digital media, immersive art installations and a chance for visitors to interact directly with exhibits to experience AI’s capabilities first-hand, this festival-style exhibition takes place all over the Centre to examine the subject from multiple, global perspectives and give visitors the tools to decide for themselves how to navigate our evolving world.

It will ask the big questions: what does it mean to be human? What is consciousness? Will machines ever outsmart a human? And how can humans and machines work collaboratively?

In the Section 1, The Dream of AI, the exhibition charts the human desire to bring the inanimate to life right back to ancient times, from the religious traditions of Shintoism and Judaism to the mystical science of alchemy. Artist and electronic musician Kode9 presents a newly commissioned sound installation on the golem, a mythical creature which has influenced art, literature and film for centuries from Frankenstein to Blade Runner. 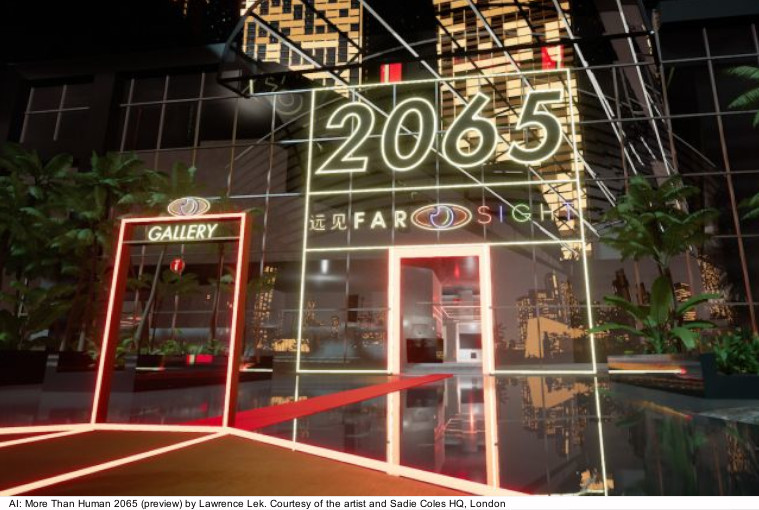 Sam Twidale and Marija Avramovic look at AI through the lens of Japanese Shinto beliefs to explore notions of animism and techno-animism in Sunshowers. Doraemon – one of the best known Japanese manga animations – will also be on display, exploring its influence on the philosophy of robotics and technology development.

The Section 2, Mind Machines, explains how AI has developed through history from the early innovators who tried to convert rational thought into code, to the creation of the first neural network in the 1940s, which copied the brain’s own processes and developed into machine learning – when an AI is able to learn, respond and improve by itself. 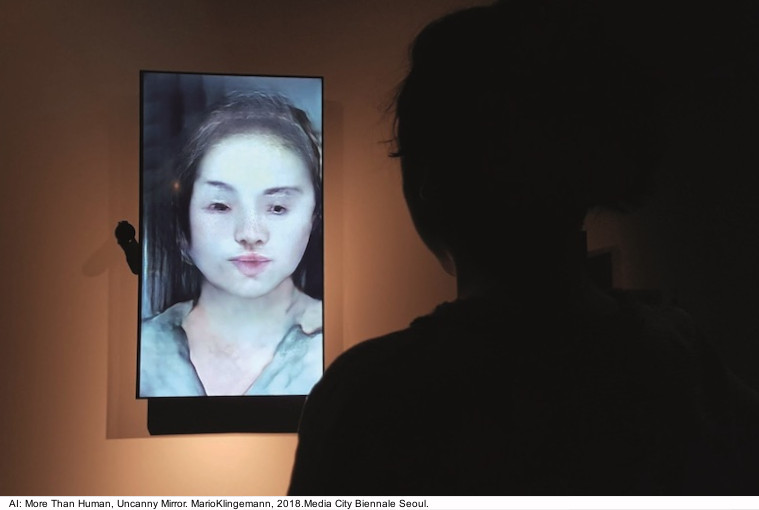 It includes some of the most exciting and important moments and figures in AI’s history – like computing pioneers Ada Lovelace and Charles Babbage; Claude Shannon’s experimental games; Alan Turing’s groundbreaking efforts to decipher code in World War II and IBM’s Watson – and also looks at how AI sees images, understands language and moves, as artificial intelligence developed beyond the brain to the body.

At the heart of the main exhibition in The Curve is Section 3, Data Worlds. This section examines AI’s capability to improve commerce, change society and enhance our personal lives. It looks at AI’s real-life application in fields such as healthcare, journalism and retail. Affectiva, the leader in Human Perception AI, will demonstrate how AI can improve road safety and the transportation experience, through a driving arcade game during which Affectiva’s AI will track drivers’ emotions and reactions as they encounter different situations. Data Worlds also addresses important ethical issues such as bias, control, truth and privacy. 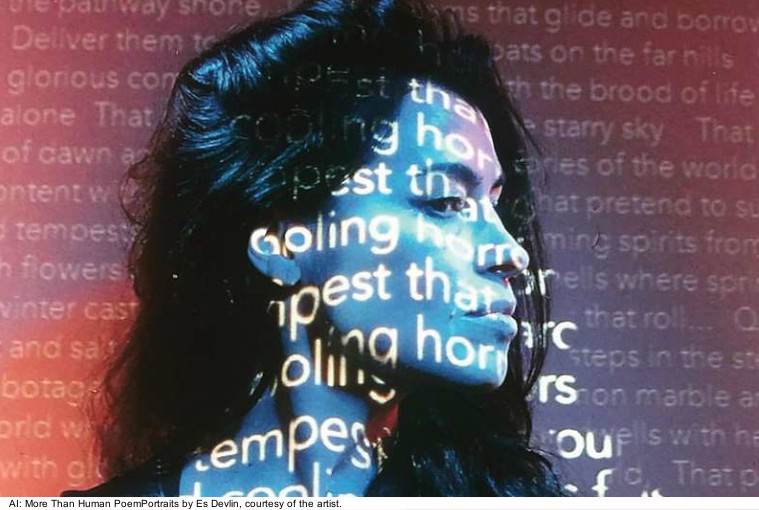 The final section of the exhibition, Section 4, Endless Evolution, looks at the future of our species and also envisions the creation of a new species, reflecting on the laws of “nature” and how artificial forms of life fit into this. A newly commissioned set of interviews will discuss themes of the future through the eyes of visionary thinkers. A series of new commissions will run across the Barbican’s Level G spaces throughout the exhibition.

Curated by guest curators Dr Suzanne Livingston and Maholo Uchida, the show is created and produced by Barbican International Enterprises – the Barbican’s touring arm, which creates a dynamic mix of groundbreaking contemporary art and popular culture, architecture, design, fashion and photography exhibitions, taking them all over the world. 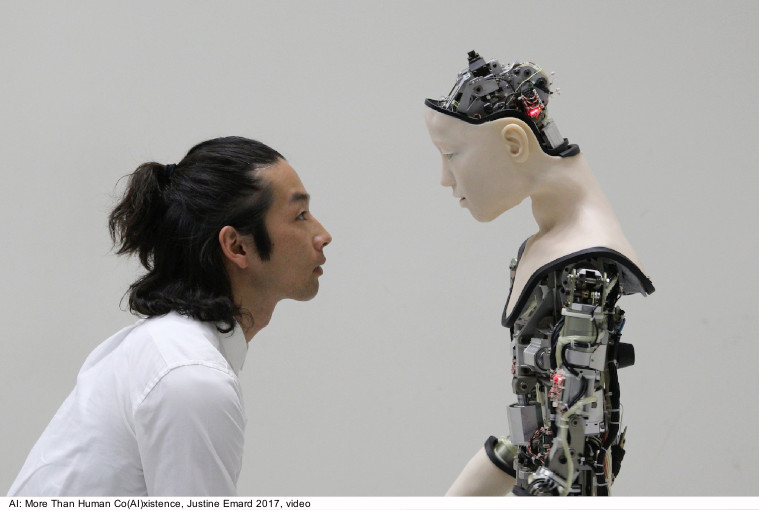 Previous shows by the team include Into the Unknown: A Journey through Science Fiction (2017), Digital Revolution (2014), which became the Barbican’s most visited show, attracting 93,000 visitors to the Centre and Designing 007: Fifty Years of Bond Style (2012). Co-produced by Groninger Forum, Netherlands, AI: More than Human will embark on an international tour after its run at the Barbican.