Under the heading Hereafter Sonic Acts celebrates its 25 year history in 2019 with a festive anniversary edition, from 21 to 24 February in Amsterdam, taking place from across several spaces, including Paradiso, Stedelijk Museum Amsterdam, Muziekgebouw aan ’t IJ, De Brakke Grond, and Arti et Amicitiae.

Since 1994, Sonic Acts has been a platform for research in art, technology, music and culture, a gathering place for artists, theorists, scientists and philosophers, and a festival for forward-looking projects, ideas and works. As we count down to the festival, here’s a few of the special large-scale projects and performances they have been working on. Much more about the programme will be revealed in the coming months.

One of the most original composers and vocalists, Jennifer Walshe, a student of Tony Conrad, is preparing a real spectacle for the festival. Having previously ‘faked’ a history of the musical avant-garde in Ireland, Walshe now teams up with philosopher Timothy Morton and a host of collaborators to explore the multiplicity of temporalities at the heart of being human.

In their new opera, Time Time Time, which premieres on 24 February at Muziekgebouw aan ‘t IJ, everyone in the room is important – the fast-paced digital time of M.C. Schmidt and Walshe; the deep geological rhythms of Lee Patterson; the liminal eternal drones of Aine O’Dwyer; the shifting tectonic plates of Streifenjunko and Vilde&Inga; and the audience, whose entropy demonstrates that time is indeed passing. The opera is commissioned with Borealis – en festival for eksperimentell musikk, MaerzMusik – Festival for Time Issues, and London Contemporary Music Festival / Serpentine Galleries. 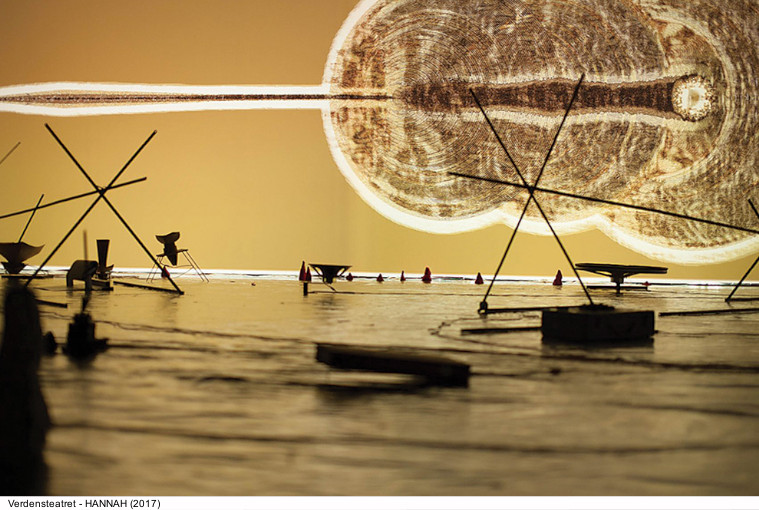 The Oslo-based artist collective Verdensteatret have been working for the past 30 years on staged pieces that combine a wide range of genres and practices, ranging from performance, installation, film, shadow-play and animation. They are a hybrid performance group whose peculiarly captivating works evade established notions of form or style. Their new work, HANNAH, is an elaborate large-scale orchestral work and immersive composition inspired by the vast span and gradual unfolding of geological time. It will be presented multiple times throughout the festival at Stedelijk Museum Amsterdam.

We further continue our explorations into expanded audiovisual experiences with new commissioned works for the legendary 80-speaker orchestra from Ina GRM in Paris, Acousmonium, and the state-of-the-art Pentacle speaker system from Amsterdam, in collaboration with STEIM.

Exactly 11 years since we had the honour of hosting the radical sound diffusion system in Paradiso, we welcome the Acousmonium back with performances by some of the most important contemporary sound artists. The Pentacle will be presented at Stedelijk Museum Amsterdam, also featuring specially commissioned works for the festival.

With Hereafter, the festival will use its 25 year history to reflect on the rapid changes in our cultural and artistic relationship with technology, and share the enthusiasm, hope and concern that come with it. Over the years, the festival’s perspective has also changed from challenging our understanding of audiovisual experiences, to exploring the interplay of humans and machines, and from experimenting with tools and technologies to questioning their social repercussions and their impact on our daily lives. 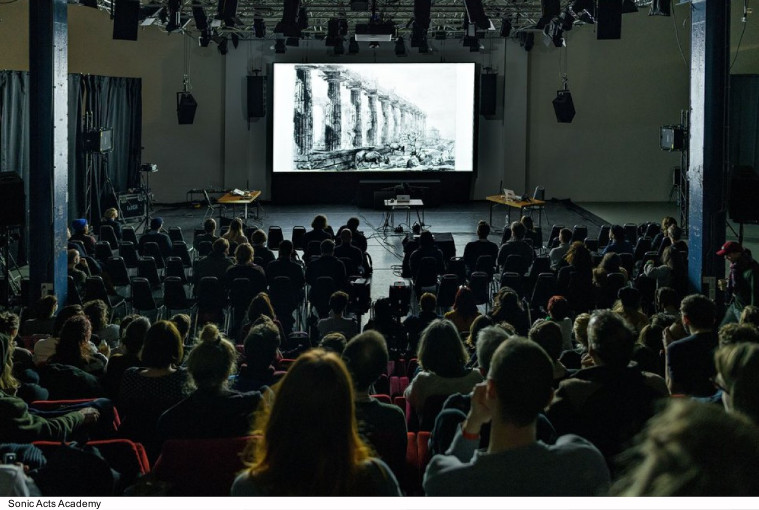 Now, by reflecting on the entangled issues of power relations, neo-colonialism, technology, the rise of fascism and the implications of those practices for our environment, Sonic Acts wishes to address some of the pressing topics of our time.

The festival will move through conversations with thinkers and artists at an international conference, to multiple evenings filled with audiovisual performances, concerts, films, installations, an exhibition and club nights showcasing artists whose own nightlife operations explore some of the very same topics.