AL and AL: Incidents of Travel in the Multiverse

HOME is pleased to announce Incidents of Travel in the Multiverse, a major new solo exhibition of film, drawing, installation and live concert hall performance by British artist and filmmaker duo AL and AL. The multiverse, a scientific theory based on quantum mathematical reality, points to the probability that the universe may in fact be a small part of a much grander reality.

Inspired by this revolutionary concept, the artists have undertaken three multiverse journeys across space and time, travelling from the atomic scale reality of DNA into the mind of thinking machines in the future who believe Alan Turing is their creator, through to the point of no return at the edge of a black hole.

The first journey, Icarus at the Edge of Time, is a mesmerising re-imagining of the original myth, where Icarus travels not to the sun but to the edge of a black hole. Suitable for families, and based on the children’s novella by one of America’s most famous physicists, Professor Brian Greene, this ground-breaking concert hall spectacle brings Einstein’s theory of general relativity to visceral life. 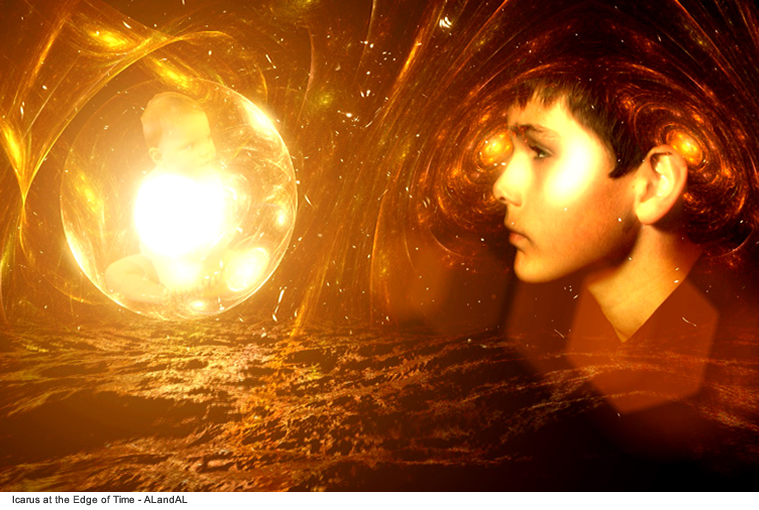 With a visionary film by AL and AL and an original score by renowned composer Philip Glass, Greene will narrate live in an exclusive North West premiere performance with the BBC Philharmonic on Saturday, February 6 at the Royal Northern College of Music. Originally commissioned by Cornerhouse and AND Festival in 2012 for the centenary of Alan Turing’s birth, the second journey, The Creator, sees thinking machines from the future travel back in time in search of their creator—Turing, father of the computer age, who sowed the seeds for artificial intelligence.

The third journey will feature the world premiere of The Demiurge, inspired by Francis Crick’s Panspermia theory on the origins of life, and the work of nanobiophysicist Bart Hoogenboom who created the world’s first “real” images of DNA. Starring a mesmeric performance by Sophie Linfield, The Demiurge travels across the universe on board a spaceship, populated by a thousand genetically modified female clones on a mission to find a cure for death.

Icarus at The Edge of Time, The Creator and The Demiurge will feature as installations in HOME’s gallery space. AL and AL commented: “Every variable of everything that could ever happen has happened to us. To all of us. What is there beyond the universe? Another universe just like our own. And again another. And another. Leading scientists now seriously consider the possibility that the quantum multiverse is real. We are lucky enough to be born and making art during what could be the most radical upheaval ever of our picture of reality since we discovered the Earth was not flat. So we made a sci-fi trilogy to explore this new, ever expanding territory and report back with our films. This exhibition brings together for the first time the results of our investigation, working with some of the world’s greatest scientists over the past 5 years. We have travelled across time and space, from the nano-scale of our own DNA through to the edge of a black hole.” 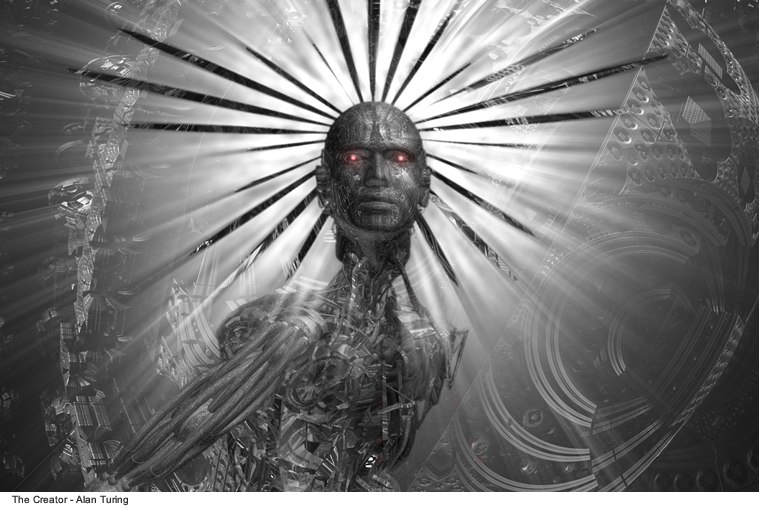 Curators Bren O’Callaghan and Sarah Perks added: “We’re so excited about revealing the vistas of the multiverse and the amazing incidents and stories that are a part of it. AL and AL are absolutely HOME artists and yet internationally acclaimed; working across film, installation, performance, literature and technology.

Incidents of Travel in the Multiverse has been in planning and production for many years and is a solo exhibition set to impact far beyond our own HOME. Despite the blend of science fact and fiction, the heart of this journey is very definitely human: although fragile and finite as a species, our ambition, zeal and capacity for dreaming far transcends the limitations of our butterfly-brief existence.”

Al and Al’s Incidents of Travel in the Multiverse will be accompanied by a new publication featuring a compelling insight in the artists’ own words and images, recording the three journeys they have undertaken to create their sci-fi trilogy. The cosmic travelogue includes a vivid account of the filmmakers’ collaboration with composer Philip Glass as well as physicist Brian Greene, who provides his own essay elegantly describing the mathematics underpinning the multiverse.

The book continues its journey across time and space with insights on the artists’ work by world-renowned mythographer and author Marina Warner DBE, and a sensational new account of the multiverse from the mind of legendary graphic novelist Grant Morrison MBE.