For its second and last exhibition of the year, Phi presents Cadavre exquis, an experience that replaces the sheet of paper with the infinite space of virtual reality. The new exhibition brings together individual contributions from artists who have chosen the medium of virtual reality as a new means of expression, including Marina Abramović, Olafur Eliasson, Antony Gormley, Paul McCarthy and Laurie Anderson, presenting contemporary art in a different point of view.

Going beyond conventional canons, Cadavre exquis invites viewers, through technology, to enter the creative world of each artist under the premise of the collective artistic game of the same name that was invented by the Surrealists – often resulting in poetic and whimsical compositions that are driven by the unconscious.

Thus, far from the imperatives of reason, the viewer navigates through a mysterious narrative with multiple possible interpretations. During their exploration, the transmission of impulses and universal ideas transports them to strange and captivating worlds, coming straight from the imaginations of these artists today. 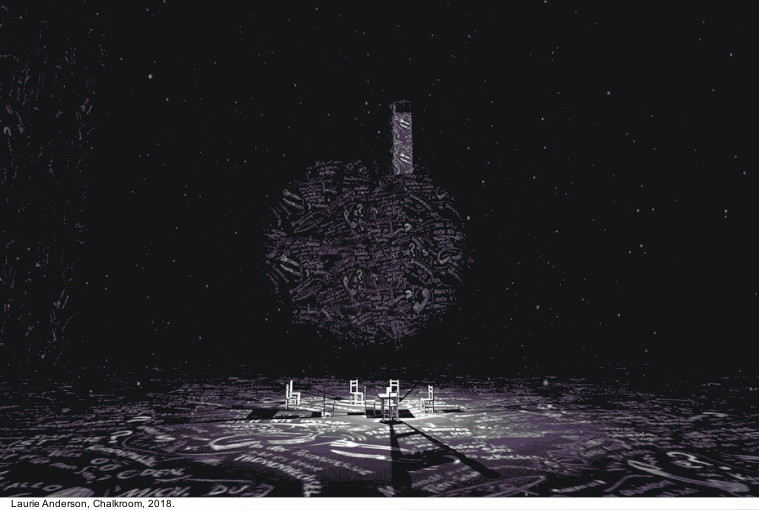 *Montreal premiere of the trilogy

Finally, for the first time in Montreal, fans will be able to explore all three parts of the trilogy of complementary works created by American avant-garde artist Laurie Anderson, in collaboration with Taiwan artist Hsin-Chien Huang.

A work made up of several visuals, To the Moon includes Constellations, featuring endangered life forms; DNA Museum, where dinosaur fossils transform into a Cadillac that’s fed by fossil fuels; Technology Wasteland, where a dystopian Moon has become a dumping ground for plastic objects and nuclear waste; and Snow Mountain, inspired by space adventure films, which inhales the viewer deep into the cosmos.

Returning to Phi, the popular virtual reality work Chalkroom takes the viewer into an enormous structure made up of words, drawings and stories. The letters sail through the air, fall into dust and reform themselves around the viewer, who’s free to walk around virtually from room to room.

The first virtual reality project of the duo, Aloft sits the viewer down in a plane that takes off and slowly disintegrates over New York. Everyone’s biggest nightmare is quickly transformed into an exploration of space, in which the viewer is caught in a luminous vortex wherein their hands become virtual and can grasp their choice of multiple objects and surrounding debris… 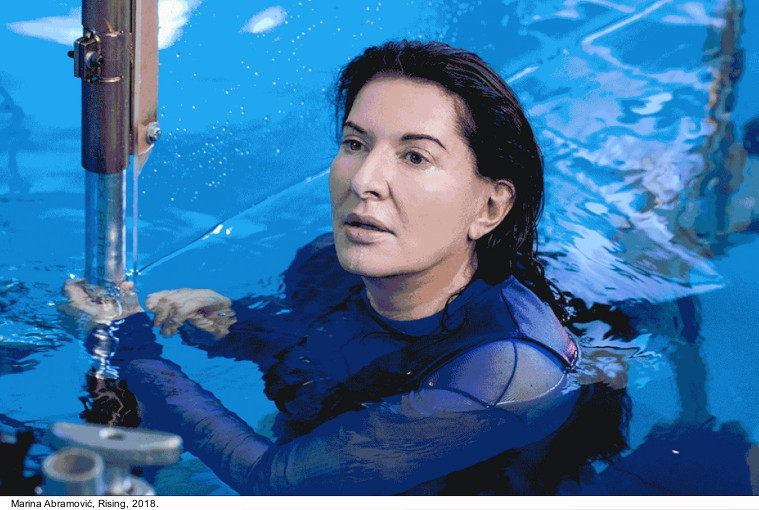 Produced by Acute Art, Rising is Marina Abramović’s first virtual reality piece. In this troubling yet poetic call to action, the artist raises public awareness of climate change by allowing the viewer to observe and “live” through the irreversible effects of rising sea levels.

Olafur Eliasson has long been interested in the relationship between self and other and between self and surroundings. This reflection has profoundly informed his work Rainbow, an ephemeral rainbow produced by digital means whose multi-participant function is a key feature that paves the way for the creation of new spaces for and of art in virtual reality. In collaboration with Acute Art.

The first virtual reality collaboration of Antony Gormley and Priyamvada Natarajan, Lunatick uses data collected by NASA to map a real and interactive journey. In this piece produced by Acute Art, the visitor is invited to leave Earth and travel to outer space by passing through the atmosphere, the stratosphere and the asteroid belt.

A solo work by Laurie Anderson’s long-time accomplice, presented in competition at the 2019 Venice Film Festival, Bodyless takes us to Taiwan in the 1960s, when it was under martial law. An old political prisoner passes away, transforming into digital forms and descending into the underworld of the dead. His ghost then returns to the world of the living to haunt places from his past life – but for how long…?

This virtual experience created by Paul McCarthy and produced by Khora Contemporary is part of the artist’s long-term project, Coach Stage Stage Coach (or CSSC), and combines a wide range of media, including a film inspired by a John Wayne Western of the same name. The artist imagines a new scene in which two characters – and the spectator – are thrown into a vicious cycle. Revealing the darkness at the core of a dominant culture, McCarthy explores the systems of gender, politics and popular culture that govern our world in ways that are more or less imperceptible. 16 and over. 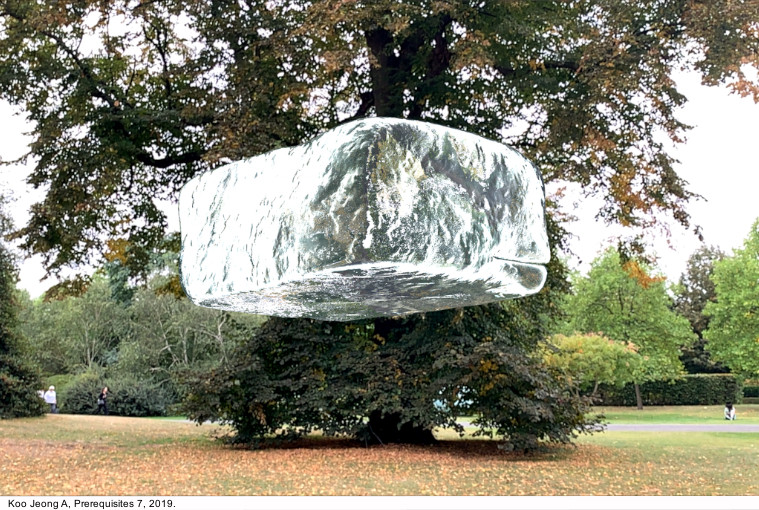 Produced by Acute Art, this first augmented reality project by Korean artist Koo Jeong A features the 2D and 3D pen drawings from her book Nomos Alpha (2018) and her Instagram account. Her ephemeral, poetic and playful sketches come alive before our eyes and take on a whole new dimension thanks to augmented reality. Using a smartphone, viewers are able to activate these geolocated works around the world.

The VR Cinema is dedicated to the visionary narrative format of virtual reality, offering a collective and immersive experience that redefines how we perceive and interpret our world. The works by Anish Kapoor, Nathalie Djurberg and Hans Berg, Jakob Kudsk Steensen, and Mali Arun complete the Cadavre exquis experience.