“Poetry for Animals, Machines and Aliens”: the art of Eduardo Kac

In his first solo show in the UK, pioneering media artist Eduardo Kac puts poetry into space in entirely new ways. One of the highlights of the exhibition is Kac’s Lagoogleglyph, a work made for viewing from space. Covering a field in Finsbury Park it is optimised by Kac for viewing through satellite imagery and visible in Google Earth.

Poetry for Animals, Machines and Aliens will also feature the first London showing of Kac’s space poem, Inner Telescope, performed in 2017 on the International Space Station by the French astronaut Thomas Pesquet. Eduardo Kac has been a pioneer in exploring the use of new technologies to create innovative poetic experiences, experimenting with a range of technologies since the 1980s including fax, photocopiers, LED screens, the French videotext service Minitel, holography, conductive ink, and a variety of digital and network technologies.

Kac has been at the forefront of the development of digital poetry and has published an influential guide to media poetry. The Furtherfield Gallery exhibition includes two of his early digital poems, Accident (1994), in which the poem is perceived as a dynamic infinite loop, and Letter (1996), which uses virtual reality markup language to create a textual spiral that the reader can explore and investigate from every conceivable angle. 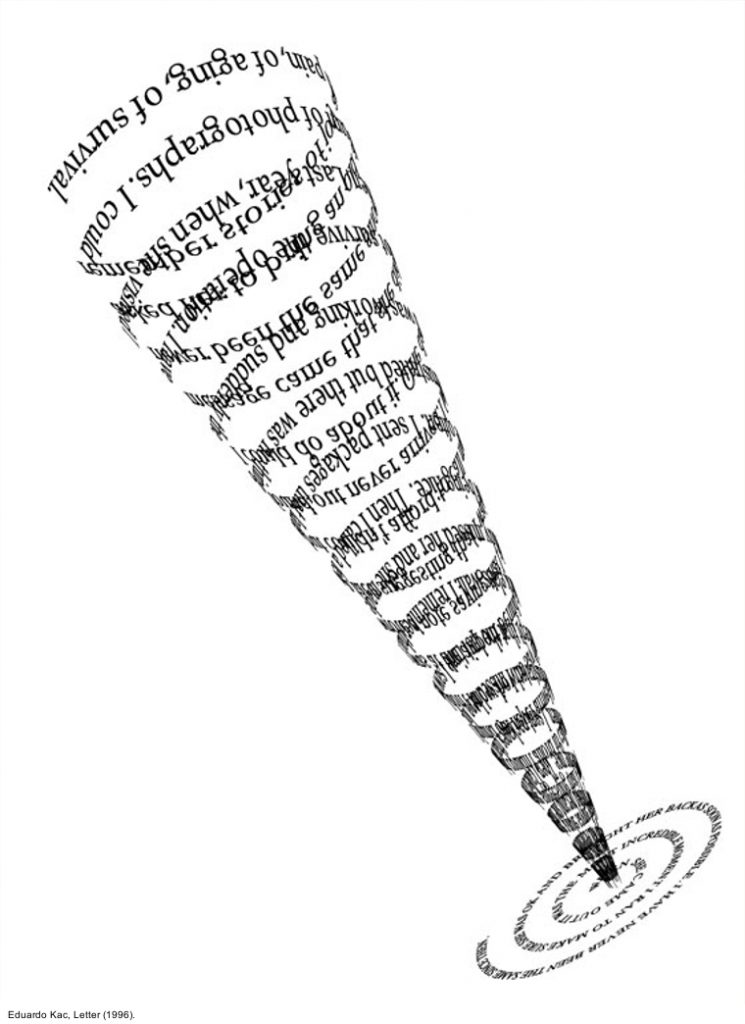 Among Kac’s most beautiful creations are his holopoems, which use holography to liberate the text of poems from the page. Readers of Kac’s holopoems move around the poem and view it from different angles. The varying colours and shapes of the letters create a unique imaginative experience. Furtherfield’s exhibition includes Kac’s 1991 holopoem, Adhuc.

Kac’s exploration of new artistic experiences has led to him becoming a leading advocate of bioart, which explores the potential of biotechnology to generate innovative poetic and imaginative perspectives. Kac’s most famous work is GFP Bunny (2000), in which he commissioned a laboratory to create an albino rabbit called Alba.

Alba glowed fluorescent green when viewed under blue light. Alba was meant to live with Kac’s family as a pet, but the laboratory refused to release her, and the loss of Alba has haunted much of Kac’s subsequent work. The Alba Flag (2001), which will hang outside Furtherfield Gallery during the exhibition, was made by Kac to hang outside his family home as a memento of Alba’s absence. 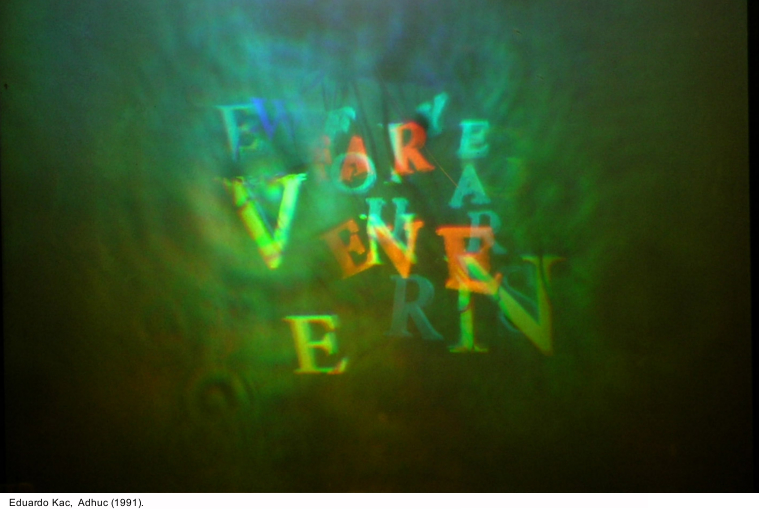 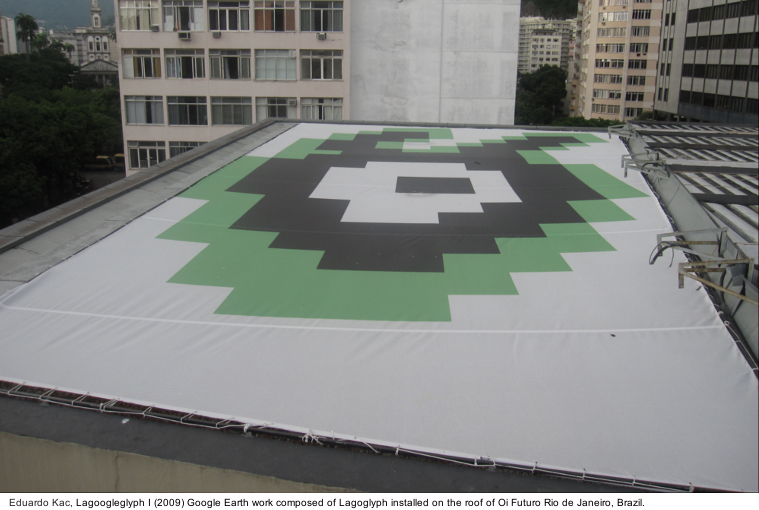 Kac’s experiences with Alba prompted him to develop a wordless language incorporating rabbit images which he calls lagolyphs. The Lagoogleglyph painted in Finsbury Park is a large-scale version of one of these symbols, created specifically for this exhibition.

Poetry for Animals Machines and Aliens is one of the activities sponsored by the “Digital Transformations” strategic theme of the Arts and Humanities Research Council, the largest funder of Arts and Humanities Research in the UK. It is curated by Professor Andrew Prescott of the University of Glasgow, Theme Leader Fellow for the “Digital Transformations” theme.

A compelling introduction to Eduardo Kac’s unique art and poetry, Poetry for Animals Machines and Aliens highlights how sensorial experience permeates his writing and how his dynamic approach to language infuses his visual art. Eduardo Kac is internationally recognised for his telepresence and bio art. 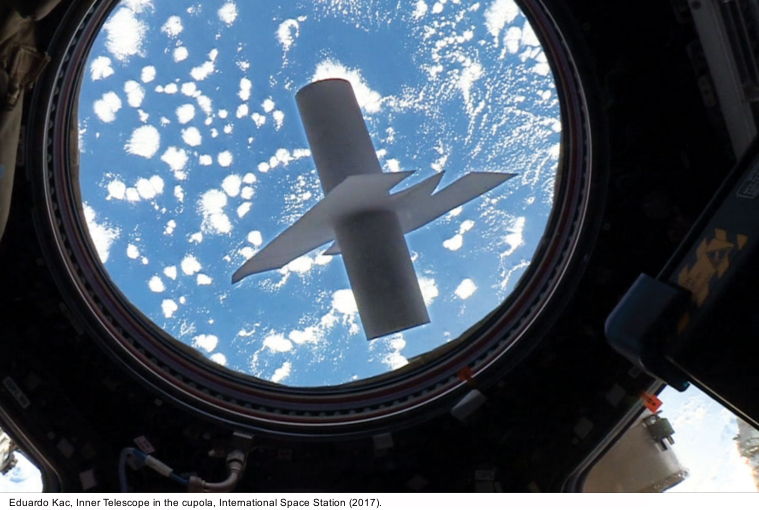 He has received the Golden Nica Award, the most prestigious award in the field of media arts and the highest prize awarded by Ars Electronica. This is his first solo exhibition in the United Kingdom.