A Taste of Sonar. South Africa Deals with Avant Guard 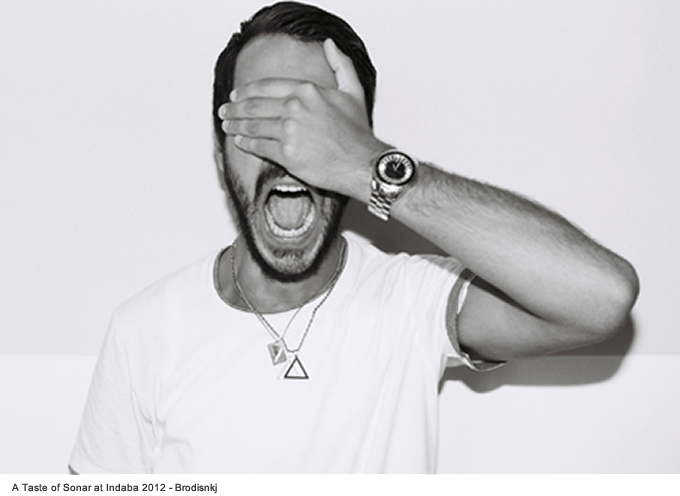 Imagine one of the most prestigious exhibition of the world. Then, imagine that its founder wants to involve an Electronic Music Festival (equally renowned and perfect for his event’s works) in it. Now, imagine a remote land: the Dark Continent. We’re talking about Cape Town, South Africa. It’s a city that, even if a lot of people don’t’ know it, deals with Avant Garde.

What’s the result? Sonar of Barcelona, an International festival of Advanced Music and Multimedia Art, landed for its 19th Indaba Design edition (from 29th February to 4th March) in Cape Town, by using a completely new special format. In order to know more about that, we asked Georgia Taglietti, Head of the International Media Department of Avanced Music (the organization which, every year, arranges Sonar event), to describe this new partnership.

“We first knew Ravi Nadoo, the founder of Indaba Design, during Sonar 2011 – she told us – and we learned that he had been looking, for a long time, for a musical event equal to his creative platform – the absolute élite – thanks to the contribution of its leading artists of art and contemporary design aiming at positive goals. Since then, we had been talking to Nadoo various times, until we decided the ultimate format to export to South Africa and, above all, to present to festival’s audience.” 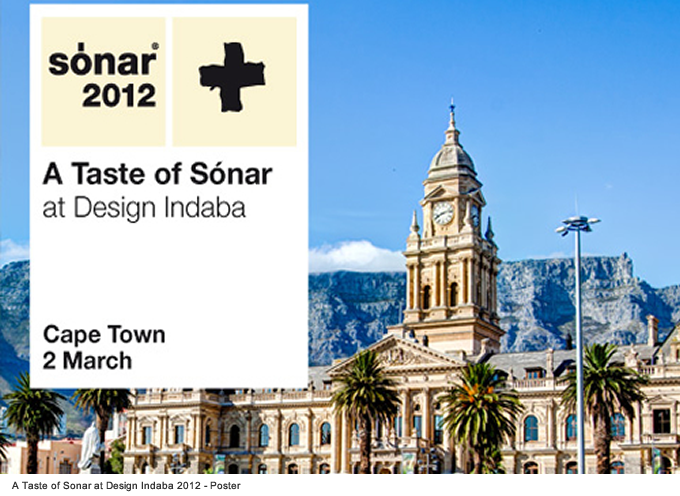 Nadoo was persuaded not only by Sonar’s inventiveness, but also by its successful history: 19 years of festivals – exactly the same number of Indaba Design editions – ten of them held in the most famous capital cities of the world. From 2002 until now 31 events have been organised for Advanced Music: starting from the US to Japan, from South Corea to Mexico.

So, during this edition, among the novelties exhibited by the contemporary artists present in Cape Town and coming from all over the world; we could find – beyond art, cinema, design and expo – a music section represented by “A Taste of Sonar”, a taste of the original festival, all in a night. As Giorgia Taglietti told us: “On 2nd March, during our first visit in Cape Town, we presented an electrifying range of Music and Visual Art, in the belief that those two artistic disciplines are strongly interconnected.  We offered then a microscopic sneak peek of how the event of June in Barcelona will be, i.e., a format already tested in London in past editions.”

The other peculiarity of this music event was the building hosting the festival. It’s a wonderful honey-coloured palace in the Italian Renassaince style: the Cape Town City Hall, built in 1905 and clearly visible from any corner of the city. It’s a historical place not only because it’s the city hall, but also because Nelson Mandela chose it for giving his first public speech a few hours after his release: 0n 11th February 1990.

Right here, on 2nd March evening something really different started to take place: this is the proof of the transformation of time and places that stresses the adaptability to cultural change. In the historical building worldwide-feature bodies will danced to the rhythm of electronic music for a night only: starting from 7 p.m. to 4 a.m. the artists of International music scene took turns on the stages of the Auditorium and of the other City Hall’s rooms. 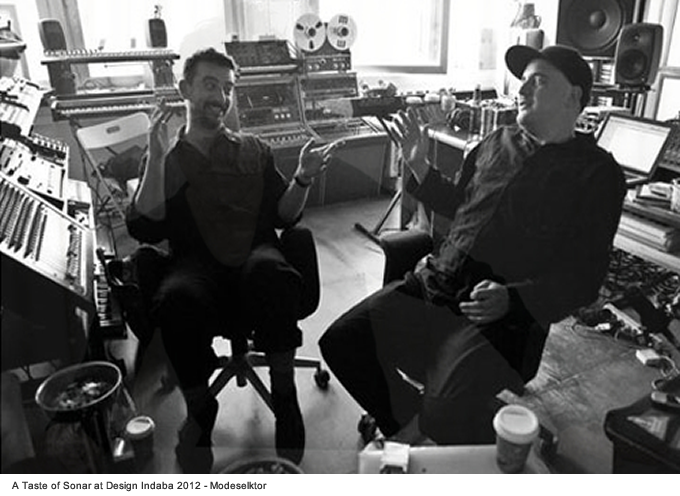 “We’re proud of announcing the involvement of a very special dj set by Robert Del Naja and Daddy G, (belonging to Massive Attack). And there were also other personalities, like for example the members of UVA (United Visuals Artists), i.e., the visual and stage designers of great artists of the music scene such as Chemical Brothers. The event, however, was opened and closed by South African hosts: Fletcher in Dub, one of the pioneer of the Electronic scene in Cape Town, followed by Blk JKS, a foursome that performed through soul, rock and dub music; by Das Kapital and finally by Killer Robot, a techno group/techno performers which has already performed in nerve centres of all over the Europe.”

There was above all great expectation for Modeselektor, one of the most famous performers of techno-electro music for years; for Byetone, one of the crown jewels belonging to Raster-Noton and also for the French Brodinski’s expertise. These impressive gurus of worldwide electronic music altogether, will be also the houseguests of Sonar Festival in Barcelona, where they will present exclusive live sets of which we can give you some previews thanks to Georgia Taglietti: “Byetone will present the project “Diamond Version”, in which other two great personalities are involved: Alva Noto and AtsuhiroHito; on the contrary, as far as Brodinski concerns, it seems that he chose as his set mate the Parisian Gesaffelstein, dj and producer, who became part of Turbo recordings of Tiga.”

To get back to what I was saying about 2nd March, Red Bull Music Academy, the event that has been joining Sonar for many years now, presented on that occasion a series of artists representing a good synthesis of the current local music scene: starting from the broken rhythms of new dance to the house from African origins. 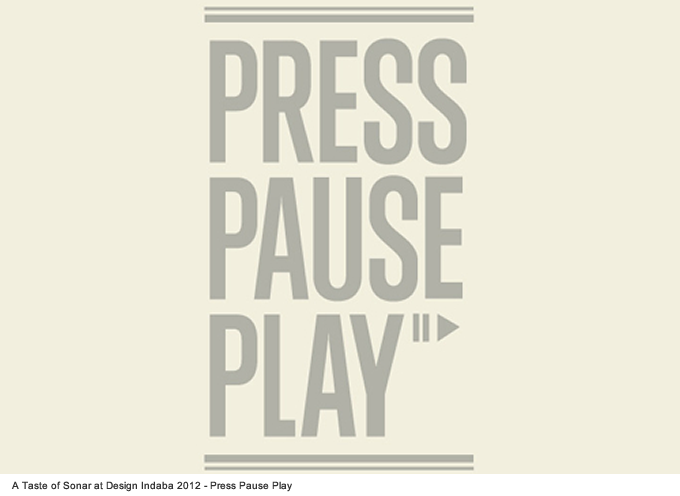 On the contrary, for SonarCinema section they presented a selection of movies and documentaries, all bound by a fil rouge that comprised music and new technology. Like in the case of the feature film “Press Pause Play” dealing with “fear, hope and digital culture”, which collected more than 150 hours of interviews with creative artists of International renown, and which includes the contribution of Moby, Sean Parker, Hot Chip and Bill Drummond.

The interview with Georgia Taglietti is coming to an end, but before that, she wants to describe what her South African experience meant to Design Indaba: “It’s an honour, an amazing experience for knowing new artists and broadening our horizons, and also for creating a bond, a connection with one of the two continents where we have never been before. Now it’s the turn of Australia!”

Sonar, determined and with music in its genes, will thus reach another destination – the first one of the four destinations arranged in 2012: after Cape Town, the Festival will move to Tokyo (21st-22nd April), to São Paulo (11th-12th May) and then – as ever – to the great showcase in Barcelona (14th-16th June).