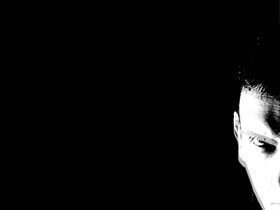 GleechtPlug is a piece of audio software oriented to the production of gleecht and noise sounds through mathematic processes. The interesting point is how the instrument works and produces sounds, a procedure that is common between artists espousing generative methodologies in the field of experimental creativity. Likewise, oM is a true player of generative music, able to generate autonomously random ambient music, for absolutely unique and unrepeatable listening experiences.

I asked Giorgio Sancristoforo a.k.a. Tobor Experiment , author of those two pieces of software, some questions about his work and about generative art in general, obtaining some interesting considerations on how the music background may change in the next years thanks to the experimentation and contamination brought by code artists (generative and not) to electronic music, digital composition, fruition of music itself and last but not least to sound art that is more and more eager for new frontiers and stimulating perspectives. Giorgio Sancristoforo delineates a picture which is not unfocused in time and that, meanwhile, is absolutely fascinating.

Fabio Franchino: Tell me about your attitude as a musician and as a software developer.

Giorgio Sancristoforo: While I’m creating software, I make music. The programming, if I am on digital trip, is an integral part of the creativity process. The mean becomes the message, or, at least, it is melt in it in a quite indiscernible way. The creativity in that sense is like an oscillator, it is a controlled feedback circuit. You have an idea about a dsp, you put it into software and it let you create sound objects, than that “music” leads you to create another piece of software. It’s quite like a perpetual motion. But like any musician, I believe that listening is essential and, consequently, while I am creating a piece of software or a bass line, I listen to hundreds of records.

But I don’t think I am a professional musician and I don’t think I will do it as a job. It is a niche I have carved with the years and I don’t want to beat my head against it. My activities of sound engineer and editor take me a lot of time. Music is food for the spirit.

Fabio Franchino: I personally feel your piece of software is very interesting during performances or live installations.

Giorgio Sancristoforo: The aim of each piece of software I write is live performance. A live as well as an installation is the basis for programming strategy. In those terms, we could even talk about digital art of lute-making. I like to imagine that what I create are true instruments and not programs of word processing. I often receive e-mails by artists who use my software and, to be honest, I prefer this kind of e-mails to receiving compliments for a song. A French singer/songwriter, Teradélie, used my plugins and like her, many other artists have all over the world.

Fabio Franchino: What do you think about generative art? Do you recognise in it some how?

Giorgio Sancristoforo: Generative Art profits from a technological paradigm which will be responsible of enormous changes in a not so faraway future. Electronic music production has achieved saturation. In the past, it was easy to follow emerging artists. Nowadays, the number of people involved in the electro music production is enormous and the means are at everyone’s disposal. Some kinds of music and a series of its derivations will probably be involved in a radical transformation.

In terms of technologic innovation, musical instruments producers haven’t done a lot. Within the years, we observe the birth of new forms of sound synthesis and the rebirth of others fallen out of use, but fundamentally, the creative process has remained unchanged.

I hazard a guess that the next true generation of hardware musical instruments (let’s say the groovebox of the next future) will implement new forms of musical composition, instead of new fashion sound samples. So far, they tried to give great importance to the generation of sound and no importance or quite to the way sounds are dealt with within a musical structure. The musical toy of the future will instead give a lot of importance to composition methods and generative technologies will play a fundamental role in all this.

It’s true… today there is a certain tendency between electro musicians to write software. But I am sure it will remain what it is, a niche phenomena, as the access to know-how, which is required for programming even only a patch with a graphic language, is easy as Max depends on a certain knowledge which discourages many quickly, who are easily frightened if they heard somebody say something about Fourier series or Nyquist frequency.

The inventors/musicians will remain a necessary vanguard, as it has always been, but the true technological step will come from the big companies producing instruments for the mass. The market of electro music is varied and flourishing; someone soon or later will create pro and semi-pro machines which will implement generative systems. It has already started; you only need watch carefully a few Ableton Live ‘s features.

The fascination of hands on the machine will remain intact, as the level of the accuracy up to the details will always be a choice and a right of the composer. What will change is the creative process. Instead of composing musical structures as if we were drawing each photogram of a movie, taking care of each detail, the generative systems will allow us to create “seeds” ( that is to say to develop some rules) which will evolve more or less autonomously.

Alternative music of the future will act as a very primitive human being. In this sense, we will handle really modern musical instruments (funny, isn’t it?). It is obvious I am not predicting the death of piano. That’s all we needed! It’s like computer, it hasn’t replaced printed paper, but people use it each day in order to do incredible things.

What will become slowly obsolete together with MIDI are CDs and audio files such as mp3 or aiff. Electro music won’t be music in a box anymore. Generative technology already let us doing this, but soon “reproduced” music will leave its place to music “generated” in real time. Today, if an iPod could run software made by other software houses with a decent Ram, it would run software capable of “generating” music in real time.

I imagine that the musical shop of tomorrow will sell software together with traditional music. A few seconds and you will download on your player a generative patch which will produce the most brilliant ambient/ethnic music you have ever heard. Music will change each time you listen to it and you will be able to manipulate some simple rules in order to make it yours, each listening will be unique, as in a live Jazz.