Listening Through (2020) by Elena Biserna and Anna Raimondo

Onlife at Centrale Fies within the frame of Hyperlocal
www.centralefies.it/xl/chapter6.html

XL was and will be the new format of Centrale Fies, originally conceived for the 40th anniversary of Drodesera and the 20th of Fies. Today it finds a new correlation in the analysis of an “oversize” that breaks the summer one shot , weaving together all the annual events of Centrale Fies.

From the 24th of July the website www.inbtwn.it hosts the second chapter of “INBTWN – In Between”, a programme for XL, the new format of Centrale Fies. From the 17th of July until the 8th of August XL will take place every weekend, once again live and on-site at Centrale Fies (Dro – TN).

Through INBTWN, curator Claudia D’Alonzo develops a reflection on the relationship between bodies and technologies, through four distinct artistic interventions. The programme focuses on a condition of in-betweenness given by the compensation and interaction across physical and virtual reality. A living status that the lockdown has made more manifest, but which has actually characterised for a long time now our ways of interacting, being in relation with each other, experience the space and “being present” in more than one dimension at the same time. In 2014 such sense of hybridity was defined as Onlife by a team of researchers from the Oxford Internet Institute, a group led by information philosopher Luciano Floridi, within the text Online Manifesto: Being Human in a Hyperconnected Era (available via Open Access publishing on Springer https://link.springer.com/book/10.1007%2F978-3-319-04093-6)

INBTWN is a space in transformation and changes its shape at every stage of the project. From June to October 2020, the website hosts web-native artworks or formats re-arranged for the internet, together with projects departing from the online and inviting to perform the space, from the one of physical bodies to the public sphere. In other cases, INBTWN online environment becomes an explorable archive, collecting sources that narrate the studies taking place before the making of the artwork; other times, it becomes an open laboratory focussing on ongoing working processes, making accessible the aspects sometimes less represented within other formats and fruition environments. 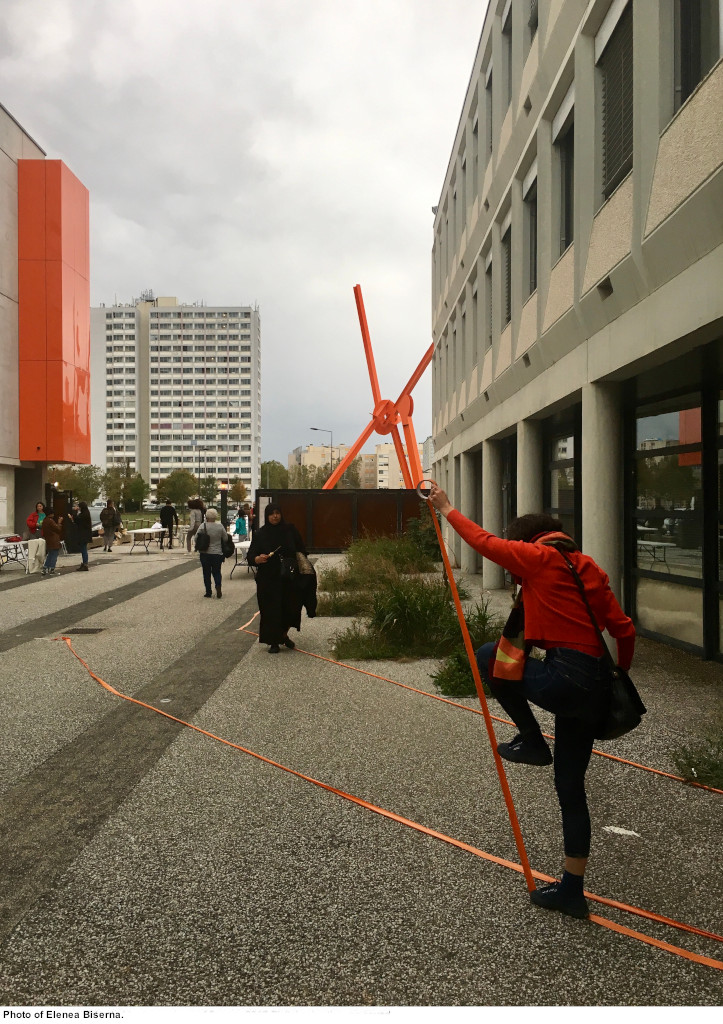 The second contribution to the program is Listening Through by curator and researcher Elena Biserna and artist and researcher Anna Raimondo. It will be presented from the 25th of July onwards on the website of INBTWN and at Centrale Fies, within the frame of Hyperlocal. The two authors have accepted the invitation as an opportunity to continue an ongoing discussion they have been sharing for a few years. The intervention is a moment to share shards of their research and to activate a series of invitations to listening and performing bodies. 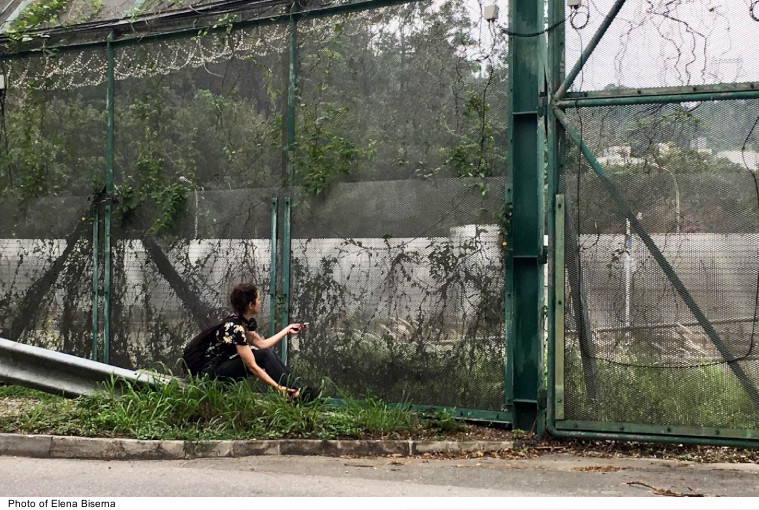 Dislocation, voice and sound are the key features of the formats of Listening Through, a project based on the language of the radio, which first revolutionised ways of connecting places and people, of feeling close to each other and being present even within immateriality. A language that for such potential has played a crucial role for the worlds of culture during lockdown.

When: 25 July | live radio stream 18:30-19:30h between Brussels, Marseille, Milan and Dro (TN)
Where: On air on the website of INBTWN and across the spaces of Centrale Fies
A radio dialogue between Elena Biserna and Anna Raimondo joining in from two different cities, Marseille and Brussels. Directing the conversation from Milan will be Radiovirus, the webradio of MACAO born from Radio Lottomarzo, one of the initiatives of Non Una Di Meno in the occasion of the 8th of March 2020, the day of global transfeminist strike that this year coincided with the start of lockdown in Lombardy. INBTWN curator Claudia D’Alonzo will introduce and moderate the discussion from Centrale Fies, inviting interventions from both on site and offline audiences. The dialogue between the two authors will include listening sessions spanning from Anna Raimondo’s sound projects, to other artists’ works, and to those voices that keep feeding their utopian thinking, while nourishing their listening and relational processes. Listening is their tool: a prism chosen as a vector of complexity and plurality to deconstruct hierarchies, dichotomies, normative discourses and power relations.

«As always, we start from ourselves – say the authors – from our own bodies, know-how and practices, always partial, contextual and situated. We will try to open up a listening space “through” gender, as well as to question gender roles “through” listening». 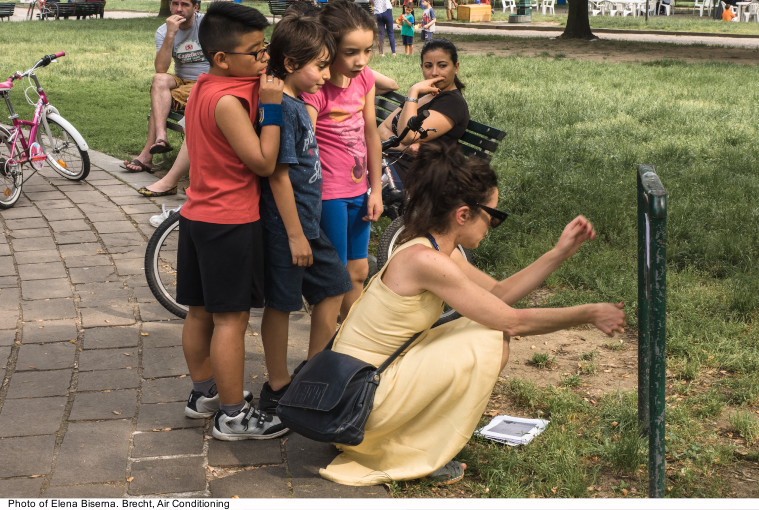 When: From 27 July to 12 September | Scores to be performed in the physical space
Where: Online on INBTWN homepage www.inbtwn.it

Later on, the website of INBTWN will host a podcast of the dialogue, together with a series of exercises and scores by Elena Biserna and Anna Raimondo, proposing a gender-based listening sessions that users will be invited to perform. The two authors have imagined an itinerary that involves multiple transitions: from an intimate space to a public one, from a confined to a deconfined body, from a biological to a social body, from gender identity to a trespassing of and from genres. 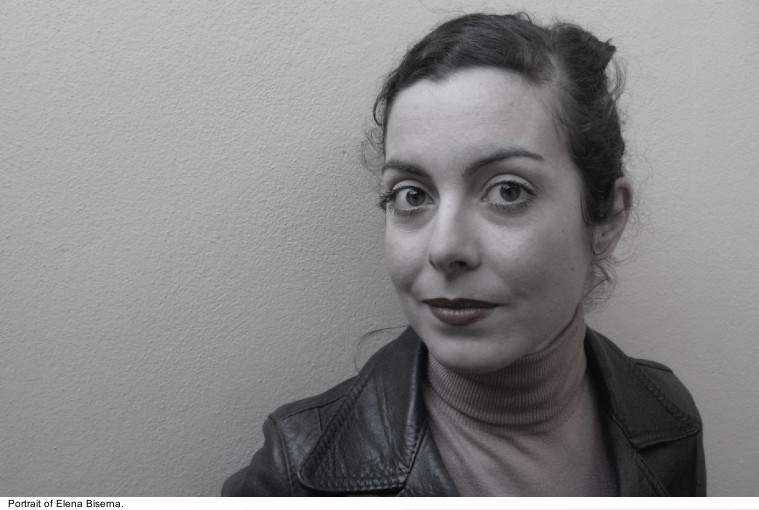 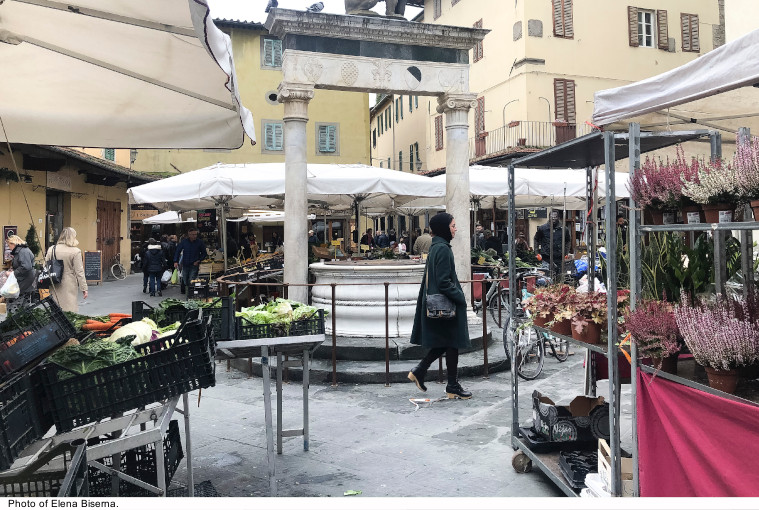 Anna Raimondo activates meeting and exchanging devices. Her work is like a journey across social diversity with the aim of creating areas of interaction. Her methodology is flexible and varied, while her process makes herself part of the exchange, turning art into a meeting point. The material is formalised into actions, performances, photographs, videos, sound and video installations. Her research also presents a playful and ironic facet, through her actions in urban spaces and her sculptural creations. A story, a word, a gesture, an everyday object become evidence of multiple identities, which are disclosed and problematised. Following her Master in Sound Arts at LCC (UAL, London), Raimondo obtained a PhD at Académie Royale des Beaux-Arts de Bruxelles ARBA and ULB University: “New Listening Genres: Voices, Bodies and Territories”. She took part in several exhibitions such as “Fronte Nazionale Naso Partenopeo” curated by Marco Trulli at Albumarte (Rome, IT); “Nada que declarar” at Centro Cultural Matienzo (Buenos Aires, ARG); “New Boundaries of the Wellness of Vaginal Ecosystem” at galleria Ex Elettrofonica (Rome, IT) curated by Lucrezia Cippitelli and at Museo TEA (Santa Cruz de Tenerife, ES) curated by Juan Matos Capote; 13 Dakar Biennale (SN) curated by Alya Sebti; “Loading…Casa” curated by Salma Lahlou for Dubai Design Week; “documenta 14” at SAVVY Gallery (Berlin, DE); “Africa is not an island” at MACAAL Museum (Marrakech, MA). www.annaraimondo.com 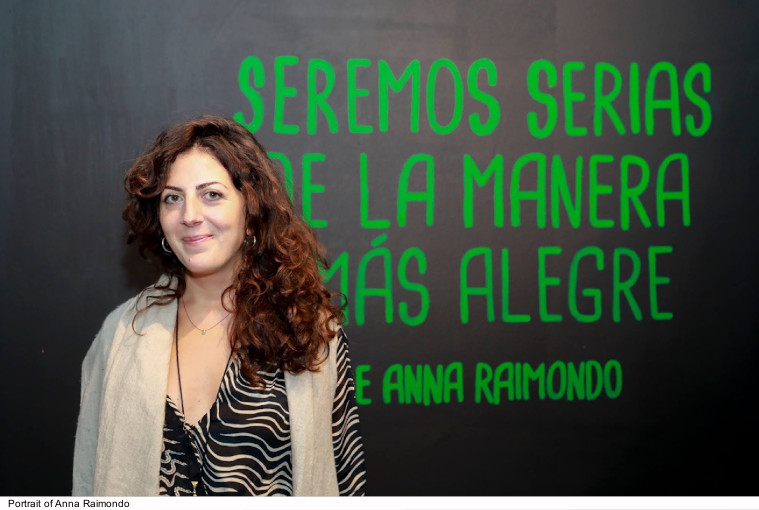 The outburst of the COVID-19 pandemic in the north of Italy coincided with the 8th of March, the global transfeminist strike day. Due to the lockdown imposed to contain the infection, the Non Una Di Meno movement had to cancel most of demonstrations they had organised, including the strike that would have had to take place the following day… In view of this, Non Una di Meno Milano has organised a series of alternatively situated initiatives: some offline ones, such as actions on specific buildings and monuments, as well as some online ones. For instance, one of the initiatives was that of starting up a web radio, Radio Lottomarzo, in order to follow the days of action and to enable every person, especially those belonging to the categories mostly affected by the epidemic emergency, to access and take part in the strike, listening and/or sharing sound contributions. Once the strike had been over, the radio station of Non Una Di Meno Milano decided to continue broadcasting for the entire duration of the lockdown. Starting from experiments such as this one, MACAO, in collaboration with both territorial groups and transnational movements, decided to activate Radiovirus, a webradio conceived to function as a container of digital tools to enable as many bodies as possible the opportunity to make their voice heard. radiovirus.org/

RADIOVIRUS is partner of Listening Through, the second event of the program “INBTWN – In Between -” curated by Claudia D’Alonzo.

To keep updated on XL and Hyperlocal programmes visit http://www.centralefies.it/xl