Cam Girls And Sex On Second Life: A Report 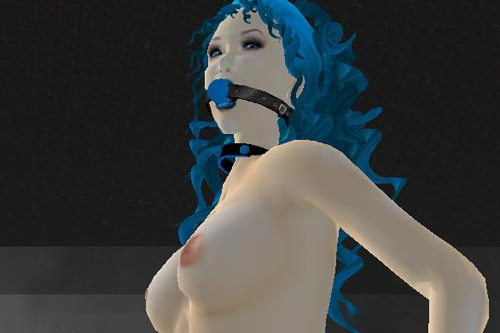 Is at Amstedam and is always incredibly crowded. In truth there are several Amsterdam each with its red light district, canals and local posts of the lap dance. The city is made up mostly of empty tenements, often without access to a dramatic background. Deserted streets, the air displaced people running away and very few prostitutes behind windows.

The red light district on the contrary is always full of people. Designed as may exist in the mind of every tourist, in Second Life can be found at Yaupon Plain 158, 168, 601.

Leaving the metro station a short walk from a fountain always crowded, you will be in a closed rectangular square on four sides by collecting information points where the business cards of the Escort and see if they are online. In some places like the Sex Shop Sintimacy and find what you need for your avatar, like a new skin or other gadgets.

There are those who despairs cheated…

Much of the buildings of the District are by Allcot Floyd, Jaabe Reinsch and Sonia Dwi. The central fountain is the navel of the square. All around is a bazaar of sex with continuous trading. The balloon over the heads of the avatars leave no doubt. Mariella Jet City is offered as webcam escort. 4000 Linden Dollars for 10 minutes. About 16 euros.

The screen is full of messages, can not read them all. Del Hotaling is near the fountain is its avatar is in despair and put her hands to her eyes. Has been conned by a cam escort. 3500 Linden has paid for a show of a few seconds. Then he has paid more in 2500 hoping to resume transmission. None. Now cries and curses Nienke Collins asked everyone not to go with her.

Do sex, is better. You can be cheated with webcam ” warns Eise Wiesel. Diamond shirt, pony tail, white pants, you brush your hair on board fountain. Gives me fifteen minutes of sex between avatars for 350 Linden. I say that I feel honest. Within the heart, and I know not to be equipped: I miss the shit. Eise says there is no problem. Can you give me a “cock horse” for the duration of the benefit, then I make. Or he can sell me a set of nine penises for 13 Linden.

… and who buy clothes with the money of performance

“Das ist schön!” Gamble because the profile is in Vienna. Eise tells me that the money and used to buy clothes for their avatar in SL. Saw a track that you like, with striped stockings. He also uses the webcam but not today because it’s his home and is in residence.

He hopes to return soon, with photos and escort services to be earning little. The dormitory of the university is more liberal and not ashamed even to meet his roommate. Indeed, he adds, for an additional charge also involves her friend. In two, even with voice-cam, for 15 minutes, calls 18000th Linden. ‘I am young and not fat, you have fun … lol’. Fun for more than 60 euros.

Understand immediately that I have no money to spend and complains: “I know it’s hard work … and getting harder and harder.” Too many prostitutes to the streets in her opinion. Ask what you earn? “Maybe 3-400 if you stand here 18 hours and talk nice to men”. She tells me that the Lindens can be converted in U.S. dollars: “U need to exchange 250 dollars back to real money, is about 800,000 Lindens” – but Eise is about 145,000. Why they invest. In seductive clothes. Also has specialized in sadomasochism. Has a collection of poses for sex, shackles and strap on, suggesting that its customers like to get caught behind.

I ask her to show me his outfit with striped stockings. I added to the list of friends, disappears and gives me a teleport to Vamp Berlin Kaufhaus. Is a large room with many people without images on the walls of different. All very sexy, nothing to first communion: “Is Linden close to the machine”. Then he disappears and goes back to work. He gives me a glass of champagne. Grasped immediately, admits that for a certain tone, and do a tour of the Kaufhaus leaving behind the Red Light Discrict.