Meriem Bennani in the exhibition “Life on the CAPS” 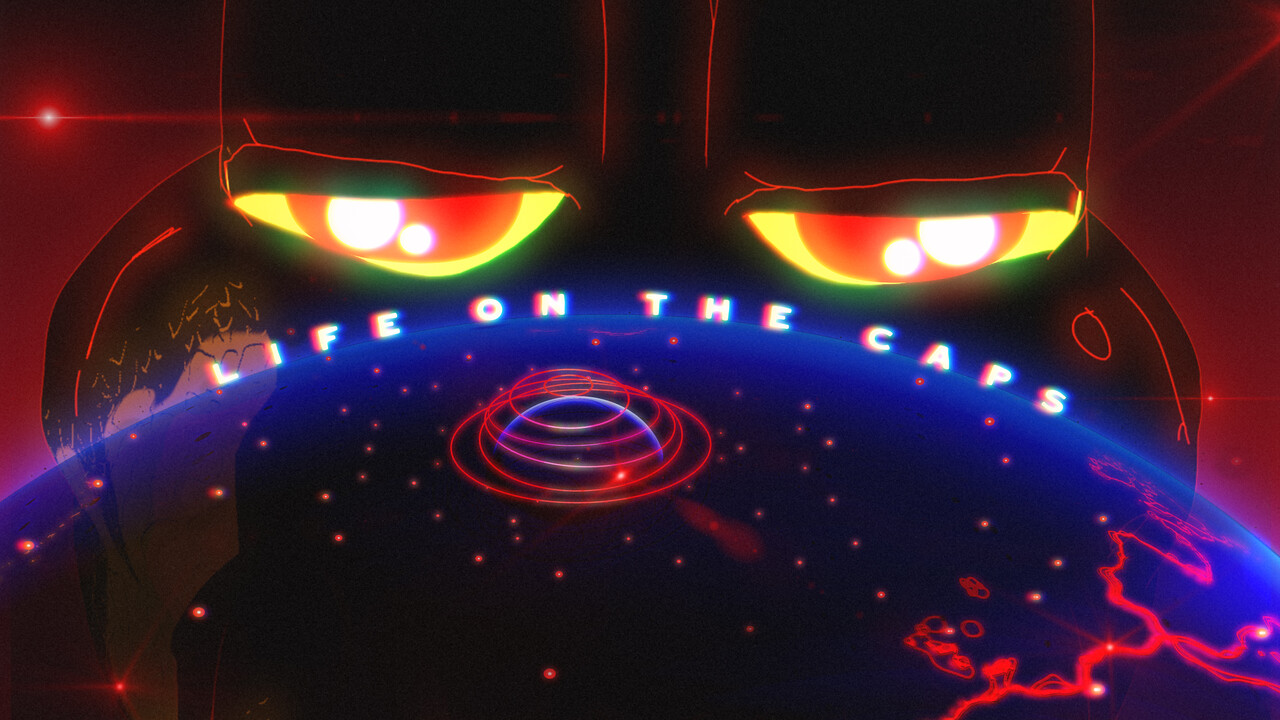 Life on the CAPS is a new chapter in Meriem Bennani’s film trilogy of the same name, set in a supernatural, dystopian future surrounding a fictional island in the middle of the Atlantic Ocean. This new work is a result of the artist’s research and reflections on the histories of island societies, biotechnology, and vernacular music. Layering live-action footage and computer-generated animation, Bennani intuitively adapts editing techniques that evoke documentary film, science fiction, phone footage, music videos, and reality TV. Her one-person exhibition at the Renaissance Society will mark the debut of this personal, electric yet melancholic consideration of what it is to live in a state of limbo.

In the world of the CAPS, teleportation has replaced air travel, and displaced populations utilize this portal to cross oceans and borders. Over three generations, what started as a detention camp has developed into a bustling megalopolis where the descendents of families who “illegally” teleported, as told by their cartoon crocodile avatars, are held by the state (together with luxury condo printers, DNA pills, frozen Oreos, and cargo ships with new cars). 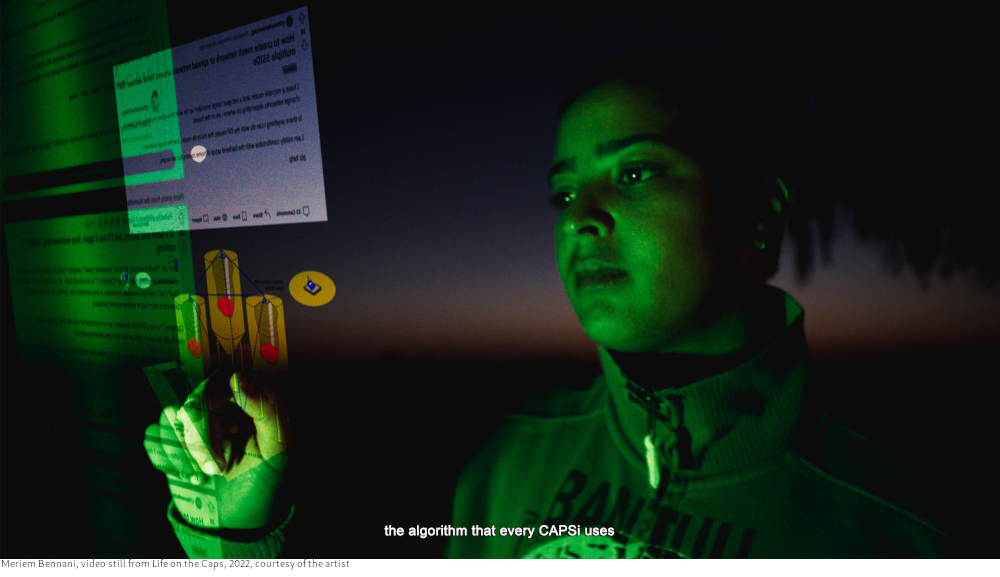 Kamal, the main character we follow through the story, got himself a new body, doubling his life span in the hope to take part in a CAPS liberation movement and fight for causes that are impossible to solve ”within one’s lifetime.” Although ideas of protests and the political potential of group action were the initial prompts for this new chapter, they quickly moved to the background. What came forward is a narrative of one person’s experience in transition (between places, ages, bodies) and diasporic longing for a place or a time that will never be experienced again.

Seemingly apart from the world of daily experience, yet completely of it, Life on the CAPS blurs and bends realms of the psychological and physical, myth-making and real life, that we are programmed to believe are innately separate, but which Bennani’s film reveals are deeply intertwined in an individual’s life under the nation state. Using sci-fi as a tool to abstract cultural specificities rather than speculate about the future, Bennani takes full liberties afforded by this genre while still relying on the situated subjectivities of her characters. This work in particular owes much to Bennani’s intimate connections with collaborating actors, DJs, and other musicians, including musician and producer Fatima Al Qadiri who scored the piece.

Enacting a variety of cunning shifts, Life on the CAPS moves fluidly from the imaginary to the geopolitical, between the microscopic scale of DNA and the global eye of surveillance, the power of individual experience and power of collectivity, building on an emotive, formal experimentation that refutes boundaries.