John Hansard Gallery, part of the University of Southampton, is pleased to announce two new digital works by artist David Blandy, especially commissioned to reflect on the uncertain times that we currently find ourselves in. These two new works show the audience How to Fly and How to Live, obliquely referencing our present moment, while also pointing to new potentials.

Through his diverse practice, David Blandy (b.1976, London, UK) questions our relationship to the culture that surrounds us, reflecting on the imaginary spaces that form our identity. Delving deep into video gaming, genre fantasy and Internet culture, he is fascinated by each form’s potential for communality and finding new forms of kinship. 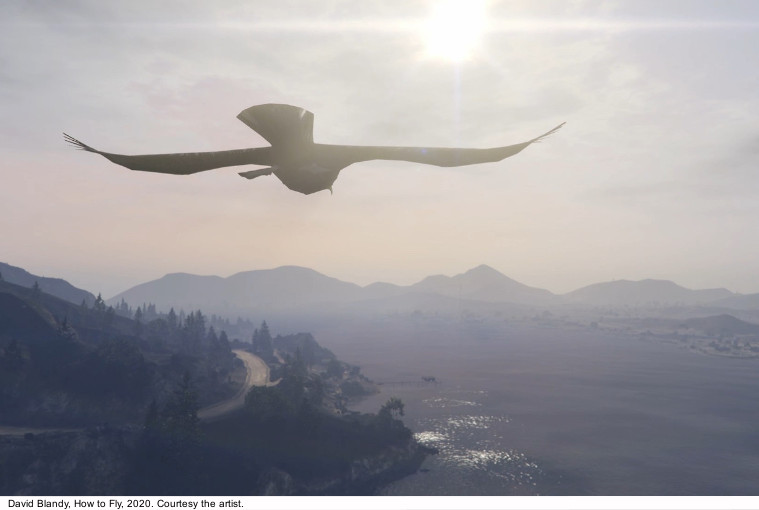 The first of Blandy’s two new digital videos, How to Fly (2020) will be shown throughout May as an online exhibition to coincide with the soft launch of John Hansard Gallery’s new website, and will also be shown on e-flux Video & Film from May 1 through May 15. The second, How to Live (2020) will subsequently be shown online throughout June.

These two newly commissioned works build on a series which uses the form of online video tutorials to explore ideas around patterns in nature and existence. Each of them begins with Blandy giving a step-by-step tutorial explaining how to make a short video about a specific subject, only using the tools available via a computer – through the Internet and video editing software to video games.

These two new tutorials develop from his previous works: How to make a short video about extinction (2014), and How to make a short video about ideas (2016). Both of these previous works explore the increasing uncertainty of what is real and what is artifice. As the digital world pervades and infiltrates every aspect of our lives, it becomes evermore difficult for anyone to ever have a ‘genuine’ sense of reality, instead these works highlight how reality is felt in a range of new and varying ways.

David Blandy is also one half of a collaborative practice with artist Larry Achiampong (whose recent exhibition at John Hansard Gallery, When the Sky Falls sadly had to close early due to the coronavirus pandemic). One of their recent projects, Finding Fanon (2015–17), focuses on the writing of Frantz Fanon and post-colonial identity, and their latest collaboration, entitled Genetic Automata (2019), was commissioned and toured by Arts Catalyst in 2019. This piece forms the first part of an ambitious new body of work by Blandy and Achiampong, exploring race and identity in an age of avatars, video games, and DNA ancestry testing. In 2018 their collaborative work was selected for the Film London Jarman Award. 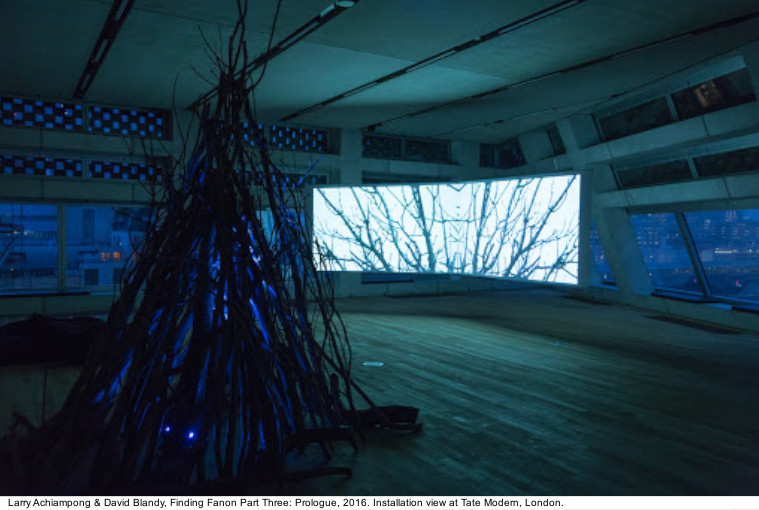 How to Fly and How to Live are John Hansard Gallery online exhibitions as part of the Digital Array programme that is supported by the Barker-Mill Foundation.