DECiBEL. A melting pot to dance 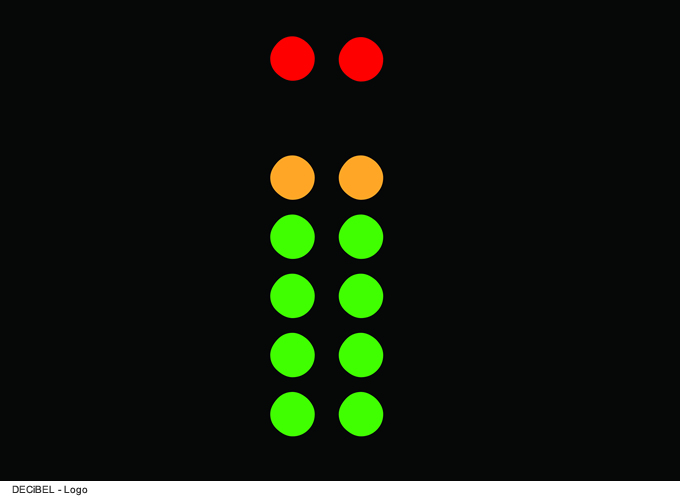 Within the landscape of the international electronic music Tectonic (http://tectonicrecordings.com/), a label based in Bristol, has always been very careful in the selection of its artists. Pinch alias Rob Ellis, “the godfather of dubstep” and founder of this label in 2005, doesn’t give all his blessings.

The last going into the multicolor family is DECiBEL, dj and producer born in London (real name Jay Fontaine) grown up in the sign of the cultural contamination. So his music takes form from the same variety of styles and sounds, let it influenting from everything that seems to have sense beyond genre’s definition.  Hip hop, crunk, dubstep, juke, hardcore, electro, pop, glitch and more mix themselves in his tracks, among whom Tectonic has just published a first taste with an eponim ep.

And that is clear also from an answer given on the Tectonic website: “I love reading so there’s a lot to choose from, but the best would be the book I’ve just finished.  I asked on twitter (@itsDecibel) if there were any good DJ autobiographies? Someone recommended “Superstar DJs Here We Go!: The Rise and Fall of the Superstar DJ. Although it centers mostly on Trance and Sasha its an amazing read, the early 90’s parties sound insane. They really had it all and almost blew it all, I think its only recently with the rise of “EDM” (I HATE THAT WORD) in the US that we’re starting to see something similar but them guys were the originators”. 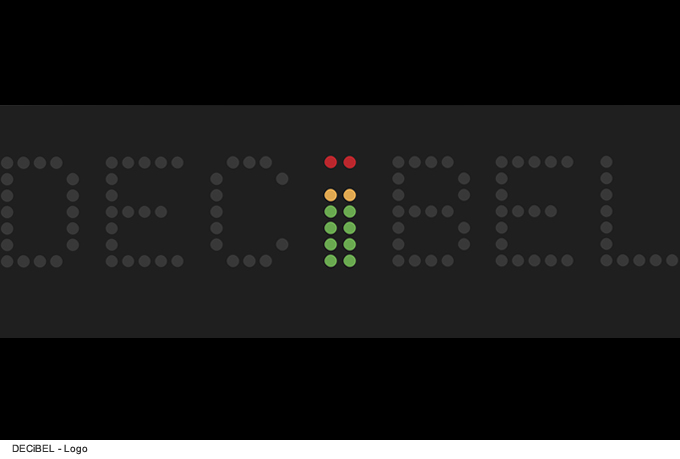 Claudia Galal: Tell us your background: how did you get into music and djing originally?

DECiBEL: I was just a kid who loved garage music and had a dream of getting on pirate radio. After my girl left me, I decided to spent the money for her christmas present to buy myself decks and a place on a Point Blank dj course in London. I’d never really had any intentions of making music, I just love playing out. But as time goes by you start looking for the perfect song for your sets and if you can’t find it, you’ve got no choice but to make it.  So I got my friend Devon to teach me the basics of production and spent a lot of time watching YouTube tutorial videos.

Claudia Galal: Where were you born and grown up? Where do you live and work at the moment? Could you say that those places have influenced you?

DECiBEL: I was born in Mile End, East London, but I currently live in Belfast and I work in some clubs in town. East London is a melting pot of cultures and ideas so I’d say it definitely influenced me, especially when it comes to mashing different styles together. Everyone tended to listen to pirate radio (De Ja Vu, Storm & Rinse FM), so I grew up listening to underground and electronic music. I was brainwashed into the dj culture from an early age.

Claudia Galal: What is your working method, for example in creating a new track or making a remix?

DECiBEL: If it’s a new track, then generally I’ll have an idea of what I want to make. I would have heard a melody or percussion in something that I was playing out or heard on radio that I want to steal or expand on. So I’ll start from there and see what happens: 9 times out of 10 what I finish with is completely different from the original idea. I also love making music when I’m travelling, makes the time fly by and I find that all my best tracks have been made on the road.

If its a remix I don’t listen to the original track at all, I’ll listen to all the individual stems and listen for any sounds that I like and build it around a few key sounds. My studio is essential: my Beyerdynamics, my MacBook Pro running Ableton and my sofa. 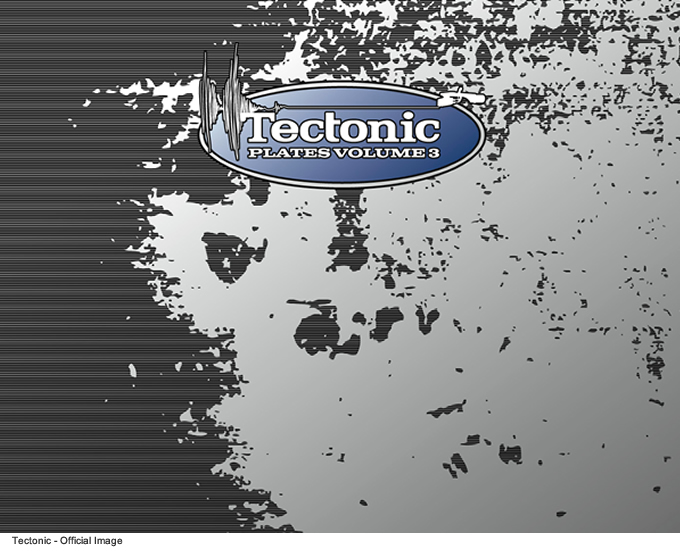 Claudia Galal: Your sonic universe seems a sort of collage of different genres and sub-generes: where do you find inspiration to create it?

DECiBEL: I’m very lucky that my day job is a resident dj, because when you’re a resident dj and not a touring dj you aren’t doing the usual one hour set.  I have to dj all night from 22:00 to 03:00. As a result I’d kill myself if I had to stick to one genre of music all night, when I’m playing I’ll go through tons of different BPMs and genres. So when I’m producing even though I stick to 140-150BPM I’ll be influenced by all the different genres of music that I’ve played out.

Claudia Galal: Generally speaking, what are your main influences?

DECiBEL: Among djs I like dj AM very much: he could turn up anywhere in the world and rock any party. Dj EZ as I’ve always wanted to mix and blend like him. And Carl Cox, because this guy is a legend, his song selection is always amazing and intense song selection and he has immense dj skill. Generally speaking in the whole world of music, my top 5 is Pharrel, Q-Tip, Wookie, Todd Edwards e Swizz Beats.

Claudia Galal: How could you define your music and your sound?

DECiBEL: I hate defining music, or the endless new sub-genres that pop up every week.  I’d just call it “bassy” dance music and hope that people like it.

Claudia Galal: What does “originality” mean for you?

DECiBEL: “Originality” would be crafting and coming up with something completely new, like when Dubstep first broke out or when Daft Punk dropped Homework. I think originality is something thats missing these days, because producers follow the trends and make all similar things. For example, if it’s the moment for Trap o Moombathon, everybody goes on to that direction. 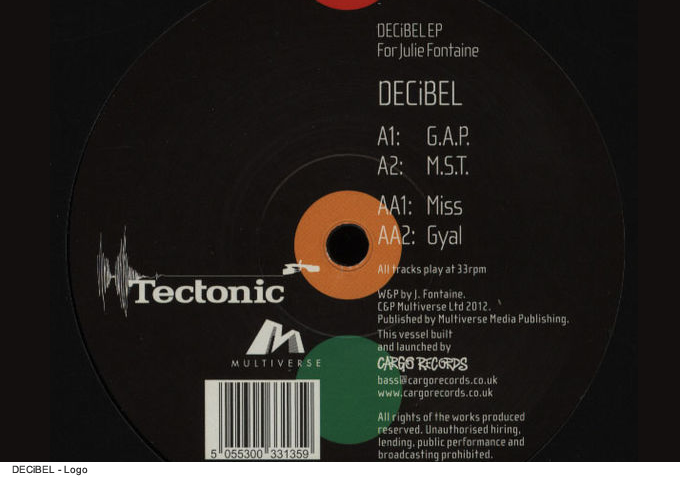 Claudia Galal: How do you get yourself ready for a dj gig? Why do you choose a track to play?

DECiBEL: Before my djset I stress myself, worrying that I’ve packed everything (I lose and forget everything). In truth I don’t prepare anything. I go and start playing what I feel good and people appreciate. I’ve got an easy way to choose what I play: when I listen to a track, I give it a valutation from 1 to 5 and then I choose tracks with the best valutation for my gigs.

Claudia Galal: Which are your favourite location to play? Do you prefer big open-air festival or small clubs?

DECiBEL: I prefer small clubs, with loads of smoke, minimal lighting and just one strobe controlled by me.

Claudia Galal: Tectonic is a very interesting label in the international electronic scene. How do you get in relationship with Pinch and his label? What do you have in common with the other artists of Tectonic?

DECiBEL: All the artists on Tectonic sound different, so hopefully I have nothing in common with the rest of the artists as I believe thats how he’s been able to keep his label sounding so original and fresh. I’ve known Pinch because someone passed While G.A.P. and MISS o his girlfriend, who recommended them to him.

Claudia Galal: And what is your biggest dream, considering your artistic life and your work?

DECiBEL: To produce an album, that’s the dream of every producer and produce tracks for hip hop royalties like Nas, Jay Z, Kanye and if they ever reformed A Tribe Called Quest. 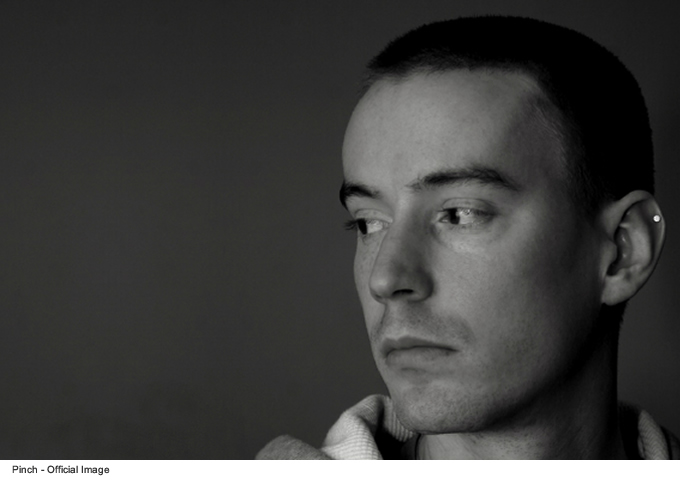 DECiBEL: The UK!! It happens the same thing for food and music: the British love embraces everything and let stuff developes. How else can you explain something like a Tikka Masala or chips and curry?

British people love innovation, you can see all the genres risen up and all the different cultures taking the 4/4 blueprint, mixing them together and putting their own twist on it. We could draw a line that goes through Northern Soul, to Disco to House to Trance to Techno to Happy House to Hardcore to Breakbeat to Jungle to Speed Garage to Bassline to 2step Garage to Grime to Dubstep…

I find it quite funny that the Americans are going crazy for “EDM” as they’re the ones who invented it… They just took it from UK and Europe and then they sold it back to them.