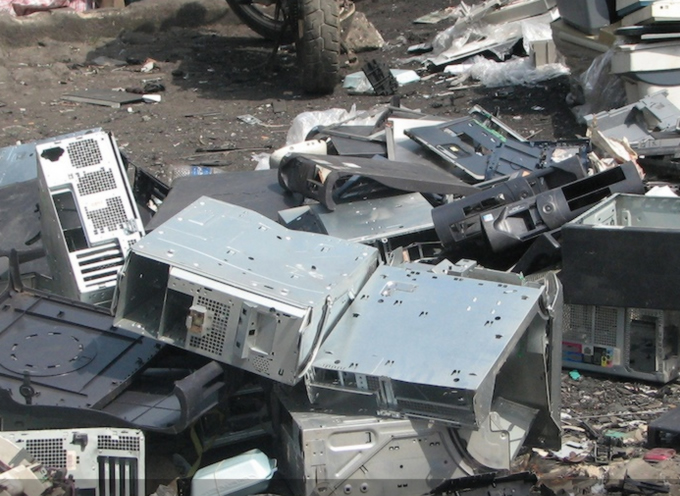 “Electronic waste” or “e-waste” is a generic term to describe old or discarded electric and electronic equipment that have ceased to be of value to their owners.

Bodies of Planned Obsolescence is an art-science research networking project that uses and develops strategies in digital performance art, cultural studies, and science, to engage with the political, sociological and ecological issues around electronic waste in countries that export (UK) and import (Nigeria and China) used technology.

An international group of artists, cultural theorists and scientists have followed a practice-based approach to explore the materiality of obsolete and discarded electronic devices in a series of workshops, symposiums and exhibitions in Hong Kong, China, Lagos, Nigeria, and London, UK. Central to the workshops in Nigeria and Hong Kong was a series of practice-based explorations of e-waste recycling labour.

In a journey filled with piles of all sorts of electronic materials and devices, from old flat screen TVs to computers and household appliances; keyboards and other plastic shells; CDs, DVDs and their boxes; cables and other peripherals, the group spent a few (adventurous!) days working at an e-waste dump site connected to the Alaba market in Lagos, an enormous market in the western outskirts of Lagos which includes one of the biggest used electronics trading sites in Nigeria. Following Lagos, the group travelled to Hong Kong, where they participated in electronic waste recycling labour, dismantling computers and monitors, but where they also explored the consumer world and trade at used and new electronics markets. 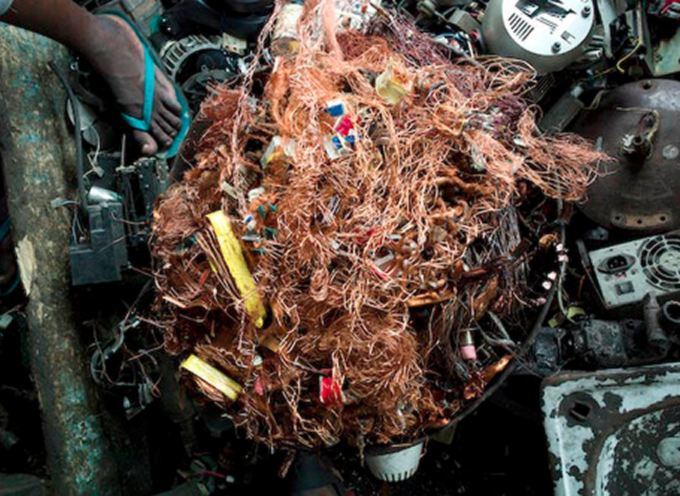 The project engages arts practitioners with the material and socio-economic aspects of technology in terms of their production, and their ‘afterlife’ as electronic waste, but also looks to open public debate and discussions around the problematics of e-waste.

During the last part of their research, the group will spend a week working together at Watermans and exploring e-waste recycling sites in London. In this exhibition the participants share their experiences from Nigeria, China and the UK journeys, as well as their research and work developed during the project.

A public event tomorrow on Thursday 2 July, will include presentations, talks and a group discussion about the project. You can read more about the collective work and reports from Lagos and Hong Kong on the project blog pages:
http://www.e-waste-performance.net/blog.html 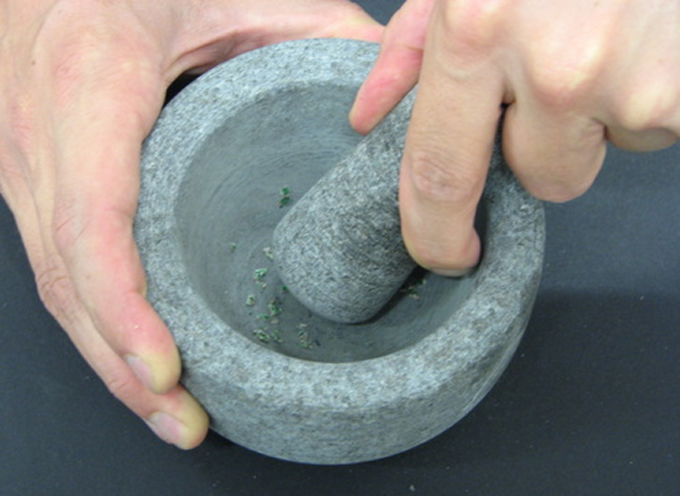 ‘Bodies of Planned Obsolescence’ is funded by the Arts and Humanities Research Council (AHRC) and The Royal Central School of Speech and Drama, University of London. Grant reference: AH/L01582X/1″
http://www.e-waste-performance.net