Besides the screen. The experience of film according to Gabriel Menotti 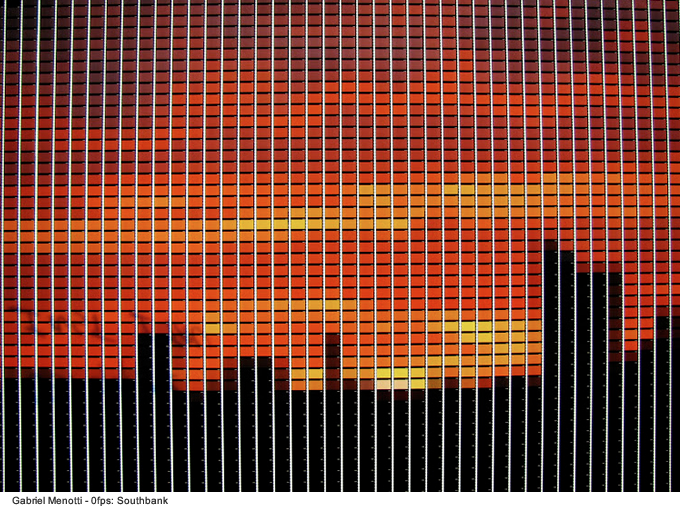 Gabriel Menotti teaches at Communication Department of UFES (Universidade Federal Espírito Santo, in Vitória, Brasil), he is independent curator and researcher engaged with many forms of cinema.

Gabriel Menotti is the author of the book “Através da Sala Escura” (through the dark room), published by Intermeios in 2012. The book presents Menotti’s research on cinema through a close look at its means of production and consumption allowing an insight into spaces, technologies and cultural implications that define the conditions to the experience of film. While presenting an historical overview of the architectural standards around movie projection practices, the readers already familiar with VJing will identify some of its contemporary features, such as the ambience of the club, by comparing to the relaxed past environment offered at cinemas as a social space for workers (nickelodeons). 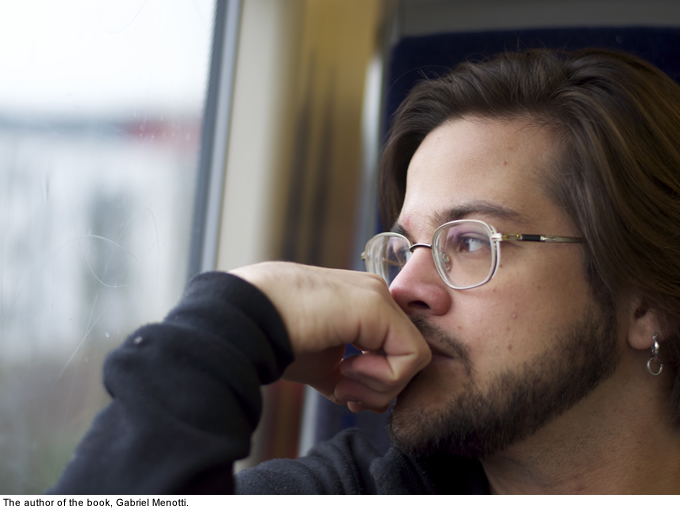 Menotti describes this position as a look into the history of movie theatre architecture from the perspective of VJing. Manipulating images live is only possible in the analog and digital contemporary contexts while cinema industry, bound to certain dynamics of consumption (in Menotti’s words), is not able to embrace the current technology in creative ways, that is, it is adapting previous ideas to new tools.

Ana Carvalho: On these terms, could you elaborate further on why you envision a potential in VJing to become more alienating than cinema and why it is limited by its own inability to mature and to be critical?

Gabriel Menotti: The book uses VJing as a counterpoint to what I see as a stagnation of cinema architecture and our inability to perceive its epistemological biases. I bring this point near the end as a caveat to the reader, in order to make clear that, even though VJing plays a positive role in the history of movie theatres I’m telling, it should not be placed above criticism.

I feel that any cultural practice, as it gets more specified – developing particular means of operation, places of circulation, business models etc –, entails stricter divisions between dynamics of production and consumption. However, this is not a sign of immaturity. Quite the opposite: it means the practice is growing into its own field, marked by distinguished critical parameters and professional apparatus.

A significant collateral effect of this streamlining is that the practice becomes further separated from everyday life and other media. As an organization becomes clearer, it might also get more hierarchical and inflexible, and we might fall into the mistake of seeing this as neutral, whereas it is a highly political matter. A way of resisting is to remain watchful to the ways in which specification affects language and power, be it in VJing or any other medium. 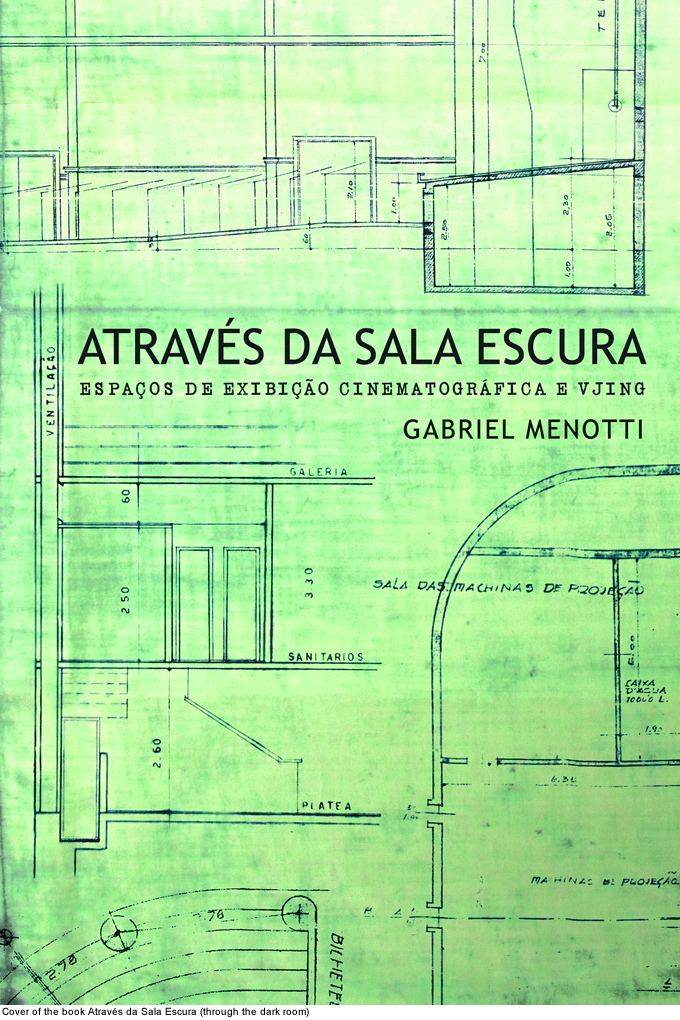 Ana Carvalho: Focusing on Peter Greenaway; on one hand he is a cinema director in the most strict sense of the cinema industry and, on the other, trying to bridge into a new way of making cinema, performs as VJ. Between director and performer-editor, having his wok as a starting point, how do you see the role the VJ plays in the construction of possible new cinemas?

Gabriel Menotti: I feel that other audiovisual practices allow for experimentation much more freely than cinema. In that sense, they serve as a sort of buffer space, in which filmmakers can find new possibilities to be brought into the cinematographic language. Peter Greenaway has been doing so for a long time, drawing from electronic media and contemporary art into his feature films.

VJing is particularly good as a sort of creative mangrove, so as to say, because it often occurs in places in which not even the way of showing images is predetermined. Very few elements are set, lots must be done, but this means it can be done different from the usual.

Moreover, it’s a regular, public exercise. The practitioners do it iteratively, in front of an audience, being able to test various options, evaluate the results, get a sort of feedback, and adapt their work accordingly. A filmmaker does not have these same luxuries, except for a few test screenings in the context of high-budget productions.

Overall, I think filmmakers can earn a lot by engaging with the activity of projection. To do so certainly gives you another sense of how cinema works, very different from using a camera or editing software. It is a shame that the projector is not only overlooked as a creative apparatus, but also barely talked about in most film schools. 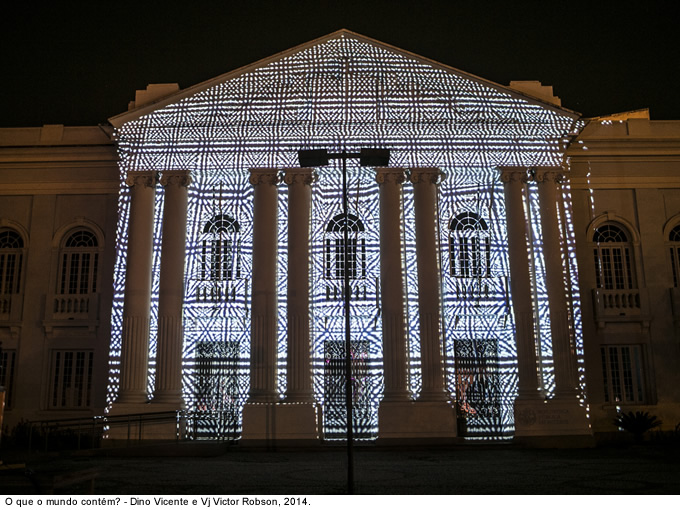 Ana Carvalho: Between the publication of the book presented here “Através da Sala Escura” and through the process of editing the upcoming “Besides the Screen” (Palgrave, 2015), which is about distribution, promotion and curating moving images, there are three years gap. During this time, how has cinema and VJing evolved and what new trends can we find in the production, which are evident in new ways of consumption of moving image?

Gabriel Menotti: “Besides the Screen” is at the same time a book, a research network, and a trans-disciplinary approach I’ve been developing alongside with Dr. Virginia Crisp. It means to tackle together many of the intermediary practices and technologies within audiovisual media – those that normally don’t get much attention from regular screen studies.

To some extent, this builds upon the work of “Através da Sala Escura”, as this previous research meant to foreground the prominent role of the architecture of projection (an element seemingly secondary to the movie) in our understanding of cinema. In doing so, it also carries on the hope to provoke enlightening cross-contaminations between such objects, in the guise of Siegfried Zielinski‘s idea of “variantology”.

In the three years that separate one publication from another, perhaps the biggest transformation that cinema has gone through was the conversion of projection into a digital standard. Nevertheless, the much-feared “death of film” hasn’t so far had any drastic effect in the cinematographic language, I suspect because movie theatre architecture and dynamics of consumption haven’t changed much.

VJing, on the other hand, went through very exciting developments. Under categories such as “audiovisual performance” and “live cinema”, some practitioners have been invested in building up scenes focused on more diligent experimentation and, so as to say, “artistically sophisticated” productions. There has also been a massive dissemination of VJing techniques outside of dance floors, for the creation of interactive visual settings into a wide range of mediatized events. Examples include theatre plays, fashion shows, and monumental public spectacles. 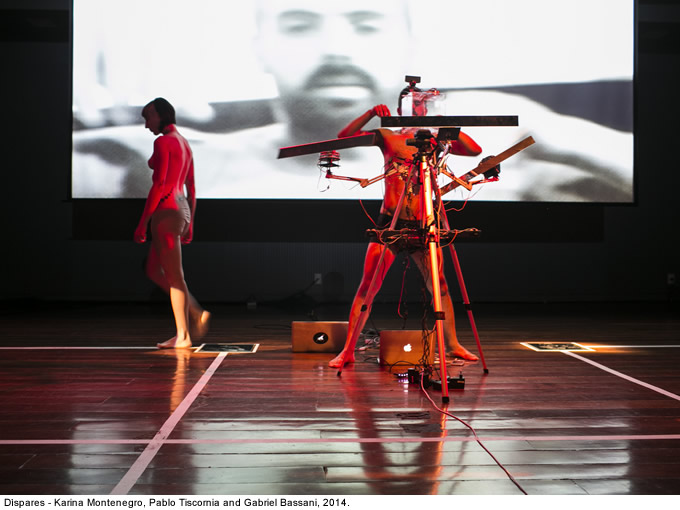 Ana Carvalho: Often, books on cinema and VJing (and on other live audiovisual practices as well) are mostly in English, but also in French and German. Do you have plans to publish the book in English?

Gabriel Menotti: Updated versions of some chapters have already been translated to English and published in international academic journals (check for instance “Multi-projection films, almost-cinemas and VJ remixes: spatial arrangements of moving image presence”, in Leonardo Electronic Almanac 19(3)). As these texts cover the bulk of ideas in “Através da Sala Escura”, I don’t believe a full translation of the original book is urgent, but it would be something nice to do eventually.

Ana Carvalho: Was the intention of the book to be directed to the Brazilian artistic scene? What features (artists, events, etc) define Brazilian new approaches to moving image, being these VJing or others?

Gabriel Menotti: Not really. Although by the time the research was being done (in the mid-2000s) there existed no books about VJing in Brazil, my main attempt was to establish a dialogue between digital media and the fields of cinema studies and contemporary art.

In that sense, one of the most exciting aspects of the research was to reach towards “traditional” works, such as Andy Warhol’s dual-screen feature Chelsea Girls (1966), and Hélio Oiticica and Neville D’Almeida’s Cosmococas, a series of proto-cine-installations from the 1970s, in order to see them under a new light, underscoring the performative aspects of moving image projection and its relation to spatial arrangements. 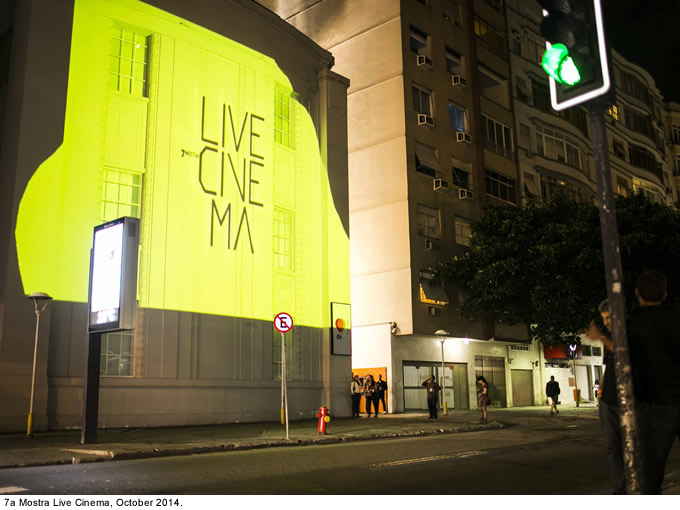 For some years now, Rio de Janeiro and São Paulo have had very strong platforms for the presentation of audiovisual performance work, such as Itau Cultural’s ON/OFF, the annual Mostra de Live Cinema, and the even more frequent AVAV. These events are certainly worth checking out, particularly for their diversity.