Morton asks: Where are we? Marfa, Texas, the USA, Earth…? When are we? This week? This year? Our lifetime? The time of capitalism? The time of humans on Earth? And, what’s more, who are we? Humans? What on Earth is humankind? Can we say we in a way that isn’t misogynistic or racist—or speciesist? How do we speak our agency in the biosphere? 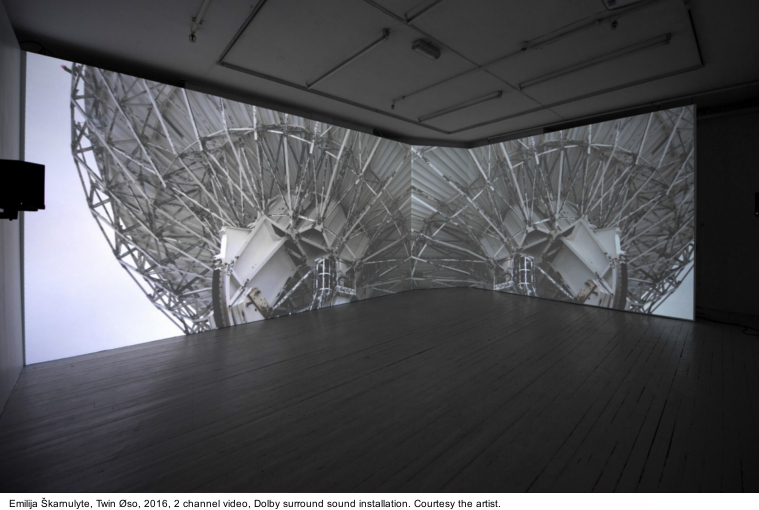 In his 2013 book, “Hyperobjects: Philosophy and Ecology After the End of the World”, Morton defines hyperobjects as entities that are bewilderingly huge—global warming, plastic in the ocean, nuclear waste—and seemingly incomprehensible. Morton argues that hyperobjects create an ecological awareness far beyond normal human comprehension.

To understand a hyperobject, we must transform the way we see and experience the universe. In line with this idea, the exhibition seeks to create encounters with artworks and non-art objects that de-center and expand the scale of human perception. Via aesthetics, direct sensory experience, speculative explorations, and dramatic fluctuations in scale, the artists in Hyperobjects reflect various facets of this monumental theory.

To this end, Tara Donovan realizes a site-specific iteration of Untitled (Plastic Cups), where she applies sculptural process to the fundamental properties of an object, in this case a plastic cup, at a scale that transforms the cup into something else entirely. 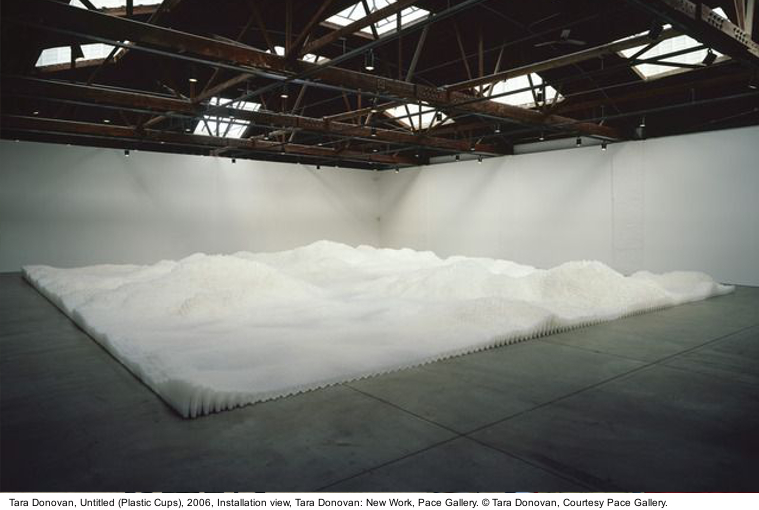 Emilija Škarnulyte’s immersive video installation depicts neutrino detectors and nuclear submarines from the perspective of an anthropologist from the distant future. Megan May Daalder’s Mirrorbox is a wearable double helmet invented by the artist to reflect and combine the facial features of participants, breaking down perceived boundaries between self and other.

The artist collective Postcommodity considers the US/Mexico border with a sound installation that dramatizes the government’s co-opting of myth, language, and voice to entrap migrants moving across the landscape. Dedicated to understanding human interactions with the land’s surface in the USA, the Center for Land Use Interpretation (CLUI) researches and maps phenomena across the West Texas landscape.

Copelin and Morton have also included objects sourced from the botanical, geological and anthropological records local to Marfa and the Trans-Pecos region, loaned by academic partners at Sul Ross State University: the Center for Big Bend Studies, Rio Grande Research Center, and the A. Michael Powell Herbarium. 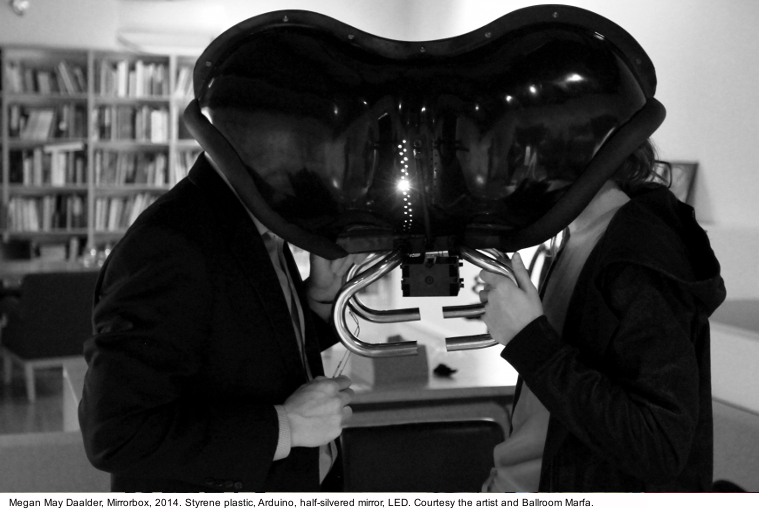 Distributed among these specimens and artifacts are artworks and objects from David Brooks, Rafa Esparza, Raviv Ganchrow, Paul Johnson, Candice Lin, the Long Now Foundation, Iván Navarro, and Oscar Santillán. Ballroom Marfa is collaborating with local, regional, and national research organizations on a slate of supplementary programs that respond to the exhibition and connect participants to the singular ecology of the Trans-Pecos.

Project partners include the Borderlands Research Institute, Rice University’s Center for Energy & Environmental Research in the Human Sciences and The Nature Conservancy. A catalogue, produced in conjunction with the exhibition, will include contributions from Olafur Eliasson, Kathelin Gray, Morton, Ben Rivers, Kim Stanley Robinson, Mark von Schlegell, the artists in the exhibition, and more to be announced.