Ars Electronica 2010. Art And Technology For A Better Future 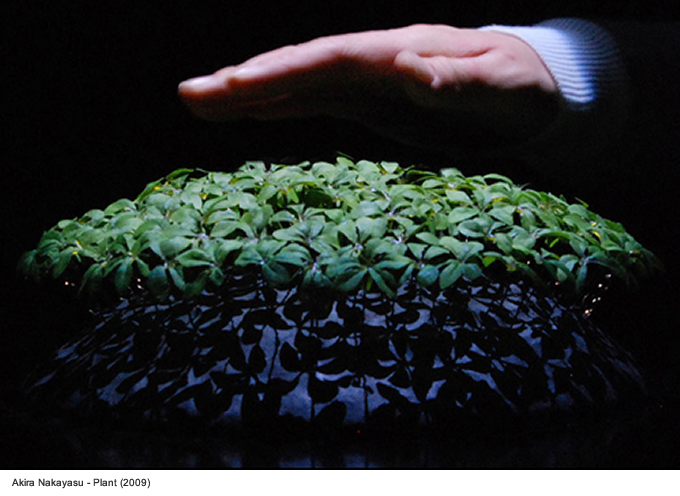 Talking about an event like Ars Electronica is far from easy, first of all due do its sheer size, Size about the multiplicity of possible activities (attending exhibitions, conferences, laboratories, performances, projections; resting and exchanging views at the meeting points; participating to a variety of parallel activities,), the creative sites whose boundaries fade one into another (video, cinema, dance, music, ininstallations, handcrafting, animation, sustainability, architecture, games, science, medicine, biology… and the wide extension of spaces across which the festival is articulated.

It is nonetheless true that out of the generous amount of works and meetings not everything is truly worth of mention. But everything in the festival is contributing to the special ambiance of those days and place. Yes because Ars Electronica , especially in a place the Tabakfabrik , the outstanding location of this year. For a few days it becomes a world, a lifestyle for all fans full-time immersed into it. Spaces and attendants are all together contributing to the great energy and richness capable of reaching a variety of people.

Ars Electronica is an event different from anything else. First of all for the prestige acquired during its long history (last years they celebrated the 30thanniversary) for the intense activity of the Center behind it and it is now the annual meeting point for artists, experts, and fans from all over the world. And also because it is a festival where everything is well cared and realized: it is enough recalling that every installation is attended by a person (most often the artist himself) who is there not only to avoid damages but also for providing explanations. But there is also another reason. 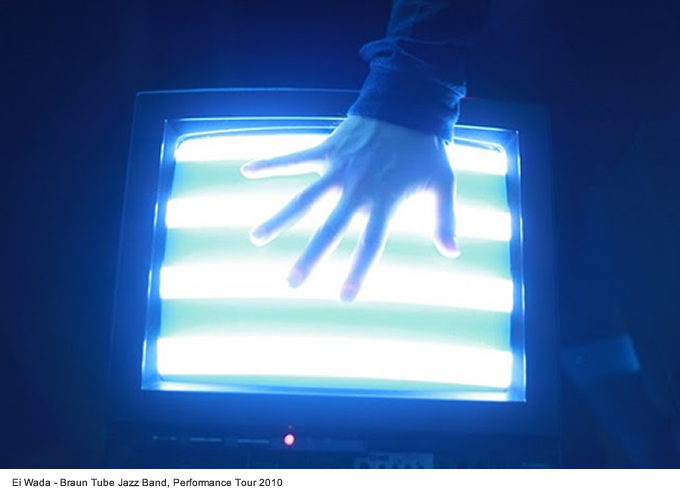 An issue frequently raised in the cultural research circles is how to educate people appreciating the new forms of art. A long debated issue somehow solved at Linz. Linz people actually goes to Ars Electronica: families with children, teenagers and even old people looking at installations and performances and attending conferences.

Maybe is due to their living in a town whose culture is linked to the Ars Electronica Center, so defining its identity, anyhow the result of this year, taking into account the numerous visitors from abroad, reached the number of 90,200. According to Festival organisers, what inspired curiosity from inhabitants was also the possibility of visiting the inside of a factory, they previously saw only from outside. It could be, bit the fact is that when looking at the works they did not behave as occasional onlookers.

The Linz cigarette factory, dismissed a year ago, has now become a symbol of the profound economic changes characterizing our age and going side by side with planetary emergencies. Appeals that this year were a Festival central issue: Repair. They don’t talk anymore of recycling but rather of repairing and using things up to their total exhaustion going countercurrent to the “race to arms” ongoing since a few years in the information technology and telephone markets.

And a sizeable part of Ars Electronica 2010 was denouncing exactly this and invited people to visit non biodegradable waste repositories, already out of use or close to (plastic bags, ampoules, engines, cathodic tube TV, in the Requiem for dying species exhibition). To get information about the long trips of wastes (visualised in Trash Track by the Italian architect Carlo Ratti) or their huge number (In.fondo.al.mar from David Boardman and Paolo Gerbaudo, or portraits Running the numbers of Chris Jordan) To observe and try alternative methods of transportation (electrical vehicles in the courtyard or bizarre projects of Proben exhibition). To find inspiration about how to restore and reuse objects and materials of any kind (stands of Platform21). Even to create musical bands like the Japanese Ei Wada which in its performance Braun Tube Jazz Band generates sounds from old TV screens simply by stroking them. 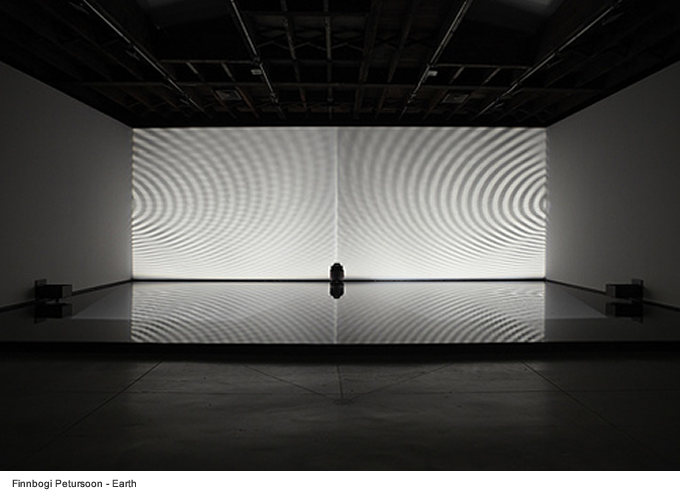 Repairing the environment: yes but not only. Repairing also our society as proposed byDas Mobile Ö1 Atelier with light and cheap houses well suited for emargencies like Haiti; Ralf Schmerberg with his movie Problema, a reflection on people’s perception of the big problems of our world; Mongsen Jacobsen, with his installation Power of mind 4 – Dissociative defense, which gives to a galvanic battery made from potatoes the task of cambating censorship.

And also to repair human body. Besides dedicating to shiatsu, craniosacral therapy, yoga, kinesiology and so on, an entire floor of Tabakfabrik, last Prix Ars Electronica assigned Golden Nica for the section Interactive Art to the project Eye Writer, of Zach Lieberman, Chris Sugrue and Theo Watson with participation of Graffiti Research Lab. A team of excellence who decided to create this system when graffiti artist became paralysed due to lateral amyotrophic sclerosis. An instrument allowing to continue designing would have been too costly, so Lieberman, Watson, Sugrue and GRLs started working around one of thewir own capitalising on the only mobile part left to the unlucky boy; his pupil.

Also Revital Cohen thought about disabile people with his Phantom Recorder, proposing a way for recording the perception phenomenom of phantom limb and projecting it on a possible prothesis.

But body can also be used as an interface as demonstrated by Soniua Cillari in her performance. An Italian artist based in Amsterdam, Sonia presented at Ars Electronica her As an artist I have to rest an exhausting performance of 90 minutes in which the artist laid on the ground and breathing through a tube generates a digital creature called Feather. 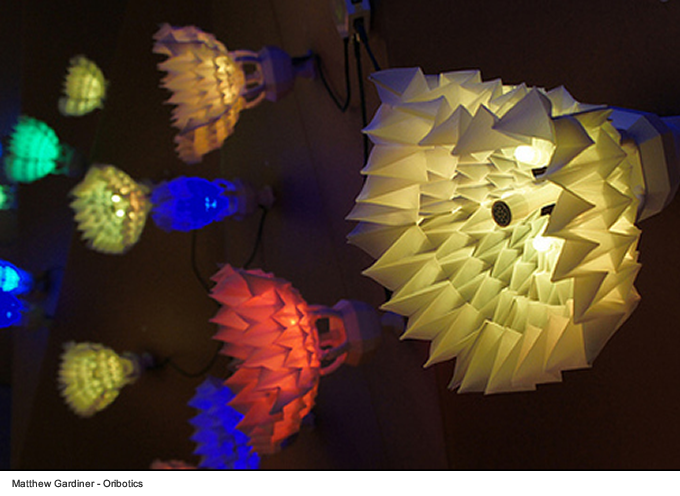 But body can also be enriched, for instance through Lighting Choreographer, the special suit of LEDs designed by Minoru Fujimoto, improving dancers expression through an interactive system. And modifiable as shown by Stelarc with the now famous Ear on Arm his last foly and Gold Nica from the section Hybrid Art. From this excentric performer we truly don’t know what to expect further. Now that he got an ear implanted onto his arm (and images from the surgical interavention became a photographic exhibition, signed Nina Sellars), with the goal of converting it into a receiver and transmitter.

Up to now the artist underwent two surgical interventions and suffered various complications. Other interventions nave been planned but between one and the next recovery periods are needed so that the overall time of this unusual project is prolonged. Stelarc was due attending Ars Electronica but due to a minor accident the public had to be satisfied with his avatar of Second Life. The ones wanting more details and not being too impressionable can go to the website of the artist.

Our attempts to replicate human body have become no longer impossible in the last few years. Two interesting panels were dedicated to robotics at Ars Electronica 2010 with the outstanding presence of ASIMO the hypersophisticated humanoid developed by Honda (visible in action at Deep Space of the Ars Electronica Center, in a presentation a bit too much Las Vegas style)

Starring guest and expert on how to move inside the Autrian festival was Professor Hiroshi Ishigur (visible at the beginning of Surrogates movie by Jonathan Mostow, with his clone Geminoid HI-1, installed last year at the Festival bar) His goal is that of creating more human interfaces for communicating with relatives, without the unpersonal aspect and touch of phones and computers. So, he presented this year his Telenoid whose stylish appearance aimed at identifying it to whom one chooses, seemed to scare children. A reduced version of Telenoid, to be called Elfoid, will be such to be handheld as a cell phone and fully portable.

But robotics are not always aimed at mimicking human body, as demonstrated by the delicious Oribotics of Matthew Gardiner. This Australian artist currently at Futurelab of Ars Electronica Center has been working for years on this project, creating mechanical, interactive origamis with materials always better suited with an increasingly precise and ergonomic functioning. And also the ever-present Golan Levin described some of his past robot creatures (like the witty Double Taker (Snout) based on studying human reaction and body expression.

And all of this was in fact simply a part of the wide Festival offer. Here we have no room for describing it in full. If the first reaction approaching the Tabakfabrik was some frustration due to the difficulty in finding works through the labyrinthic factory spaces, soon after people were finding a more serendipitous rhythm while exploring rooms, opening doors, climbing stairs, ending their days by ticking on the program (86 pages) all they could see in their day.

Three days was the time I needed to look around a bit everywhere. This is not to say that Festval ended there. Each day there was plenty of conferences, with the only defect of occurring in parallel in different spaces so obliging one to difficult choices (like for Prix Forum Digital Music & Sound Art overlapping with the second part of Media Facades Symposium, … a real pity)

It was then worth coming back to spaces already visited just to see what was going on, observing public, finding by chance some unique unannounced event (like when they turned on only once during Festival all the engines Dies irae – Remembering EB 180, as omage to the project of 1989 108 EB – Chamber Music for Four Motors and Service Personnel di Hubert Lepka e Lawine Torren), pausing for checking your e-mail ( free wi-fi all across the factory, obviously) close to the preferred installations (often in the large room dedicated to Cycloïd-E, of Swiss brothers Cod.Art: a marvellous horizontal swinging pendulum with arms producing an hypnotic sound)

As well as to revive the area under another point of view. Or under another point of hearing, as allowed by the Christina Kubisch‘s Electrical Walks, the historic project of the German sound artist that provides, to participants of his “walks”, some special headphones that can make audible the electromagnetic disturbances in which we are unconsciously absorbed. 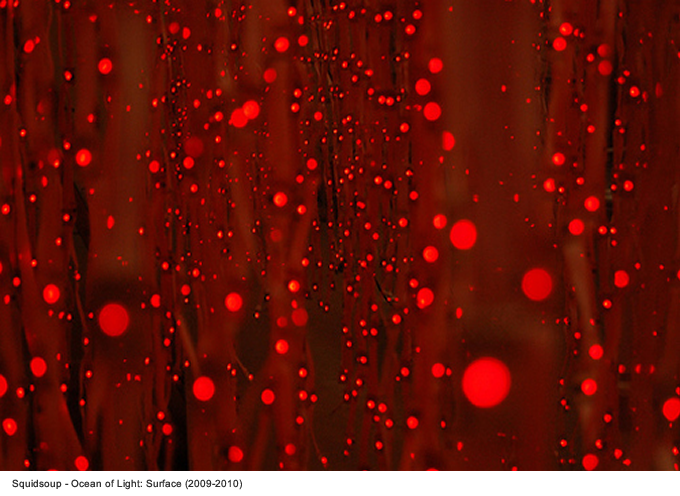 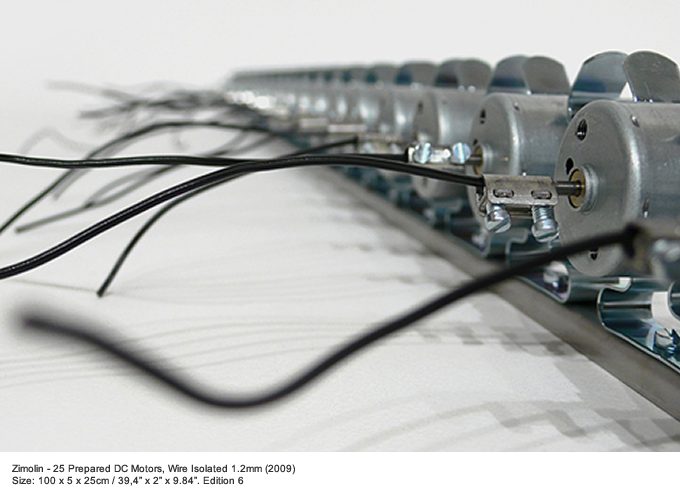