An Age of Our Own Making

An Age of Our Own Making is an exhibition curated by Bonaventure Soh Bejeng Ndikung and Solvej Helweg Ovesen in three Danish cities. The project is part of Images 16, a contemporary visual arts programme that explores the relationship between artists and society, featuring art from Africa, Asia and the Middle East.

Our age has maneuvered itself into stormy waters. It is time to pause and reflect on the human position in the world and deliberate on our relations to other things and beings. Together with 27 artists, critics and people from all walks of life, An Age of Our Own Making ruminates on our actions and their consequences, and how these have crafted our age for better or for worse. Our age is characterized by global economical, political, racial, ecological and power-related crises that translate and manifest in the current state of refugeeness. In this regard, ideas and artistic acts of decoloniality and demodernity that challenge the rationale of consumption, production, urbanisation, and sovereignty can be viewed as the artistic agency behind this project.

An Age of Our Own Making unfolds in three separate exhibition parts, Reflections I–III, inviting viewers to reflect on how we want to co-exist in this world—beyond tendencies of overprotection. 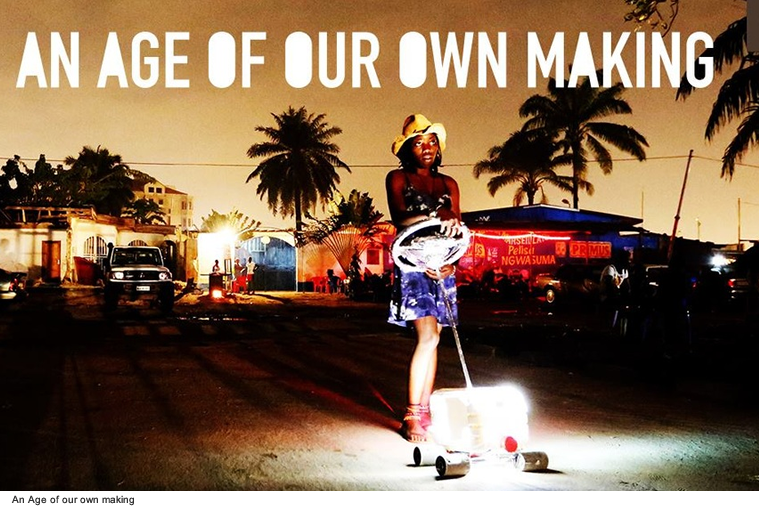 The first reflection, The Life of Materials. On Another Nature and Ecology, interrogates the western notion of ecology, as well as the capitalocene. Through 11 public commissions and installations in the city of Holbæk, this exhibition reflects on the effects of consumer actions, ecological colonialism, as well as the life and cycles of materials.

Reflection I a Holbæk: The Life of Materials. On Another Nature and Ecology. 14 Maggio – 15 Agosto 2016 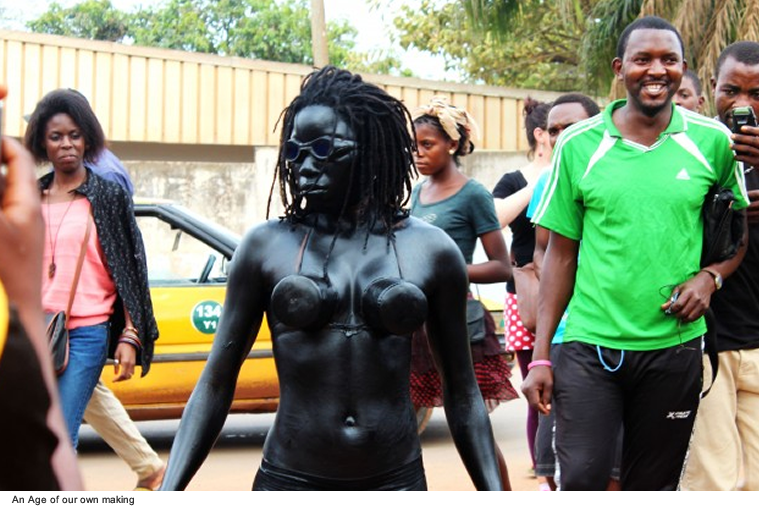 The second reflection, The Route that Tempts the Traveler to Test Gravity—Notes on the Paradigm of Immunization, relates to current limitations of human movement and freedom, as well as tendencies of isolation and over-protection, and the physical and mental imprints these leave on humanity today. This reflection is a performance programme that will take place at both the Museum of Contemporary Art in Roskilde and at the Roskilde Festival portraying the body as a site of politics, of immunity and safeguarding, enacted or perceived differences.

Reflection II in Roskilde: The Route that Tempts the Traveler to Test Gravity. Notes on the Paradigm of Immunization.

Finally, the third reflection An Age of Our Own Making—On Agency and Enacting Citizenship, will look at possibilities of creating, claiming or using space as forms of enacting citizenship. Be it real or virtual, the manifestations that make space political or give a lost, deserved or forgotten meaning back to a specific space will play a central role. Presented as a group exhibition at Kunsthal Charlottenborg in Copenhagen this reflection will thus be an effort to share how artists use, act and manifest issues of space politics in their practice. 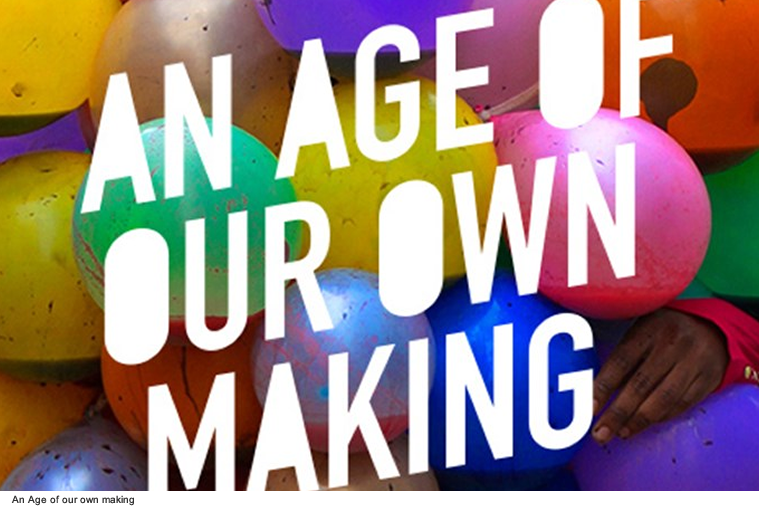 Reflection III in Copenhagen: An Age of Our Own Making—On Agency and Enacting Citizenship.