Throughout the Gallery, large LED screens present images which began in the mind of a human. The brain activity is captured as a person imagines a specific situation that the subject has been prompted to think of. One by one, each thought is reconstructed by a deep neural network and the images created are exhibited in the Gallery, where they will be in a constant process of reconstruction, endlessly modified by external factors – light, temperature and humidity levels, the presence of insects, and the gaze of visitors.

The Serpentine Gallery building is subtly altered, affecting the conditions of the exhibition’s environment. Sanding the walls, dust from the paint of previous exhibitions lies on the floor. The central Gallery, transformed into an incubator, is birthing thousands of flies that migrate towards the centre of the dome. 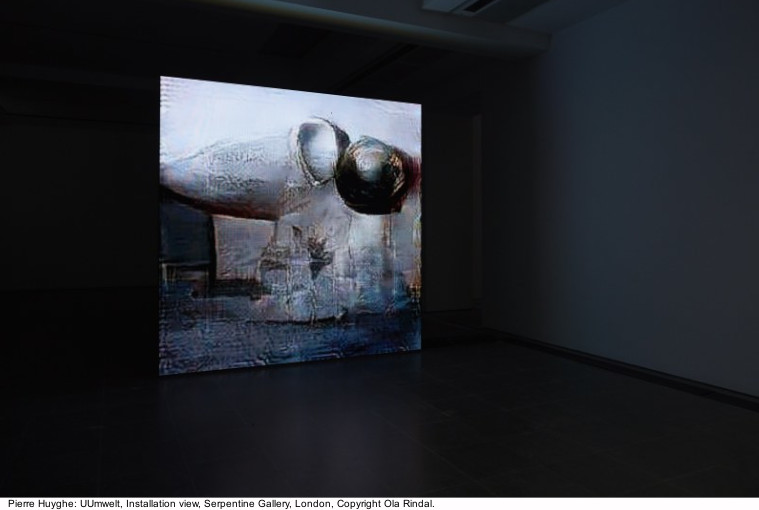 Born in Paris in 1962 and based in New York, Pierre Huyghe works on situations that are often based on speculative models. The environments he creates are complex systems in which interdependent agents, biotic and abiotic, real and symbolic, are self-organising, co-evolving in a dynamic and unstable mesh. Crucially, the different modes of existence and intelligence involved are often imperceptible to the visitors who encounter them.

This new exhibition for the Serpentine follows Huyghe’s recent acclaimed projects, including After ALife Ahead for Skulptur Projekte Münster, 2017; Untilled at dOCUMENTA(13), 2012; and The Host and the Cloud in 2010. Technology has been a growing focus of the Serpentine programme in recent seasons across exhibitions, digital commissions and live programmes.

Artificial intelligence was a core theme of the Guest, Ghost, Host Machine: Marathon in 2017, while spring 2018 saw exhibitions by artists Sondra Perry, exploring blackness as a technology, and Ian Cheng, who birthed a new AI artwork called BOB that evolved in real time during its Serpentine stay. 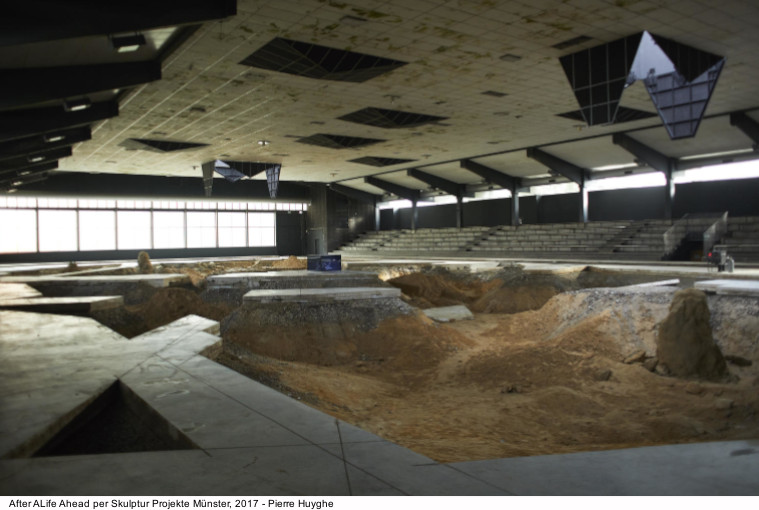 As Pierre Huyghe, in conversation with Hans Ulrich Obrist in 2018, said: “When what is made is not necessarily due to the artist as the only operator, the only one generating intentions and that instead it’s an ensemble of intelligences, of entities biotic or abiotic, beyond human reach, and that the present situation has no duration, is not addressed to anyone, is indifferent, at that moment perhaps the ritual of the exhibition can self-present.”