It’s All Thanks To Capitalism. A Re-reading Of Partecipation Practices 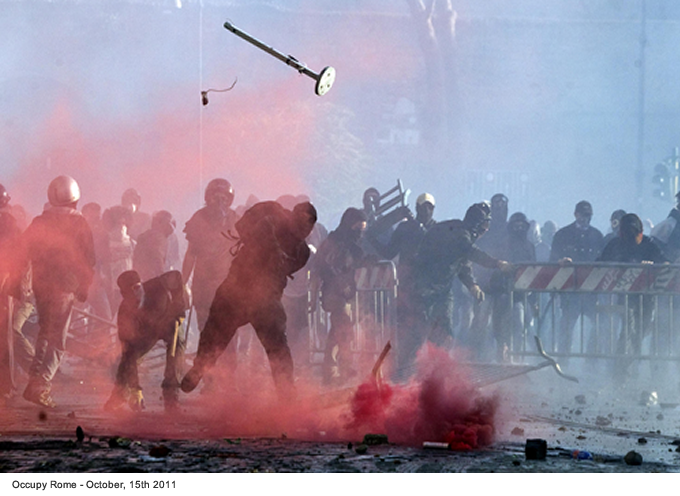 In times of economic, political and cultural crisis, with a succession of natural and man-made disasters, and real or evoked doomsday scenarios, how have we reacted? Did We take a clear position? Did We participate to violent riots or peaceful movements occupying our streets? And how did our cultural system behave?

Starting from the analysis of the events occurred in Europe on 15th October 2011, we can say that we have witnessed the birth of two models of appropriation of public space. On the one hand, the “Greek model” with real and sometimes very violent urban guerrillas involving demonstrators and police, on the other hand the other the “Spanish model”, whose precursor is the Arab spring, characterized by the peaceful occupation of public space that becomes the site of meetings, without the establishment of any leader or hierarchy.

In Italy we have followed neither of these examples, as the demonstration began peacefully and then turned into riot, although some groups tried to keep non-violent organization and pockets of meeting and debate. In Rome they tried to follow a model dating back to the ’70s, which consisted mostly of a crowd of people almost militarily organized (with public order) led by a figure and a well-established political idea. This has been put into practice, but in an anachronistic way.

The events of 15th October have suffered the lack of a strong common goal and the failure to overcome its patterns, because in Italy there is no strong example to refer to. Every day people are faced with various crises, both economic, social and cultural, the result was a disorientation that also affected the protests. 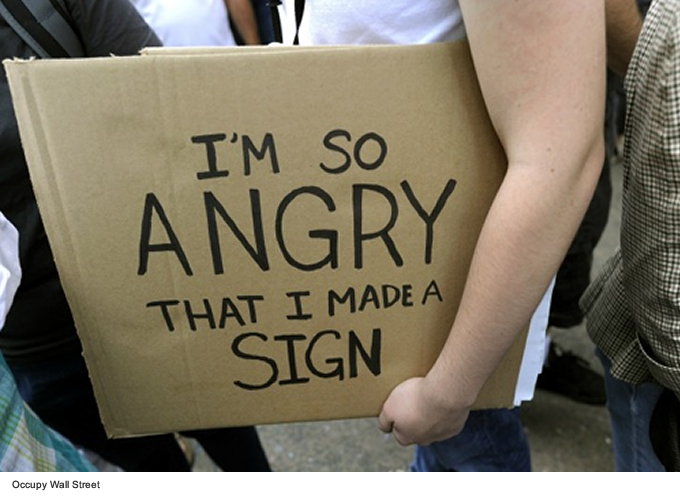 The U.S. phenomenon Occupy Wall Street, inspired by the anthropologist and anarchic David Graeberand, then spread globally, has led to a reinterpretation of participation in public spaces. The square, in New York’s case Zuccotti Park, has become a new home for meeting and self-organization. Those involved went through a sort of training around current events, by organizing workshops and debates and inviting personalities that are symbols of our time, such as Naomi Klein, Judith Butler, Roberto Saviano. Here for the first time we have seen the “human microphone”, originated from the need to communicate the speeches to the crowd that invaded Zuccotti Park, evading the ban to use megaphones.

Speaking of the reaction of the cultural system in Italy, some movements emerged that have given rise to more or less effective protests or occupations. Among these, the best organized and long-lasting one are the actors, dancers, technicians, operators who have occupied the Teatro Valle (Rome), the curators, artists, critics and art dealers who founded the Occupiamoci di Contemporaneo (Rome) and Lavoratori dell’Arte (Milan). A point in common is that all these movements aim to the recognition by the institutions; that the creation of culture is a fundamental value of a civilized community.

Thus, in time of crisis, there is a need to escape one’s own confortable zone and to make one’s voice heard, through working, as the reactions can sometimes be similar. Language and words take on a powerful and evocative meaning. Boris Groys, talking about the reaction of the artists, says that “artists now use the same forms and processes all around the world, even if they use them in different cultural and political contexts. […] The artworks refer to the contexts in which they can immediately be recognized as signs and symbols, and as information that tell the viewer the special conditions that exist in the place to which they belong “(Back from the Future, in” Arteast 2000 +: The Art of Eastern Europe: A Selectionof Works for the International and National Collections of Moderngalerija Ljubljana “). 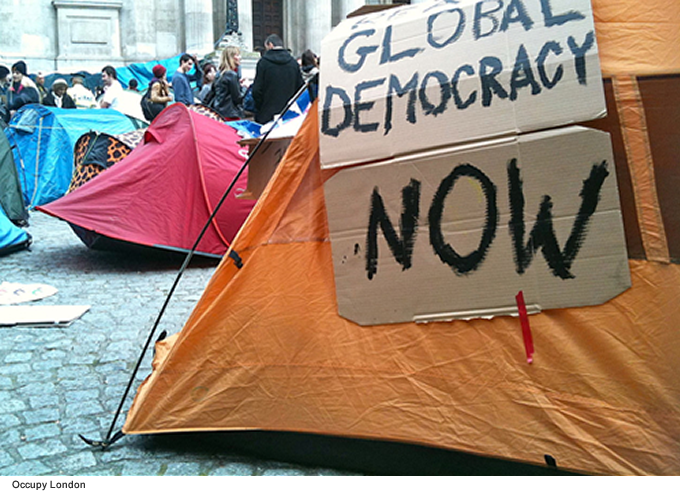 The critique to society can take place not only through protests, but also through the work of the artist. As opposed to the erroneous statement regarding the absence of an Italian political art trend, there are some artists exploring historical and political phenomena, trying to talk about the present by re-enacting the past, or taking a cue from the reality, mostly regional, in which they live, to highlight its contradictions. However, very few people use public space for “exposing” their work and to define a more general audience.

Sometimes foreign artists take inspiration from our reality, as our system of contemporary art poses itself as a particular observatory of how the modality of labor are redefining themselves also in Europe, that is, through the creation of independent projects, of forms of self-organization and initiatives from below.

Among many examples, the Dutch collective Fucking Good Art (Rob Hamelijnck and Nienke Terpsma) has been invited by the Nomas Foundation of Rome to lead an itinerant residence (Rome, Bologna, Milan, Turin, Bari, Naples) for the publication of a monograph dedicated to Italy of their magazine, launched in 2003. The intent was to give a second reading, with an external eye, addressed to a European audience, about how we can reinvent cultural work during the economic crisis that is assailing the globe. 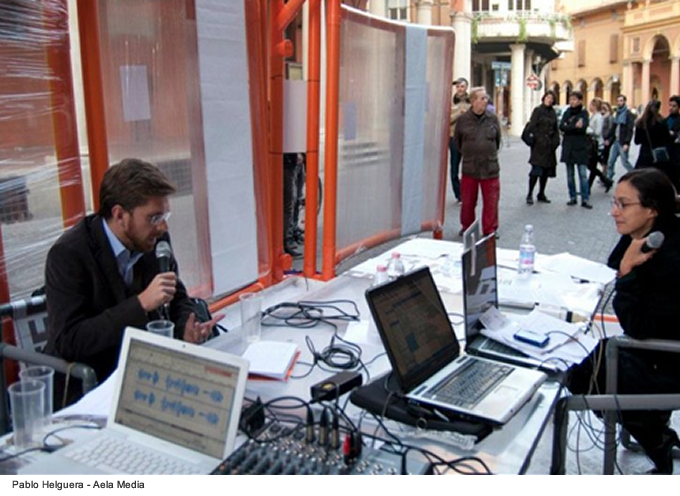 During the international prize of Participatory Art curated by Julia Draganovic and Claudia Löffelholz, the Mexican artist Pablo Helguera has developed a project for the city of Bologna called Aelia Media starting from the analysis of contemporary art spaces in the city. It consisted in a kind school of journalism addressed to cultural operators in Bologna that gave birth to a real radio with headquarters in one of the squares of its historic center. Its goal was to offer innovative versions of cultural production. Hence a multimedia channel was created, supported by social networks and the free radio stations of Bologna that broadcasted for two weeks the programs of twenty operators.