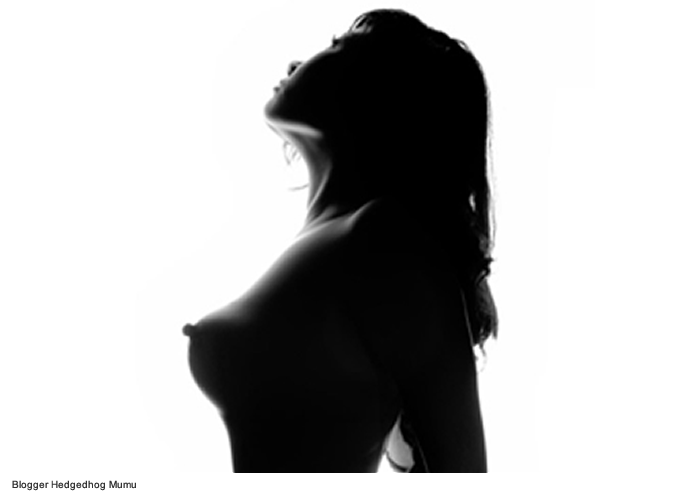 Katrien Jacobs, associate professor of cultural and religious studies at the Chinese University of Hong Kong, opens her latest volume on regional sex cultures, People’s Pornography: Sex and Surveillance on the Chinese Internet, with the striking if simple proposition that the pursuit of sexual pleasure is tied up with struggles for civil liberties.

This broad insight, which appears on the first page of the book, probably reveals more about the general situation of political life and the circulation of information in greater China at the present moment than any amount of research and argumentation might offer.

But the contributions here, from the empirical and theoretical to the creative and aesthetic, prove exciting in their consolidation of diverse internet cultures under the single rubric of sex and surveillance, offering a potential way to understand the blogs of international celebrity dissidents like Ai Weiwei and Han Han alongside the more locally celebrated but just as infamous sex blogs of others like Mu Zimei. 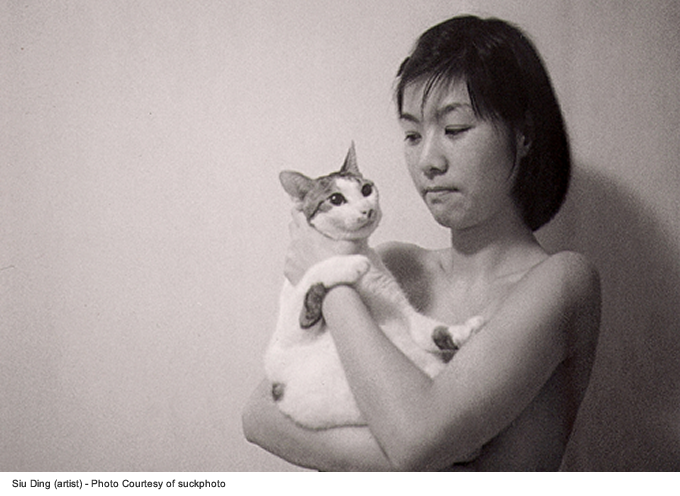 Postulating pornography as a loophole or crack in a system of otherwise tight control, Jacobs does not concern herself with the more obtuse theoretical issues of how sexuality constitutes power. Ignoring such biopolitical questions (which are, however unfortunately, beyond the scope of the research at hand in People’s Pornography) allows the author instead to place herself fully within the system of belief and understanding that frames the

The first chapter of People’s Pornography posits, unsurprisingly, the present age as an era of “people’s pornography” in which images and videos circulates primarily through amateur and peer-to-peer channels not out of any particular ethical or political stance but rather because any distribution operation existing on a commercial scale would be a prime target for government control.

Framing a struggle between censorship and the pornographic imaginary that tends to find its own way to fruition, Jacobs introduces in this same stage a set of artists, occasionally working with new media, who circulate images in comparably audacious ways—although here it is the presentation of the body rather than its circulation that intrigues the author. 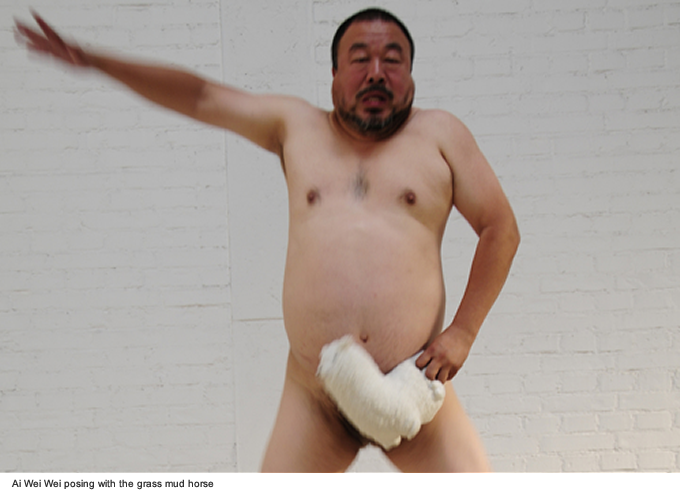 In the second chapter Katrien Jacobs presents readings of a handful of blogs that have become influential throughout greater Chinese online communities, spanning everything from humorous political critique and serious citizen reports to tell-all gossip blogs of personal sexual exploits. This is then tied to the distributed morality police of the “human flesh search,” a mechanism by which netizens track down newly minted internet celebrities and punish them for vanity, inhumanity, profanity, corruption, or any one of an array of vices: not unlike the occasional acts of Anonymous in the United States.

Katrien Jacobs continues her argument in the third chapter by drawing in more significant statistical analysis, interviewing students in Hong Kong and mainland China about differing attitudes towards netporn during the process of maturation into adulthood. Drawing the distinction in terms of gender attributes that appear rather normative at times, at least for such an outwardly sex-positive project, the data is presented partially in extensive tables. The key finding here is that pornography is often seen as an act of social rebellion or a tool on the side of knowledge, thus continuing to understand the pornographic as political and keeping the pursuit of pleasure implicated in social struggle of some kind.

Chapter four beats a retreat back into the personal and to the relatively removed territory of Hong Kong, as Jacobs relates an ethnographic study for which she spent time exploring profiles and personas on a website known as AdultFriendFinder.

This portion of the research sits rather uneasily amongst the highly politicized body of the remainder of the book, first and foremost in that it relies on gathered opinions more than evident actions but also because, by discussing the online manifestations of racial and gender stereotypes, it repeats the (indubitably important) arguments made by other scholars, Danah Boyd and Lisa Nakamura are cited, while Wendy Hui Kyong Chun also seems present, without delving too deeply into what divergent lessons are offered by the Chinese context.

The fifth and final chapter wraps up the book by pointing to queerness, a welcome move, and the associated culture of Cosplay (http://en.wikipedia.org/wiki/Cosplay) as it migrates from Japan to China in a fascinating play of nationalist and consumerist identity. 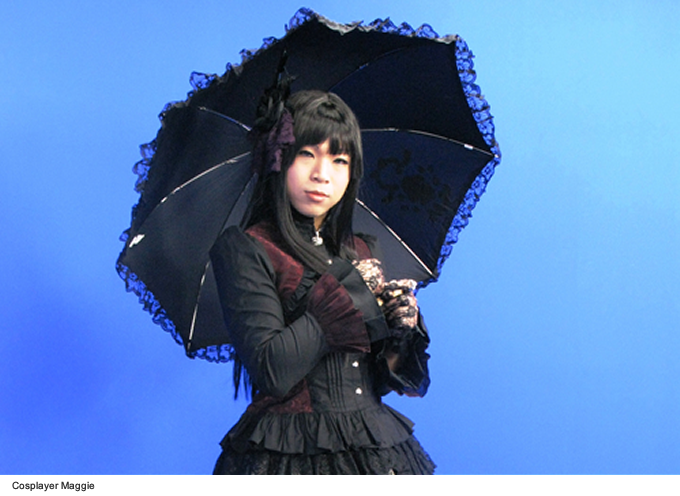 If one thing is lacking from Katrien Jacobs’ current project it is the status of the erotic object itself: focusing on responses, reactions, understandings, and descriptions, the reader is left wondering what kind of power or agency sits within the actual pornography at stake within these systems. This, perhaps, could be the subject of another critical project entirely, but attention to the rhetoric, aesthetic, visual cultures of netporn emerges as the absent but dominating player at the nexus of eroticism, activism, and internet-ism and it is perhaps the only thing that could bring these three worlds together without resulting in a dangerous collapse of various categories of the Oriental or exotic.

Indeed, Jacobs seems to turn just a bit too quickly towards what she calls “Confucian confusion,” which may be something of a convenient label gesturing at largely unexplored but deep-seated cultural phenomena far removed from either the phrase itself or the associated ideological formations. In the same way, several portions of the text tend to conflate aspects of greater Chinese culture across Hong Kong, Taiwan, the mainland, and the diaspora in a frustrating way, stopping well short of cultural essentialism but still leaving something to be desired in a more delicate understanding of these differences.

Perhaps the single most fascinating insight Jacobs brings forth in her broad exploration of the relationship between sexual pleasure and social action on the internet is the sheer physicality of digital life. Touching upon real-life meetings of online sex partners and the networked sharing of very bodily encounters, People’s Pornography offers a series of helpful tools to conceptualize this axis of touching and looking. 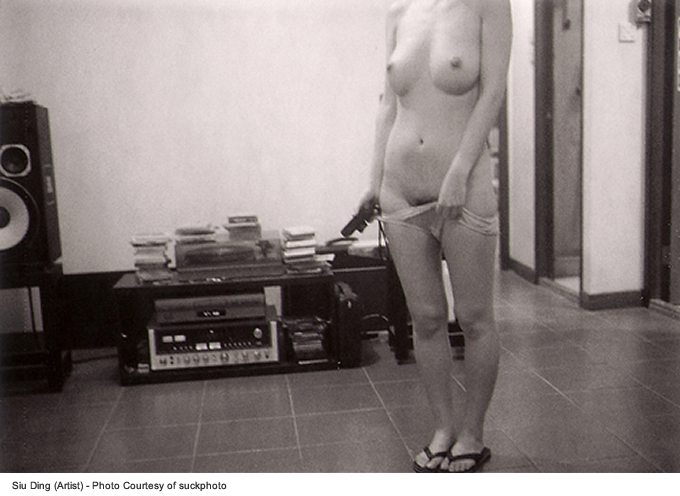 Ultimately it is the online slang phrase pao, which literally means to brew tea or stew flavor into a fluid but can also be used to describe bathing, that makes it all real: netizens may stew themselves in the internet by feeding their addiction in public internet cafes, but more generally we are all swimming in the crockpot of sex, lust, and cables.