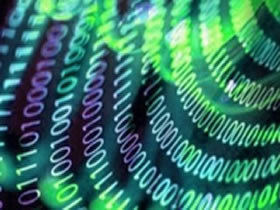 Copyzero is an exclusive complete system promoted by the Movimento Costozero . As we have already talked about last month in the first part of this article, with digital signature and temporal mark  i.e. with Copyzero and Copyzero Online  the cost of royalties and licences is reduced to nothing. With the first and unique modular licences Copyzero X  which are effective in the foreign Countries too even if they were appositively conceived for the Italian legal system  artists give up some specific exclusive rights on their digital works of art. This article is aimed at understanding how these new licences work and what the difference between them and Creative Commons is.

The all-rights reserved copyright has now become an antisocial offensive and a protectionist instrument in a commercial view. As Riccardo Bagnato says “copyright warrants that nobody does to Walt Disney what Walt Disney did to Collodi.” The term Copyright means the author only has the right to reproduce, copy, distribute and modify his work of art. If the author wants to allow someone else’s usage of his work of art he has to declare it through a licence. Copyleft is on the contrary of copyright “a general method to realize a free software program” (Richard M. Stallman) and “a philosophy that turns up into a variety of free commercial licences” (Wu Ming 1). So copyleft extents these rights to everyone because it is aimed at promoting the spread of knowledge. Everyone can reproduce, copy, distribute and modify a work of art if he guarantees the same rights to the other people by using a licence having the same terms and the same conditions of the original work of art licence.

There are a lot of licences releasing a work of art: from free software licences (GNU GPL is one of the most famous licence of this kind) and software certification to open content licences like Creative Commons dealing with other works of art whose content can’t be performed. This is important to underline that Creative Commons Share Alike is the only one which is surely a copyleft licence.

Copyzero X has been available since last year. It’s a Multiple Choice Licence, i.e. a system of multi-optional licences that allows the choice among a large number of possibilities. These licences fit both the software (Copyzero X SW licence) and other works of art even the works of art that won’t be diffused by internet (Copyzero licence Paper Version). Apart from the predefined version COPYZERO X 1.0 , which is open content persistent (i.e. the equivalent of a free copyleft licence) you can generate the licence you need following this link www.costozero.org/licenze/selezione_licenza.php and selecting specific clauses. If you choose the one relating affiliated rights and SIAE your work of art can freely move without legal troubles: “This way the open content and the culture free transmission are actually supported.”

What are the main differences between Creative Commons and Copyzero Xs? Says Nicola A. Grossi : “We are talking about two different formulations. There are six Creative Commons Public Licences (CCPL) and they work in bunches, while there are above 200.000 (real number) Copyzero X (LCX) Licences and they work with great quantities. Great quantities system allows the licenser to freely select the exclusive rights he wants to give up and so it’s possible to satisfy a higher number of demands. With the “In bunches” system (rights can’t be selected one by one, you have to select a group of them) only few solutions are available. Let’s make an example: Someone wants to release his book with an open content licence but he doesn’t want to allow the translation of his book in other languages. There are no CCPL that can satisfy his demand. On the other hand LCX generator allows to select/deselect single rights  in this case: translation rights.

“We” says Grossi “have developed a licences generator which is cut out for the Italian legal system. Every Country should start from its legal system and then interact with other Countries on international channels. But Creative Commons copied and pasted in CCPLs entire parts of the US Civil Code. Then with the iCommons project (that allows to modify the licence text if it’s strictly necessary) licences have been translated in various languages (almost no altering). The result is that parts of the US Civil Code weren’t altered at all. This is not a problem concerning licences functioning but in our point of view it represents a limit to their potentiality. As a matter of fact the Copyright Act includes in Derivate Work definition a series of economic use rights: here is a “bunch”. So When a CCPL allows (or doesn’t allow) the creation of derivate works, it also allows (or doesn’t allow) the licenser to exert a series of rights (instead of one right). With LCXs we wanted to get over the limit represented by derivate work concept: we got over it by referring to an Italian copyright law that makes a list and describes economic use rights taken one by one.”

According to Nicola Grassi this is a risk: “If you download a mp3 of a song CCPL licensed, which was created by the licenser but produced by another person and performed by a third person you have a tort liability according to the Italian law because connected rights are not included in the licence. Thanks to EUDC, in Italy connected rights have become more powerful since April 2003 (for works communication and reproducing too). So an open content licence aimed at promoting the free culture exchange mainly in internet (obviously through the free files exchange) has to be concerned with connected rights too.”

The following CC statement is not clear: The licenser reserves the exclusive right of drawing his fees personally or by means of a collective management corporation (i.e. SIAE) . Says Nicola Grassi: “The SIAE General Regulations say that if you are a SIAE subscriber you can’t use open licences. With LCXs the licenser can declare he doesn’t make a breach of contract with SIAE because he has not a contractual relationship with SIAE (this clause can quickly work out the argument between a musical group and a SIAE agent who wants to check if the music they play it’s not written by authors who’re SIAE subscribers: this is not an academic example, but it’s an evidence we had the pleasure to collect). On the contrary with CCPLs the licenser (who can’t be a SIAE subscriber) can always receive possible fees by the SIAE (because he is a SIAE subscriber). This is really unclear and it leads the reader to believe SIAE subscribers can use an open licence (in this case a CCPL).”

CCs are ambiguous even when they talk about profit. Says Nicola Grassi: “Creative Commons NoCommercial licence excludes only a purpose which is prevalently commercial. So with Creative Commons NoCommercial licence an indirect profit purpose can’t be prevented (for instance a promotional purpose). Actually CCPLs  even with their “no commercial clause” consent an indirect profit purpose; on the contrary LCXs can consent some profit activities or exclude them. If I don’t want the licenser to use my work for a profit purpose (neither direct nor indirect) I just don’t have to select “profit usage right”, “hiring right”, “someone else’s hiring right.”

Creative Commons and Copyzero X has only one thing in common: They can’t protect a work of art by themselves. This is true also for other free or open content licences. Licences are only useful to limit restrictions to the usage of a work of art and to eliminate some protections imposed by the copyright, so that diffusion and creative usage are encouraged. Copyright is the only real method to protect a work of art. Neither Creative Commons nor copyleft renounce to it. So first of all you have to obtain the work of art or software copyright then you can establish the distribution terms.