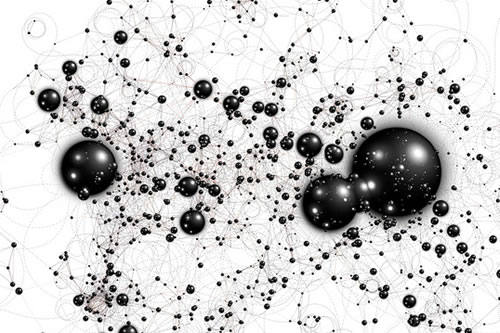 “Weareable technologies” are one of the most heralded examples of coexistence with new technologies in the everyday life. Whether they function as medical or sports aid, or they are used for mobile communication or sensory increase, they are part of the most wide spreaded scenery of planning and technological design.

The development of such applications, always straddling between creativity and evolution, fully belongs to the “meta design” examples, according to Elisa Giaccardi’ and Gerhard Fischer’s definition (in Creativity and Evolution: a metadesign perspective, Jounal of Digital Creativity, n.1, March 2008). With the term “metadesign” the authors mean a conceptual framework of design which allows – thanks to new cooperative and interdisciplinary forms of design – to create new technical infrastructures that contribute to improve social and economic conditions.

However the programmatic environment of technological development often struggles with a classic strict paradox: how is it possible to anticipate and above all understand unexpressed technological needs, particularly for the above metioned examples of “wearable technologies” in which the challenge of design concerns applications permeating our everyday life and literally our bodies?

One of the most interesting experiments in this direction was Lone Koefoed Hansen’s (of the University of Aarhus, funded by the Danish Research Council for the Humanities) and Susan Kozel‘s one for the Lab of the Simon Fraser University by the British Columbia in Canada. In one of their articles, published in the Journal of Digital Creativity (Vol.18, Issue 4, December 2007) they described the empirical experience of “wearable technologies” in a project called Placebo Sleeves. It represents itself a single step of a wider project called Whispers in which a research group made of artists, designers and software developers studies
mostly the esthetic and the cultural impact of wearable technologies on the
society.

To our aim, underlining the particular experience of the single experiment PlaceboSleeves is more interesting than analysing the research macroproject Whispers , to understand how the social, performative and phenomenological aspects of the human-technology relationship are by far more complex and changing than the technological determinists or constructivist anthropologists usually think.

The experiment “Placebo Sleeves” set off from the excellent assumption to overcome the paradox of implementation, changing the research focus. The focus moved from the study of new design implications to analysing the connections and perspectives of use of new applications. An important topic of the project states that the new patterns of future technologies are not simply produced during the design phase, but they arise from practical culture (quoting Smart mobs’ Howard Rheingold). Studying employment culture according to different methods becomes therefore central, focussing the attention on such cultures linked to theatre and performance technics, since they have a long tradition in expressing corporeity. The body is the central environment of wearable technologies development.

In order to reach this goal, the research group tried to insert the concept of “Embodied Imagination” into the context of use of wearable technologies. The term was formulated first of all by Robert Bosnak and James Hillman with some therapeutic and creative practices. The techniques of active imaginations aim at encouraging those espressive movements (painting, dance, music) that can become channels through which the unconscious can emerge to the conscious. According to this method, creativity techniques make it possible to reach the trascendent form of dreams or soothed memories which reveal feelings going beyond people’s consciousness.

The body is considered in this case according to the methaphore of theatre stage, where the unconscious reproduces various complex conditions which can increase senstations, feelings and consciousness through the techniques of active imagination. Hansen and Kozel tried to apply some of these therapeutic techniques to understand the “emotional”, individual and collective dinamics associated to the everyday imagination of the usage of wearable technologies.

If in the general project Whispers biodinamics, the authors used biodinamics, audio and uncommon sensors insert into clothes which created together with other researcher new methods of transmissin and condivision of physical sensations, the project Placebo clearly chose to use objects – i.e. sleeves – which could appear high tech but in reality were “empty” and therfore exactly for their lightness were able to raise the impression of a high degree of sophistication.

In order to avoid the early discovery of this trik, the experiences of usage of this sleeves always took place in theatre settings, in prearranged activities and interaction frames. To reach the experiment goals, two main guidelines have been respected: the first one was to extend the sensations felt in the experimental environment to the everyday life context, above all through verbalization in predefined scripts; the second one was to keep secret the limits of communication technologies hidden in the sleeves. During and after the testing of the sleeves the participants were asked to express their impressions, sensations and emotions felt during the different settings, stimulating above all the evocative and poetic force of the technological object (underlying for example non-verbal, kinaesthetic and expressive phases of the technological use) and not its functionality.

The whole gathered material described personal, direct, often funny and intimate experiences. The impressions were often linked to the experimenters’ nature, to their hopes and fears. Only a few experimenters gave technological suggestion on the functionality of the sleeves. The different performers revealed extraordinary biographic and man-like pojections through placebo technology: when wearing the sleeves some experimenters felt domestic or geographic yearning, whereas some others were afraid that the sleeves could create “new forms of addiction”, but nobody felt the absence of technology in the worn objects.

The elastic space of performances allowed therfore to catch the many connections of “active imaginations” based on technology and communication and spreaded through interpersonal relationships. These performances gave back to the usage experience and the human-technology relationship its human importance, since they based their analysis not only on logic and cognitive qualities, but also on passional, imaginative and emotional ones.

The results have brought an important contribution to the range of use of meta-design in objects belonging to the everyday life because they show that human beings – above all in common contexts – get in contact with technologies through ambiguous rules, which are apparently illogic since they are emotionally emphasized and often in contrast with the simple valuation of their functionality.