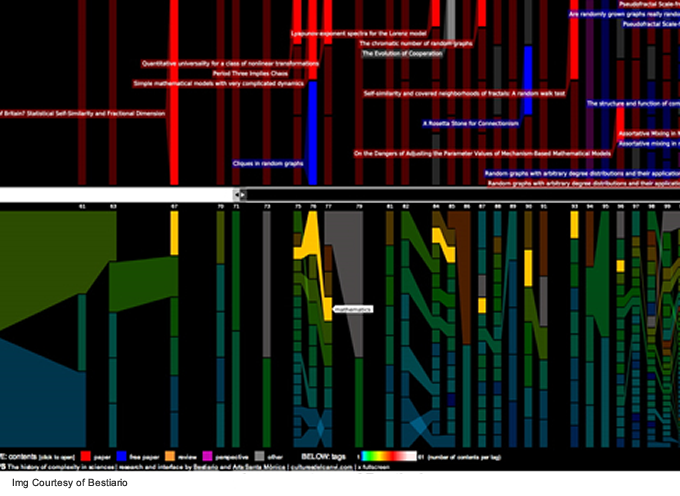 After a year of intense activity, including Espacio Enter in Tenerife in September, the European Congress at the Guggenheim in Bilbao in October, the continuation of project emc27 and the preparation of an experimental research centre also in Tenerife, and some other art projects in progress (not least the forthcoming further edition of the Nomadas project), the tireless Montse Arbelo and Joseba Franco concluded their 2009 with panache in Barcelona with the II International Art Tech Media Congress.

The themes of this event were innovation, networks and the new media in relation to culture and social development. As always, the aim of Art Tech Media is to bring together people coming from areas relating to different subjects concerned with science, art and technology, to take stock of the situation based on the present and near future developments and to stimulate research and the creation of areas of convergence.

This effort, by no means insignificant, explains and in some ways justifies the diversity of proposals and interventions, which were presented to the audience from December 18th to 21st, in part at the Auditorium of Barcelona Activa and others at the charming Baró de Quadras Palace, seat of Casa Asia. Both the places have a profound connection with the themes proposed, as underlined by their representatives during the conferences. 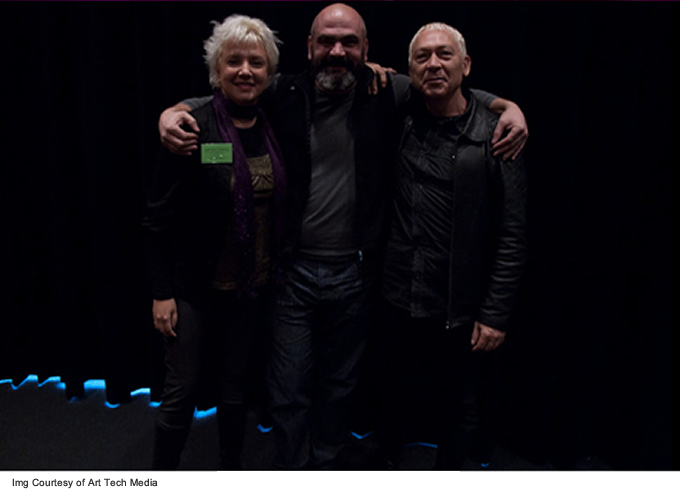 Barcelona Activa (http://www.barcelonactiva.cat/), represented by Montse Basora, the director of the CreaMedia Project during the event, is the local development agency of the City of Barcelona. Among other activities, it proposes itself as an incubator of companies offering support and training, initiatives and talents.

Casa Asia (http://www.casaasia.es/), represented by the director of culture and exhibitions Gras Menen, is instead a center particularly focused on the contemporary artistic events taking place in the Asian countries. It tries to encourage the creation of points of contact with the West. On Saturday and Sunday, Casa Asia hosted the screening of the winning projects which received awards at the Japan Media Arts Festival in Tokyo. Some of them, like the excellent A Child’s Metaphysics by Koji Yamamura, Dreams of Kudan, or Arai Chie Kimura Taku, are available online on the website of the festival.

For the first day of lectures by Art Tech Media 2009, the main subject was a reflection on the relationship not yet sufficiently defined between science and art. The two areas are closely linked. They have always been and they are so in an even more profound way in recent times. But apparently science is still a world that seems reserved to a select few. It seems something in relation to which the majority feel entitled to maintain a certain level of ignorance. For this reason it is becoming necessary to organize outreach activities which can be integrated within the educational structures.

A person who is working on this, for example, is Josep Perelló, physicist and university professor, currently in charge of the scientific department of the Santa Monica in Barcelona Arts Center, which, with the help of the renowned group Bestiario di Santiago Ortiz, is developing Cultures del canvi, the first interdisciplinary online project of the Centre which allows the visualization of scientific data and the relationships between concepts.

Pau Alsina is also involved in this project. He is another professor at the University Oberta de Catalunya. He comes from studies on history and theory and he is now interested in the relationship between art, science and technology, with the aim of creating cultural ecosystems. Pau is also the director of the very interesting online magazine Art Nodes, available in Catalan, Spanish and English

And yet another professor, Oscar García, director of the official creation, design and media engineering Master at La Salle Business Engineering School of Barcelona, underlined the necessity of taking into account the new variables in the process of learning and asking the necessary questions which allow students and educational facilities to enable the training of the new professional profiles which are required by the most important companies in an International official document, where the multimedia profile is now an explicit element.

And, talking about disclosure, what deserved significant attention was the intervention by Laura M. Lechuga, who among her various roles, is a founding member of Sensia, a company which is trying to bring innovation in the scientific field into the market; not an easy undertaking, at least in Spain. Laura explained in very clear and simple words some of the complex concepts which lie behind the word “nanotechnology”. A word very fashionable today, but probably not exactly understood by the majority.

Basically, nanotechnology is made up of design, manufacture and the application of materials and systems in atomic and molecular scale. Working at this level, it is possible to intervene on the properties of the materials and this is what makes possible the existence of fabrics which do not get creased or stained, glass which does not get dirty, it is what enables us to make bicycles, tennis rackets or aircraft which are more resistant and lighter. Consequently applications can be of any type: for example in the fields of electronics, cosmetics, energy, transport.

But the field where we see the greatest innovation is medicine. Nanotechnology is translating into reality the fantastic journey of Isaac Asimov. Their aim is to create more targeted treatments that have no side effects, tiny subcutaneous devices capable of diagnosing infections and cancers at the moment of their appearance, bio-sensors to be installed in emergency rooms, medical surgeries and to be to kept ready at home, which are capable of providing a complete health check up. And, to link her speech to a subject so steeped in art, Laura showed some beautiful pictures revealing the beauty which can be discovered under a microscope. A quick Google search allows us to find a lot of information on this subject which we could define science-fiction. 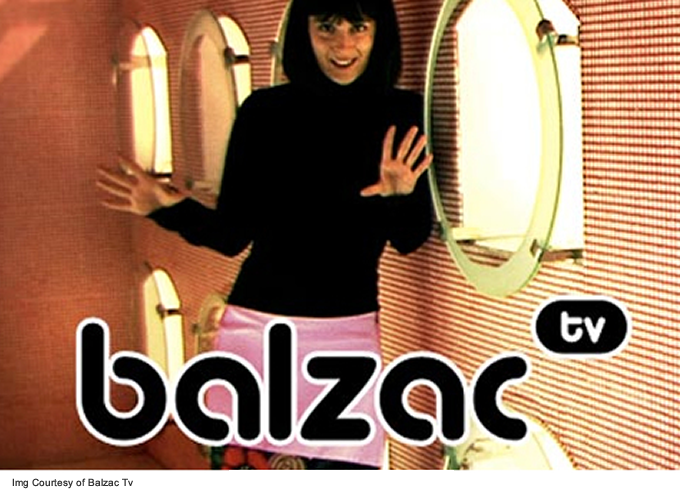 Art Tech Media has seen some artists among its guests. Among others, Multitouch Barcelona, already interviewed by our magazine and who recently appeared in ArtFutura 2009; José Manuel Berenguer, who we interviewed for this issue of Digimag, and one of those most appreciated by the Congress and by the Catalan contemporary Centers: Marcel · li Antúnez Roca. In addition to travelling around the world with his installations, performances and interactive conferences, Marcel · li is now dealing with the refinement of Pol, a platform on which he has been working for several years and which allows the interaction between various types of hardware and software with the aim of letting it become an open-source project.

The second and last day of lectures before the “gran finale” with a welcome cocktail offered by Casa Asia, saw the presentation of various projects, often accompanied by video projections, including the festival The influencers with Bani Brusadin, DiBa with Alexis Borràs , ArtFutura with Montxo Algora, both always followed closely by Digicult; the well-known blog We-Make-Money-No-Art by the nice Regine Debatty, Balzac TV with Héctor Milla, an online webshow project based on the concepts of ubiquity, quality, symmetry and sociality; the Càpsula project with Ulla Taipale, a project of which Monica Bello is a co-founder and which tries to find the connection between art, science and nature with a series of curious projects in close connection with flowers and animals; Oxercars / EXGAE with Simona Levi and Compartir dona gustet with Marc Sempere, both dedicated to the free culture.