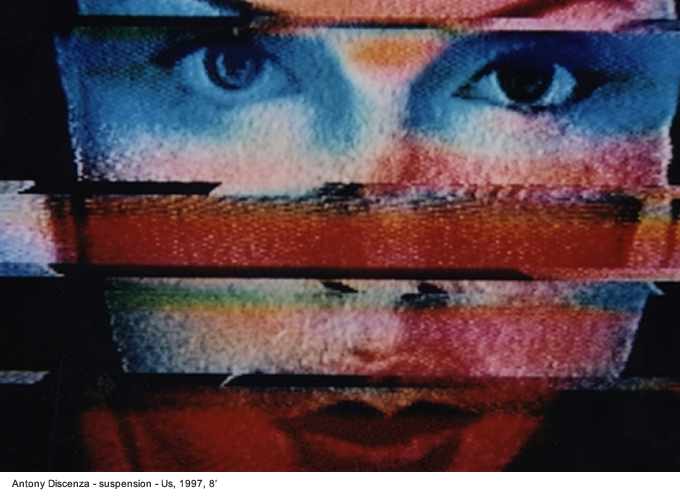 transmediale was born in 1988 as VideoFilmFest, an event aligned to the Berlinale. It was conceived by co-founder and artistic director Micky Kwella to present video productions, works on magnetic tape. As Kristoffer Gansing reminded us during the press conference of transmediale, it originates from a technico-logic incompatibility (it was not possible to present video works in the context of a film theatre) and an incompatibility between domains, whose significance had somehow decreased throughout the years, but that still creeps into current discourses in media art and contemporary art, cinema on film and electronic audio-visuals.

In addition to the concept chosen by Gansing, “in/compatible”, this edition of Transmediale marked its 25th anniversary. This was celebrated with the special section 25 Years of transmediale, a series of conferences (web.video-the new net.art, VIDEOMAKERS UNITE!, transmediale Unarchived, Search a Method) and the program Videospiegel – The Re-Enactment of the Opening Programme of VideoFilmFest ’88. 25 Years of transmediale, offered a chance to review the fundamental phases of the history of the festival in terms of the development of those incompatibilities that brought it to life, and the relations that documents, artworks, and memories produced in those 25 years have with the festival as we know it today and media art in general.

Transmediale launched a project to locate the festival and the experiences it had produced in a historical context. This is a process that, one hopes, will be pursued by the festivals to come. 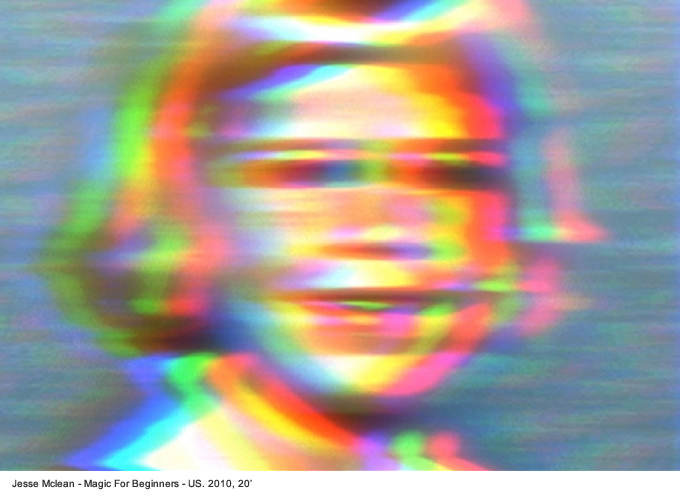 An important step in this process of historicization is the newborn archive of the festival, thanks to which documents and works will be gradually digitized and made available fro consultation. This project “in progress” was first presented during the conference Transmediale Unarchive by Baruch Gottlieb, responsible for the archive, Dieter Daniels, member of the Advisory Board of Transmediale, Rudolf Frieling, Thomas Munz and Susanne Jaschko, film e video curators of previous editions (http://www.transmediale.de/content/transmediale-unarchived).

“Unarchive”, in the informatics lingo is a process of decompression, of data opening: the goal of this archival project is to dissolve the incompatibility, the lack of access to an important cultural and artistic wealth like the one produced by Transmediale in the past 25 years. The works on the wide body of complex and diversified works was initiated with the digital acquisition of a range of analog videos from the first edition of the festival (1988).

A selection was presented during the first night of the festival at Videospiegel – The Re-Enactment of the Opening Programme of VideoFilmFest ’88, a video program where beside some specific differences one can notice a reflection on the medium of television, on the affective and intimate relations by a technological device that, at that time, was the most important piece of technology to exist within the domestic space.

The beautiful Flirting TV is am excellent example. In it, a camera looks outside from within the monitor, alternating the view of bedrooms, living rooms and kitchen tables. By means of this game of reflections between who is watching and who is watched, eyes establishing a dialogue with the screen, Flirting TV alternates portraits of bored singles, couples and families busy to celebrate the banality of the familiar routine sitting in front of the TV-fireplace. 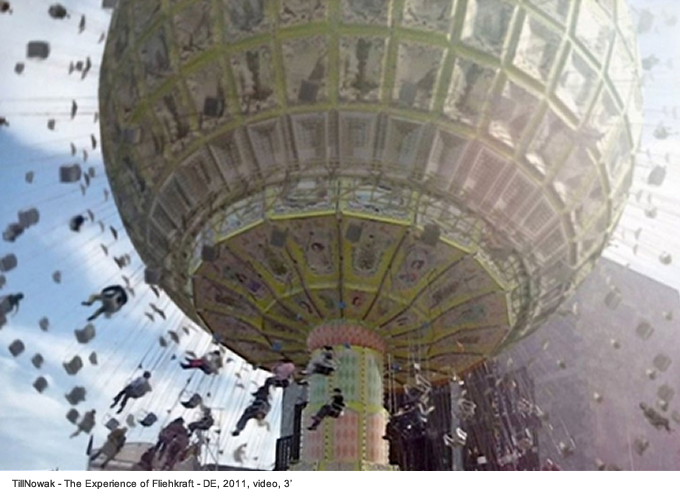 Satellite stories is the title of the video program proposed throughout the next five days. It consists of eight different screenings, curated by Marcel Schwierin. A very successful aspect of Schwierin’s curatorial work was the capacity to transcend the division between language and distribution channels, by mixing works conceived for the net and works anchored to the cinema tradition, video art, and other performative and audiovisual works. Schwierin managed to build a coherent selection by enacting a comparison among historical materials from the 1980s, also screened during previous editions of Transmediale, and more recent works.

To guide this comparison were the declinations that the audio video production has gone across in more than 20 years, the comparison between the predominance of the medium of television and the most powerful medium of today’s media scene, the Net, and the influences they imparted or are still imparting on new forms of self-representation, intimate storytelling, everyday interlocutors.

If the transition TV/ internet has been perceived for years as a triumph over the transmission-reception model, what are the individual’s possibilities to participate in the hypertrophic flux of images and sounds? What kind of mechanisms of affect does ‘Brodcast Yourself’ produce? How is the significance of celebrity transformed on social network platforms? What are the mechanisms of identification linking the members of a community online? How has the representation and the perception of urban landscape and the relation space-body-movement changed?

These are only a few of the questions asked by Satellite Stories, though Marcel Schwierin’s selection appeared to use them to ask more questions rather than finding answers. Perhaps this is one of the most interesting aspect of his curatorship: the ability to choose works that refuse to find any conclusion, preferring to map and reveal current practices, often through an approach equally ironic and playful.

This is an attitude that perfectly well depicts an actual transition phase — a tendency recurrent throughout this year transmediale — characterized by a general withdrawal from the absolute positivism towards the net and digital media so present only a few years ago. While for almost two decades the net has almost appeared to be the Eldorado of contemporary freedom, nowadays a number of authors have started to work on its limits and its ambiguities. 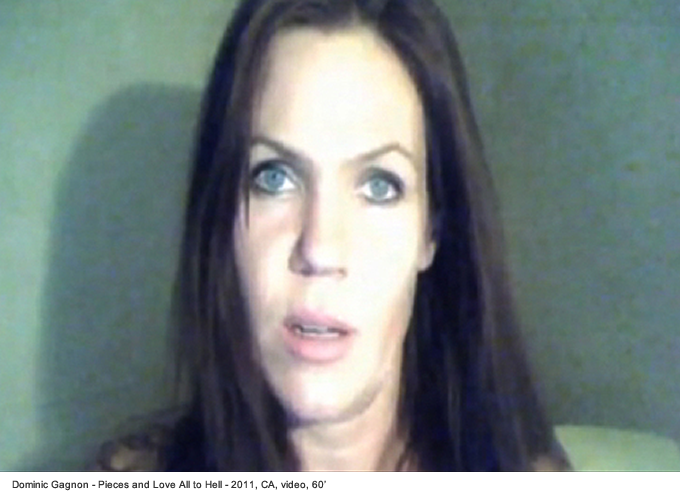 The terrific work by Dominic Gagnon, Pieces and Love All to Hell (2011, CA, video, 60’), is an excellent example. For a few years, this artist and theorist from Canada has been working on the mechanisms of “participatory” censorship perpetuated by Youtube users. “Flag as inappropriate”, this is the tool offered to any Youtube user to label as inappropriate any content within the platform. This tool designates a right, the freedom of any individual to express her opinion regarding the contents distributed by Youtube. However, it goes well beyond, by determining the limits of freedom of online videos. In fact, any content flags as inappropriate is entirely deleted by the team of Youtube, through a mechanism of participatory and anonymous censorship. Gagnon intervenes in this process, by recuperating and saving the videos before the are removed.

In particular, Pieces and Love All to Hell is based on a mash up of censored material that has been considered disruptive. Gagnon subverts the mechanism of censorship a paradox of the so-called freedom of the internet, by running an entire sixty minutes footage of images of American women, thus revealing a portrait of American citizenship dominated by anxiety, paranoia and conspiracy. on March 25, Pieces and Love All to Hell and the earlier Rip in Pieces America (2009, CA, video, 21’) will be presented in Gorizia as part of the performance Weightless and a workshop organized by the artist entitled Filmmaking in the Age of Internet, at next edition of FilmForum (http://www.filmforumfestival.it).

The program Suspension provided some of the possible forms of affectiveness and self representation brought about by both television and the internet: Suspension (USA, 1997, video, 8’), an artwork by Antony Discenza that gives the title to the screening, is dedicated to the memory of another media phase: television, megazines and the 1980’s supermodels. The screening builds a portrait-mosaic in constant motion consisting of faces and depersonalized beauty icons; Magic For Beginners (Jesse McLean, USA, 2010, video, 20’) narrates the intersection between reality and fiction produced by media; Eight Characters and Two Syllables is dedicated to the phenomenon of make-up community, a very popular theme in the context of Youtube, as well as the self-celebration of online beauty and fame online. 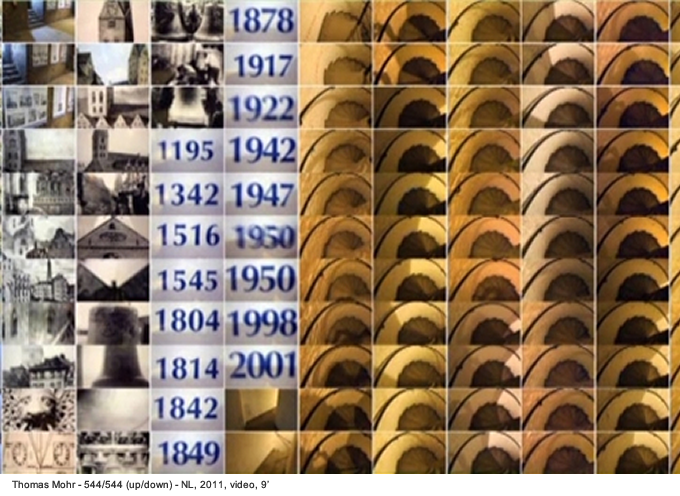 Vertical Distraction is the title of a program revolving around the compatibility and incompatibility of urban sound and body, architectural planning and the explosion of the city as an autonomous and indeterminate organism. Among the most interesting videos are 544/544 (up/down), by Dutch artist Thomas Mohr (NL, 2011, video, 9’), a complex system of relation between the spatial dimension of the image and its multiplication across time; The Experience of Fliehkraft, by Till Nowak (DE, 2011, video, 3’), takes the dream of the challenge of gravity to paroxysm and to allucination; in Transformance, by Nina Kurtela (DE, 2010, video, 10’), the body of the artist becomes a medium to show the relation between space and the time that transforms it.

Finally, the series of screenings The Sound of the End of Music displayed the themes of compatibility/incompatibility in terms of the relation between audio and moving images and the mechanisms of dis-perception between sound and visual given segments. Nicolas Provost’ Stardust (US/BE, 2010, 20’), in a similar way, traps the spectator into a narrative snare. Among the best works screened during Satellite Stories or The Sound of the End of Music (UK 2010, 4’) is the powerful audio-visual detournement of People Like Us, already proposed live during the past 2011 transmediale.