Even if there is little difference between a con-artist and an artist, and the latter quite often try to replicate the strategies, the behaviors and the practices of the first, the case of the con-artist that becomes an artist is still quite rare. Jack and Leigh Ruby are one exception.

As artist and producer Simon Lee said: “They lived a life of fraud and they continue to live a life of fraud in the art world.” From the early 70s to the late 90’s siblings Jack + Leigh Ruby were career confidence artists operating in America and Australia. They specialized in facilitating insurance fraud, fabricating sophisticated portfolios of false evidence, often using photography, film and video surveillance footage. Finally arrested for a scam in which they robbed their own house, they were incarcerated for more than a decade. In prison the Rubys atoned for their crimes and denounced their illegal behavior. In spite of this they came to re-evaluate their previous career with new aesthetic appreciation, based on their study of contemporary art.

One thing they probably noticed was the close relationship between the fake media objects – photos, videos, documents) they crafted for their scams, and the strong interest shown by most artists working with media imagery from the Seventies onward for the relationship between reality and fiction, documentation and falsification, live and mediated experience of an event. As they explained: “At the very least we confused the truth to the point that alternative narratives could be suggested and adopted as believable. Variable parallel realities that call into question “what happened” and what we believe to be real, while simultaneously winking at the presence of the directors just slightly off stage, is the basis for our current body of work as artists. Insinuation, implication, loaded gestures, pregnant pauses, cross conversations and doppelgängers are all present in our recent work.”

The dialogue, that started in prison, with artists and producers Eve Sussman and Simon Lee brought them to further elaborate upon these topics, and to decide to re-invent the most intriguing of the work from their younger days, using the falsified photos and videos as fodder for new work. Upon release in 2012 they returned to the US and made Car Wash Incident, a film they had been planning for several years that is the first in a series inspired by the scam portfolios from their past life.

Car Wash Incident is a video installation consisting of 25-minute two-channel video loop with an eight-channel audio system. The film installation is inspired by an actual scam carried out in 1975 by the Rubys, but is not a duplication of the event:  it’s a motion picture re-creation of the one of the pieces of ephemera used by the Rubys to commit their crimes: that is a falsified photo from the car-wash scam.

The video, comprised of the same scene, filmed over and over again at different angles, features two identical casts of 4 characters (played by 8 actors) simultaneously performing a choreographed plot; one cast enacting the plot story “clockwise” and the other depicting the plot “counter-clockwise.” 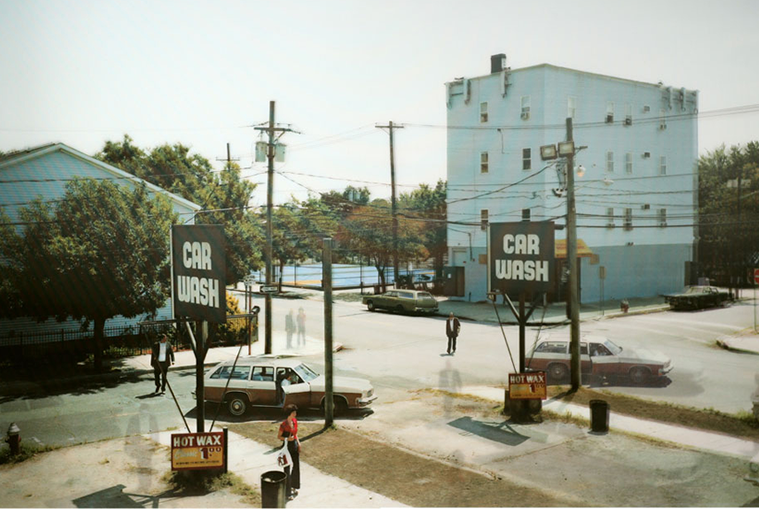 The video belongs to the genre of the “reconstruction”, for which Aksioma demonstrated a long time interest since the organization of the exhibition Re:Akt! Reconstruction, Reenactment, Re-reporting (2009), and can be easily compared with works such as The Third Memory (1999) by Pierre Huyghe and The Eternal Frame by Ant Farm and T.R. Uthco, also shown at Aksioma in 2013. Since 2013, it has been shown in many venues, including: Old School, New York City 2013; Monkeytown, New York City 2013; Moscow International Film Festival 2013; The Parlour, Brooklyn, NY 2013; B3-Bienale, Frankfurt, Germany 2013; Michael Jon Gallery, Detroit 2015.

Jack and Leigh Ruby operated as “facilitators for insurance claims” from the mid 1970s until 1998, when they were arrested for robbing their own house (and forging evidences of a theft). After 13 years in prison, they went back to New York and started their artistic career. In addition to Car Wash Incident, their first art film-installation, the Rubys are making photographs, lenticular prints, Television monoprints, Ektagraphic slide shows and collages of their life on the lam.

Simon Lee is a British artist who works in photography, video and installation. His work is said to often be “a powerful metaphor for the random flow of history and a low tech formal tour de force” (Holland Cotter, New York Times). His 2010 film collaboration with Algis Kizys, Where is the Black Beast? (2010) was shown at the Sagamore Collection in Miami, Zebra Poetry Film Festival Berlin, IFC Center in New York, and was an official selection at the 2011 Rotterdam Film Festival. Lee has exhibited at the Brooklyn Museum of Art; The Berkshire Museum, MA; Roebling Hall, New York; the Moscow International Film Festival; Musée d’Art Contemporain de Montreal; Poznan Biennale, Poland; The Rotunda Gallery, Brooklyn NY; Tinguely Museum, Basel, Switzerland; Espace Paul Ricard, Paris, France; and The Whitney Museum of American Art, New York. Lee’s work has been supported by a range of entities including: the New York State Council in the Arts, the New York Foundation for the Arts, the British Council, and the Pollock Krasner Foundation. 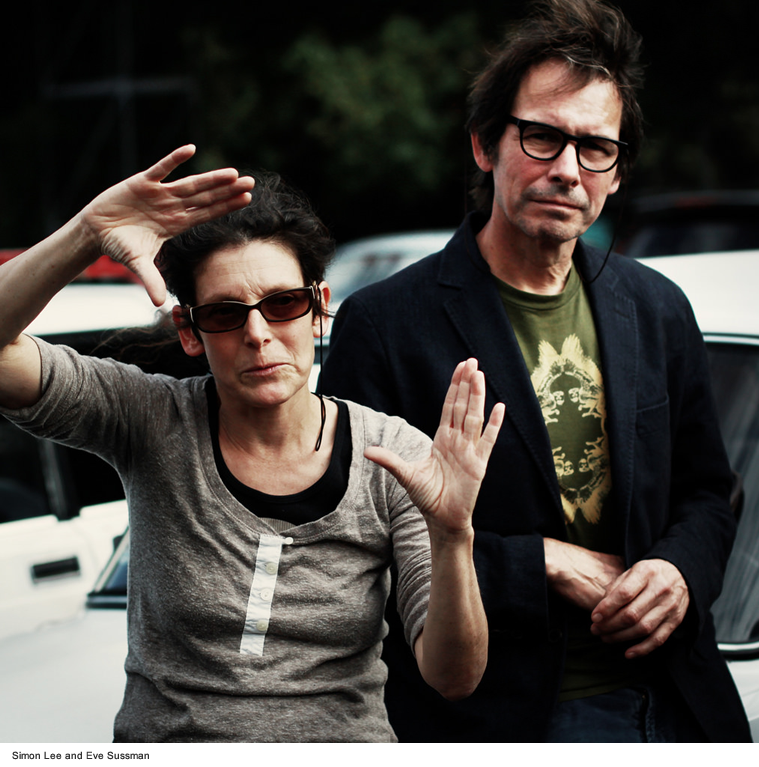 Eve Sussman is a Brooklyn-based artist and filmmaker who works independently and collaboratively, sometimes under the rubric Rufus Corporation. Her work incorporates film, video, installation, sculpture, and photography. Along with Rape of the Sabine Women, 2006, and 89 Seconds at Alcázar, 2004 that debuted at the Whitney Biennial, the company has collaborated on Yuri’s Office, 2009, andwhiteonwhite:algorithmicnoir, 2011. Rufus Corporation’s works have been exhibited and screened internationally and are included in the collections of the Smithsonian Museum of American Art, the Museum of Modern Art, New York; the Whitney Museum of American Art, New York; the Philadelphia Museum of Art, Fundación La Caixa, Barcelona and Centro Galego de Arte Contemporáneo, Santiago de Compostela, Spain. Sussman is a recipient of a Guggenheim Fellowship, a Creative Capital grant, the Rome Prize, and has received funding from the New York Foundation for the Arts and the New York State Council on the Arts, among others.