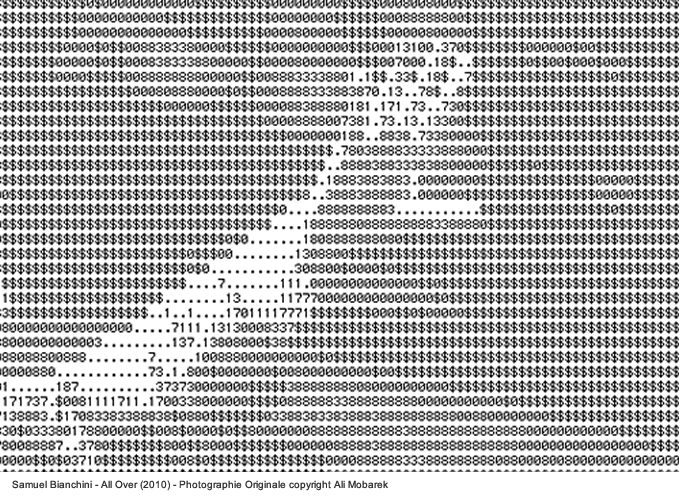 Even if we are convinced that we are living in a period of great artistic effervescence about the so-called new media, we are still used to think of Net Art [1] as something on the fringe of the big exhibition spaces.

The internet-based art takes with itself the dark shadow of processuality and immateriality, being it the last among the multimedia artistic practices and often an extension of that big analitical line which a large extent of last century artistic production went through. This last one in particular seems to be meeting resistance from museums and exhibition centres which are still very object-oriented, though the first pioneering curatorial experimentations in this direction date back to early ’80s (just think of the by famous exhibition “Les Immateriaux” by Jean-François Lyotard at the Pompidou Center in Paris in 1985) [2].

Slippery, elusive, uncontrollable, apparently incurabile. How does net art exhibit itself? The question is open more than ever now and it is at the core of many debates [3], with the attempt to develope new fruition, exhibition, distribution models to try to overcome some technical and conceptual critical situations brought to surface by the Internet medium. In the meantime net art remains one of the less financed, supported, and exhibited artistic practices by museums and contemporary art centres at world level. With some rare and precious exceptions. One of which is for sure the Jeu de Paume in Paris, famous contemporary art Institution in the heart of the Tuileries, very close to the Louvre, that great archieve of artworks-object. 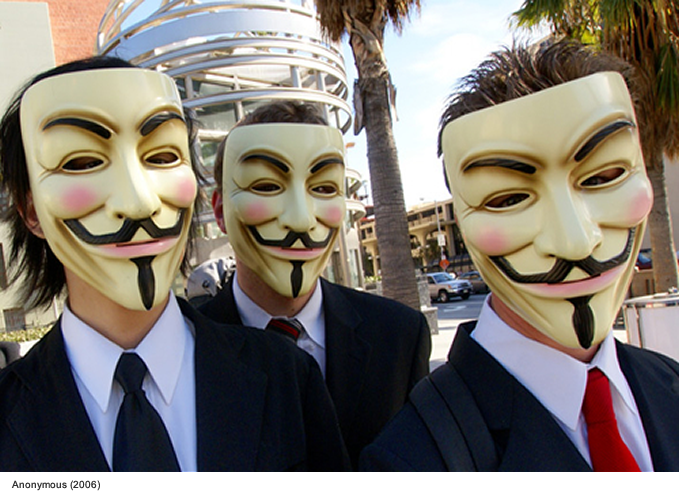 The centre addresses mainly the “contemporary image” in all its expressions, from photography to cinema, and it opened in 2007 an Espace Virtuel for the production, exhibition and diffusion of net art artworks. In every year there are two or three exhibitions, and were exhibited the artworks by artists such as Les Trucs, Agnès de Cayeux, Samuel Bianchini, Angelo Plessas and Andreas Angelidakis, Christophe Bruno. The last one is now curator of the Identités Précaires collective  up until 15 September 2011  presenting a selection of artists and artworks which dealt with the theme of identity instability through virtual spaces: among these Eva and Franco Mattes, Heath Bunting, Les Liens Invisibles, Luther Blisset, The Yes Man.

We have had the pleasure of interviewing Marta Ponsa, who is in charge of the artistic and cultural projects of Jeu de Paume, and she has been taking care of planning the virtual exhibition space since 2009. Since she surely represents one of the most interesting voices to listen to on the relationship that digital art can develope with contemporary art institutions, we asked her some questions about the history and the activity of Espace Virtuel.

Giulia Simi: First of all, would you like to tell us when and how the idea of “espace virtuel” was born? From which instances, with which purposes?

Marta Ponsa: The idea of having a virtual space to present artistic projects was born quite naturally due to the fact of Jeu de Paume’s mission that is to present all kind of images. We are surrounded by an incredible number of different types of images. These images use diverse supports and devices to be showed nowadays. Since more traditional supports as photography, video, or cinema to the newest medias as computer interactive images or net projects, we want to offer to our audience the same diversity of images that they have in their daily life. To explore the news medias and to present projects reflecting on these issues is one of our main goals as an Institution. 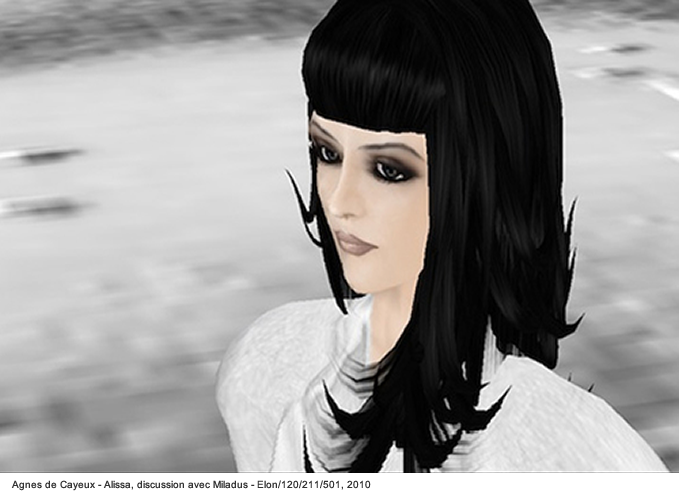 Giulia Simi: How do you select the artists and works exhibited? Is there a link with the exhibitions in the physical space?

Marta Ponsa: Espace Virtuel was born in 2007. During the first two years, curators of the Satellite Program were selecting the artists and projects for this space. Satellite Program is an invitation to young curators to propose three exhibition projects of young artist to be presented in the interstitial “physical” spaces of Jeu de Paume rooms. In the first edition, Fabienne Fulchéri decided to invite two of the same artists of the physical space to the virtual space (Ultralab and Detanico 1 Lain).

For the second edition, Maria Inés Rodriguez invited other artists to present new projects (Christophe Bruno and Angelo Plessas in collaboration with Angelidakis). Since 2009, I have taken care of this program. For the third year I have decided to select French net artist because I realize that they were not other places to present net art in France and they were less represented. Of course the net doesn’t have nationalities and states (sometimes unfortunately YES, i.e. firewall used by some countries) but I thought that it was a starting point. The second reason of my selection is that I wanted to reflect on the net itself and its power and that is why I have selected projects that present artistic strategies to point out how internet manipulate pieces of information nowadays.

All Over of Samuel Bianchini is an example of how economy is modelling images of information following its hide purposes. Alissa en conversation d’Agnès de Cayeux gave us the opportunity to talk with a “bot”, a robot, who was in conversation with cybernauts intelligently. The control and the surveillance of our movements was one of the subjects of Les Trucs from the collective Microtruc.

Those projects, together with Christophe Bruno‘s project currently exhibited, don’t have a direct link with physical exhibitions. However, Jeu de Paume’s program shows an obvious interest in contemporary society and its problematic issues. All our activities, cinema programs or exhibitions share that question.

In all those cases, Jeu de Paume was the producer of the works, that means that we participate economically in the work supporting net art. 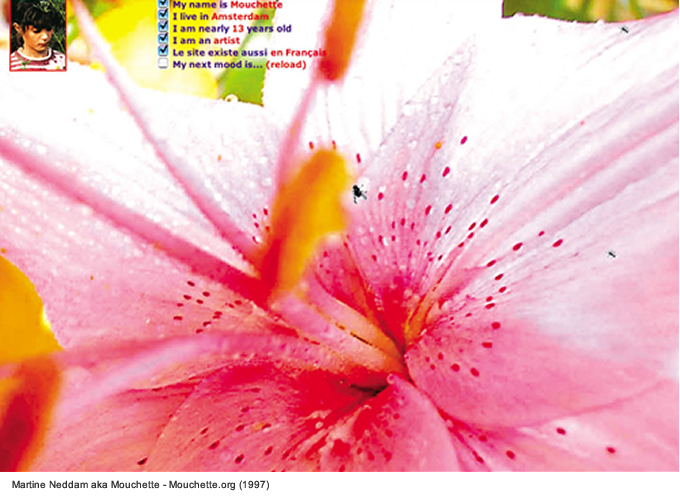 Giulia Simi: Exhibiting internet-based works in an online space obviously eludes the “translation” issue that involves particularly the curating of new media art, not only the internet-based one. Virtual spaces for virtual works: perfect solution or the attempt to bypass an old problem?

Marta Ponsa: I understand your question of “translation” as a question of transposition. Virtual spaces are new topographies, new places to visit, to take up and to use as public spaces. I think this space is an opportunity for artists and curators to show projects and to share information and discussions. Why not? Unfortunately net space is neither universal nor democratic but Art Institutions aren’t either.

Giulia Simi: The “espace virtuel” is free and reachable from all over the world, recognizing in a certain way the traditional link between the medium Internet and the gratuitousness. This represents one of the critical issue in market development about new media art, together with the immateriality of the work. Do you think this is a sustainable practice for a longtime? Or maybe is this a period of adjustment before internet-based art develops other and specific models of fruition and distribution, maybe quite different from those ones of the art contemporary system? What do you think about that?

Marta Ponsa: It is a very difficult question. In fact it is the same problem had by other collectives that uses the net to show and to promote their work (music, videos). How artists, musicians etc can survive only thought an exchanges economy? The Internet system and artists should think about new distribution channels with paid specific contents? Or through the galleries or web sites? Or via the phone operators? The fact is that the majority of net artist live on teaching, designing or on other jobs for the moment. May be it is not so bad. 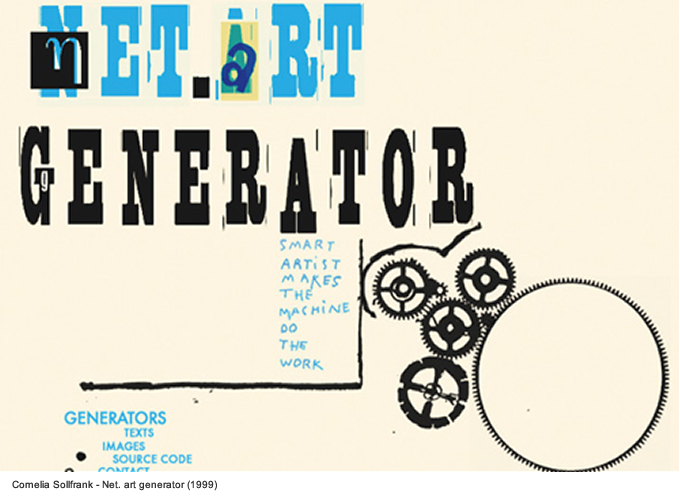 Giulia Simi: Identités Précaires is the current exhibition curated by the artist Christophe Bruno, who brings to light the hot topic about new codifications of identity at the age of late capitalism and “digital reproduction”. This is a collective show, where the “espace virtuel” acts as an aggregator, linking to artist websites where actually works are hosted. What would be the limits and difficulties in developing a real exhibition online platform, able to host different works to be browsed within a unique interface? Do you think that research of new online fruition models that is new interface and interaction models, could maybe represent one of the possible developments of curating art on the Internet?

Marta Ponsa: My answer to your first question is that in Identités Precaires group project we have tried to create a platform to show a group exhibition stressing the autonomy of each project. We have focused in presenting the main subject and the different works without hierarchy. The theme is only a criteria of selection and every work is made by artists that Christophe follows and likes since long time ago. He has put together different ages and nationalities around a wide subject, the Identity in the web. Furthermore not every project is conceived as “artistic” work, that is a new and interest issue that opens the door to other ways of curating in a less institutionalised and classical way.

“Espace virtuel” as other new online exhibition spaces, can be thought as a platform to present projects coming not exclusively from the art world but sharing subjects and preoccupations with artistic works. It can be a more flexible place to show a community of gestures thinking about our contemporary society. That without forget artistic gestures, of course. 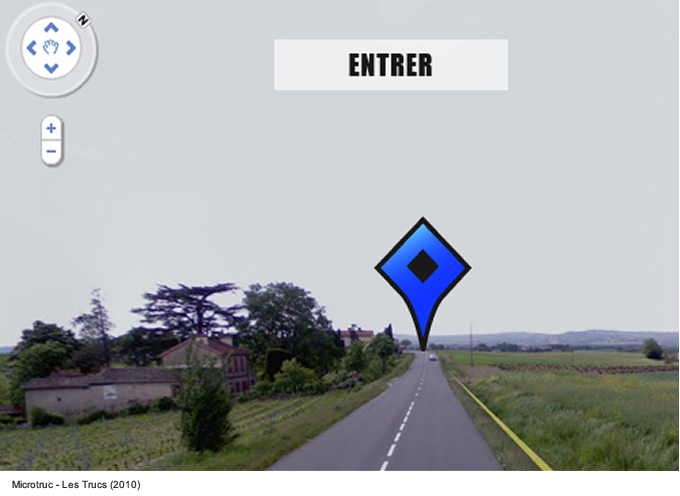 [1] – For my convenience I use in a “non problematic way” the term net art, even if I am aware of the long terminology debate which caracterizes art based on the internet medium. Cfr. referring to this V. Tanni in A. Balzola / A.M. Monteverdi, Le arti multimediali digitali. Storia, tecniche, linguaggi, etiche ed estetiche delle arti del nuovo millennio, Garzanti, Milano, 2004 and M.Deseriis / G. Marano, Net. Art. L’arte delle connessioni, Shake Edizioni, Milano, 2008

[3] – Cfr. The recent book by Christiane Paul, New Media in the White Cube and Beyond, Paperback, 2008