The Lab Style By Modeselektor 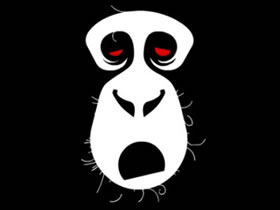 The Modeselektor, namely Sebastian Szary and Gernot Bronsert , first met in Berlin in the early 90s in the illegal parties of the city’s outskirts. Five years later they met again in a recording studio and realized their musical taste was similar. That’s how they started producing music under the name of Fundamental Knowledge.

Modeselektor project started in 1996 and in 2000 joined the B-pitch Control’s rooster , the famous Berliner label owned by Ellen Allien. Their live set, much sought after at festivals all over the world and performing at Milan Leoncavallo on 15th September, uniquely succeeds in combining quality and beat and sound research together with its natural tendency towards dancefloor music and its original alchemies. It is not common for an electronic dance music live set to be able to shift wih irony from one music genre and style to another : from hip hop to dubstep, from drum’n’bass to techno music. It is still rare to find a producer able to let different digital sound influences mix together: djing techniques blending with sounds from the pulsing 8bit music , traditional electronic beats brought together with analogic sounds which have been found in the huge melting pot of the Net.

“In our latest work  the Modeselektor say  there are more collaborations and more vocal parts than in “Hello Mum” , and that’s why we thought that’s more than an album. While we were working the biggest influence came from hip hop. We sampled everything. No matter what style the album belongs to: like our sets it spans over rap, dubstep and techno music. In our album we’ve hosted artists such as Puppetmastaz, Paul st. hilaire, Otto Von Schirach, Siriusmo, the TTC . Most collaborations develop through the Internet  the two producers say  and thanks to the Internet we are able to record even in the middle of a tour and to work with artists all over the world”.

We met the Modeselektor when they came to Italy to perform at the first edition of Florence Elettrowave festival and asked them to talk about their album and the way they perform live. Their second album “Happy Birthday” , has been out in September with special guests such as TTC, Thom Yorke, Maximo Park and Apparat . Happy Birthday is the celebration of a year during which they made clubs’ dancefloors hot all ove the world, from Iceland to Australia before they stopped in Berlin since they are both about to become fathers.

Silvia Bianchi: How has the cooperation with Apparat for Moderat project started

Modeselektor: We me Apparat in 1999 in a club in Berlin, we played togheter but we didn’t know each other. The funny thing was that, while Apparat was playing many girls filled up the dancefloor and we thought: “hey, look at this guy”. We started speaking and we become friend. From that time, we started playing togheter e we never stopped, and this year we decided to record the flower of our collaboration. So, Moderat was born.

Silvia Bianchi: Last year you published the dvd Labland thanks to the cooperation with the collective Pfadfinderei, published by the Paris label Dalbin. How did you work to create the sound for Labland dvd?

Modeselektor: The approach to an audiovisual work is different time to time. Pfadifinderei are seven and we are two, so you can imagine how 9people-working could be. Very chaotic. We tryed to work togheter as much as possible and we understood that sometimes images are very important, so we tried to find a beat creating a specific atmoshpere. In other moments, sound goes on so Pfadfinderei have to find good images fitting well with the beat. There’s no rule. Sometimes we’re wondering about perfect comination

Silvia Bianchi: A Labland live version for the theatre and cinema has also been created. How has it felt like to work in such a location?

Modeselektor: It’s very interesting to play in a situtation in which the attention is focused on videos, and people come to watch at the video more than to listen to the music. So, if you are able to catch their attention with your music, your work is more important. There are many chances for the audience to listet to good music, but less to watch at good videos.

Silvia Bianchi: You’ve been long cooperating with with Pfadfinderei. Have you ever worked with other visual artists?

Modeselektor: Never. We have been playing with Pfadfinderei, in this club in Berlin called Kurvenstar, from 1998 for five years; every thursday you could join audiovisual performances. THe club was an hip-hop club, but the owners liked our work, so the Lab-Style resisted on thursday night. Our collaboration with the guys started there. Now we work togheter in the same building, and we work togheter for commercial works too, in which we support them in the sound-design activity.