Climattivista! The Wind Of Climate Justice Arrives In Italy 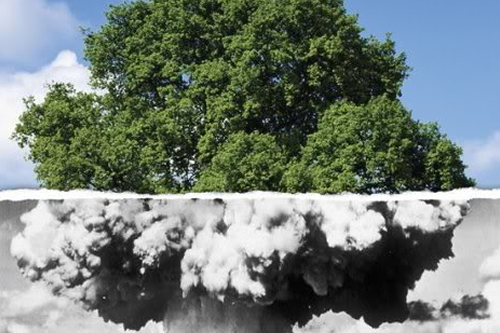 Within a week the ferment of mobilization on climate ahead of the conference COP15 in Copenhagen for a year that stirred Europe, has infected Milan and Turin, and soon, Bologna and Rome. E ‘was even coined a new word for the language of Dante and Mike Bongiorno: climattivista!

The first mobilizations have taken place on October 24 action day proclaimed by global climate www.350.org, which saw a special edition of Critical Mass in Milan and the presentation of the Climate Justice Action (CJA, www.climate-justice-action.org) at Scighera, the libertarian circles located in the former factory worker Bovisa in Milan.

So the information campaign and mobilization for the climate summit in Copenhagen (11-16 December, the Day of Action Movement) came alive in the weekend of Halloween, with a three-day Milan-Turin (versuscop15.noblogs.org) will soon reach even the Roman-Bolognese. The occasion was the arrival in
Italy David Rønbach activist collective KlimaX of Copenhagen and a member of CJA that for a year, patiently, builds political, media and logistics for the large mass action on 13 December (blocking the port of Copenhagen) and 16 December (siege of the COP15 climate justice with assembly of the people with Climate Justice Now!). CJA is a federation of ecological movements of the whole earth: there are anarcoautonomi Northern Europeans as Via Campesina and Friends of the Earth, passing through the movement of the climate camp UK networks and for many rural and urban environmental justice in the global south like that of indigenous peoples to defend their natural resources.

On 29 October at the Social Center Cantiere in Milan, there was the first presentation of the calendar of protest from 11 to 16 December (http://www.climate-justice-action.org/mobilization/action-calendar). So the next day Torchiera climattivista hosted an evening of entertainment with really brilliant ecoquiz (difficult, but the public has demonstrated the preparation) and Greenwash Awards (the Oscars of movement in Italy to the company that it has the face like the ass on environmental issues http://versuscop15.noblogs.org/static/gwa).

The peak was reached at the social center Gabrio of Turin, with the organization of the Climate Horror Halloween Party (http://nomorecop.noblogs.org). Where mobilizations in Copenhagen have been discussed over the political, strategic and tactical attentively to an audience with David and a lecturer at the Polytechnic of Turin and Critical Mass. The first of all fill of vegan soup with seitan and unleashed a dance like zombies bloodthirsty capitalist social center in the most mestizo Piedmont.

Moving on to things much less fun, both Gabrio both Torchiera are now being targeted by mayors and deputy sheriffs, and fascist Northern League matched. Torchiera was auctioned by the deputy mayor of Milan, Riccardo decorated with Conchetta Ghisolfa and to “compensate the lack of dividends the company A2A” while Gabrio and the White House, occupied by a collective of Ethiopian immigrants, they are seriously threatened by the mayor of Turin and the Minister of Interior Giuseppe Chiamparino Roberto Maroni.

The anti-globalization movement has passed the baton to the movement of climate justice. Like its predecessor a decade ago, is intended to disrupt the world. We defend the spaces in Italy have made possible both.