Digital Art In Finland. Chronicles Of A Travelling Week 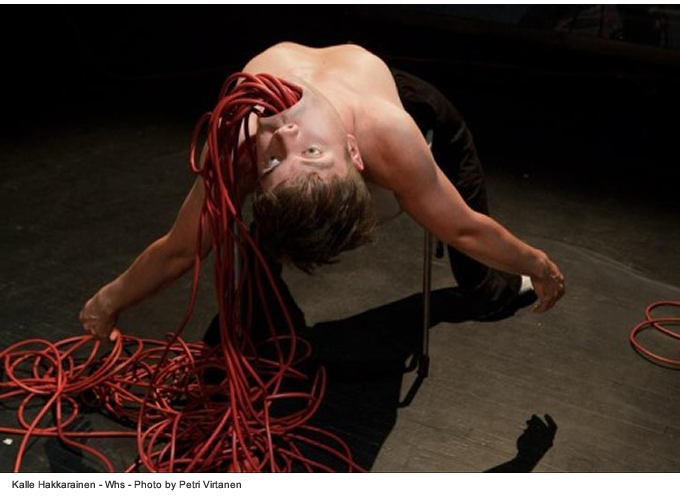 This article is the first part of an overview of digital art which took place in Finland, the second country in the world located further north, bordering with Norway, Sweden and Russia, and a quarter of whose surface area is located beyond the Arctic Circle.

It is, recently, one of the most favorite place to visit of many artists and teachers, also Italians, for its ideal study and residence conditions and for its artistic production; generally speaking, there is an increasing overall mobility of students and teachers from academies and universities to this European country in recent years thanks to Erasmus projects. Finland is also sought for its many facilities which are specialized in media arts for example CARTES -Center of Art and Technology Expo (it also organizes a festival of electronic art in Finland, Cartes flux) and in Information Technology as the Tampere University of Technology, the University which registers the highest number of exchange students and researchers of foreign nationality in Finland, in addition to Aalto University, Kuvataideakatemia, Art & Design University in Helsinki and the Jyvaskyla Polytechnic.

And we’d better not forget one of the most exciting festival in the European performing field, the International Theatre Festival Baltic Circle. Who knows if Italy will ever get to the Finnish model of State-owned public universities, where students do not pay taxes, where they receive subsidies and where investments in research are consistent….

It is possible to get an overview of the video art and media art that is made in Finland by consulting the online data base created by the non-profit AV-arkki association in 1989. The association created it in order to distribute and give visibility to over 170 Finnish artists. You can also take a look at the web-site of m-cult, a network of associations which works for the development of the Finnish media art. 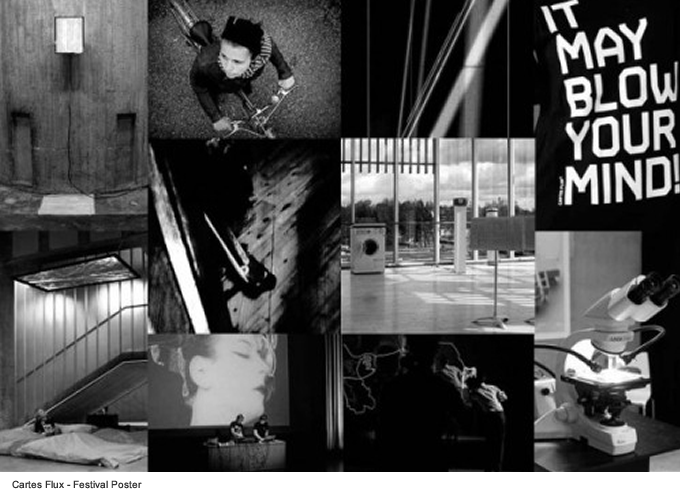 I got inspired to write these articles on the Finnish digital scene by the conference – The embodiment of authorityat Sibelius Academy in Helsinki, a school for high level musical training. The conference, which lasted three days, dealt with the multifaceted aspects of a new musical creativity which is also technological: the key issues were anticipated by some well-known professors related to musical ethnography and to performance. Della Pollock from the University of North Carolina was one of them, professor Nicholas Cook from Cambridge University and Allen Weiss from New York University were there too.

The starting point was the so-called “theory of performance”, a purely Anglo-American field of study: performance within the meaning given by the anthropologists, ethnographers and sociologists Victor Turner and Richard Schechner, is classified not only as a kind of art, but also and especially as a moment of personal and social interaction; for this reason, an analysis of the performance as a network of complex socio-cultural and socio-communicative relationships is needed. The lecturers were fifty-three and they came from all around the world, even if for the most they were from the United States and England and obviously from Finland.

The speakers coming from Canada and the United States spoke about the inter-media aspects of performance.. Me and Gaia Varon, a musicologist from Milan who is also a journalist at Rai (she realises the live radio broadcasts from the Teatro alla Scala in Milan) were the only Italian speakers. The conferences focused on the epistemological aspects of performance, on the strategies of interaction and on the concept of “shifting and shared authority” (in other words, a principle of authority which has become increasingly mobile and shared in the practice of performance creativity).

They were held both at the Auditorium of the Sibelius Academy and at other city music halls; parallel sessions of the conferences were held in three different rooms and they focused on the analysis of some case studies. Some lectures and demonstrations of artistic works were also provided during these sessions. My speech focused on a sample of interactive performance (Tales of the mandala) and was included in one of these sessions. 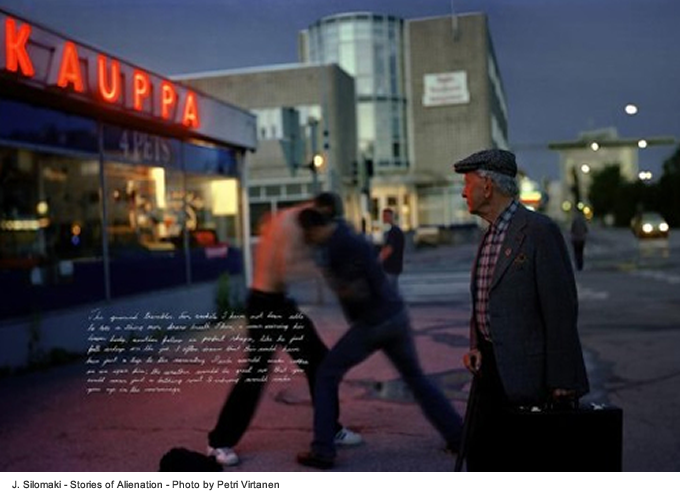 hen I was in Finland I went to the Finnish Museum of Contemporary Art, Kiasma, which opened in 1998. It is a unique architecture, a 5store building in the centre of Helsinki and it is directed by a woman, Pirkko Siitari. Large spaces inside of it are dedicated to the exhibition of works by young Finnish artists, and there are many rooms dedicated to new languages, video art and interactive art.

I was there when the exhibition Cream (with works by Damien Hirst) including sculpture, digital photography and video art was held on the 1st floor, and the exhibition Common things on Finnish and Swedish contemporary art was held on the second floor. The programme of the exhibition lists a full calendar of activities and events, workshops with artists, seminars on aesthetics, international conferences (in October Intersection: intimacy and spectacle, which is one of them, started), but also evenings of pure entertainment. Inside the museum there is a theater, a multimedia library, a restaurant and a cafeteria. The building also hosts Pixelache – Festival of Electronic Arts and Subcultures.

In Common things, the exhibition I saw which was held on the second floor, the digital photography series by Jari Silomaki, “tales of urban alienation”, was something of great value. The exhibition also included photos/paintings by Anna Ekmans inspired by Caravaggio and Hologram Walls by Carl Knif, a video dance commissioned by the Helsinki Festival; moreover, Tableaux vivants, a video performance by Eeva-Mari Haikala. Finally, a video installation composed of nine short videos arranged in a single space with the ironic title I love my job by Tellervo Kalleinen and Oliver Kochta-Kalleinen; they represent nine true and paradoxical stories of people from Finland and Sweden who have decided to quit their destructive work which they had to accept to do in order to survive.

Everything is full of humor, even if all these works express a harsh criticism in regards to a work and social system that obviously has some flaws, some cracks! i.e.The chef of a prestigious 5-star restaurant, the theatre actress, the caregiver, the worker.

At the Kiasma Theater the latest work by the group of visual theater WHS by Ville Walo and Kalle Hakkarainen was presented. The show is characterized by the use of sensor technology and video projections. 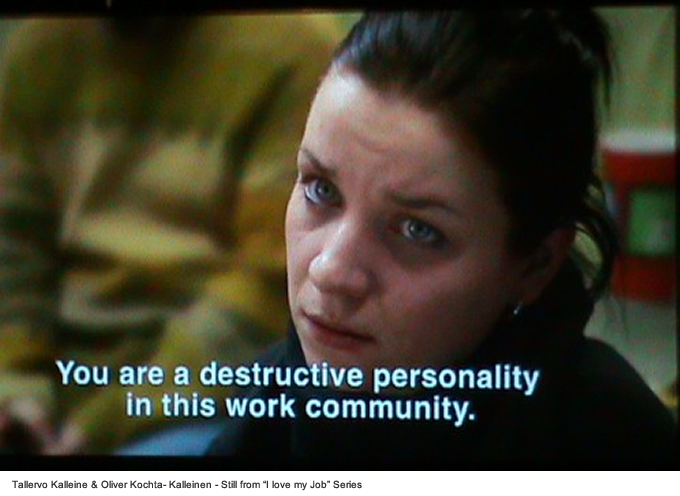 While I was in Finland I met Marianne Decoster-Taivalkoski, a young French media artist who lives and works in Helsinki. After having studied cinema, she specialized in New Media at the MA- Medialab dell’Art and Design University in Helsinki where she touches Sound and Media. She participated in Ars Electronica and Interferenze-Naturalis Electronica at the 2006 edition. She showed me her first work of interactive sound system which is called Aquatic (2003).

In this work there are obvious references to David Rokeby (also Digimag dedicated to him the essay – http://www.digicult.it/digimag/article.asp?id=1884 – written by Claudia Maina on Issue 58 – October 2010) and to his Very Nervous System (1983-1995) series; the work by Rokeby, as is well-known, consists in a device that connects a camera that keeps track of the movements, a computer, a synthesizer and a sound system. In it, the viewer is invited to improvise movements that the system transforms into sounds in a continuous cycle of stimuli and responses. His work is considered one of the element which better clarifies the relationship between the viewer and computer systems.

Aquatic also invites the spectator to play with the system in order to find an harmonious balance through the coordination of movements that produce sounds and music in real time. The movements associated with swimming are captured by a hidden camera, and they generate pre-recorded marine sounds: surf, lapping, gurgling. Marianne Decoster used the David Rokeby’s VNS software for the motion capture through an optical-video sensor and Max Msp to regulate the interaction between body movement and the sounds associated with it.

This is how Marianne explains the aim of her work: “I right away started working to create multi-sensory experiences in interactive sound environments. My works are installations, empty spaces which are sensitive and responsive to the movement of the visitor. The interactive environment is designed in real time by the visitor, and it changes every time. I always look for a match between the expressive value of movements and the physical and semantic quality of sound events. The imagination of the visitor always has the most important role; it plays with synaesthetic sensations and sound images; it builds a sense of immersion in a sonic imagery”. 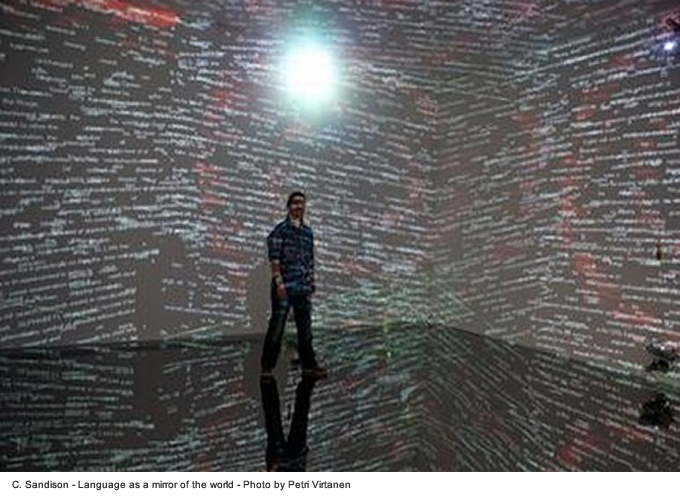 Moreover: “I work with sounds to use a poetic aesthetic that draws upon reports from various areas of perception. My aim is to encourage visitors / listeners to produce mental images. They are encouraged to adopt a fan and creative attitude through this aesthetic, through the structure of interaction. I like working with an experimental approach, for example testing different directions of my work by making my projects evolve for many years. The feedback I get from the participants to such installations and observing their behavior helps me to make new choices and to make decisions about the interaction and how to design an interactive sound. I am currently exploring the performative aspects of this installation.

When I started developing the concept of Aquatic I thought it applied to an urban context, in an environment, where people coming from different backgrounds could move: I thought about a terminal at the harbour in Helsinki. The different sound events that make up the Aquatic environment semantically refer to the movement produced in different aquatic environments: calm waters, flowing waters – waves and finally the sea during a storm. All these sound events do not appear simultaneously. Aquatic is an empty space ready to be filled in, crossed or explored. Talking about the spatial structures of Aquatic I prefer to call them sensitive space and enveloping space. The sensitive space is the area covered by sensors; the enveloping space is the entire physical area surrounding the participants and which is part of the installation. “