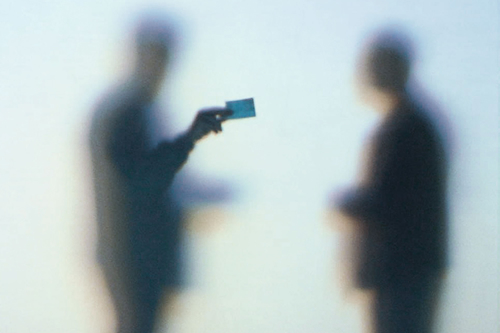 Despite all promises of more attention to figurative arts and above all to painting, the 53° Esposizione Internazionale d’Arte della Biennale di Venezia (International Art Exhibition in Venice) focuses again on video installations and expanded cinema, which does not necessary mean experimental. In most cases it is a revisit of the exposition space after the typical experience within the cinematographic field. The screen becomes a wall or a plasma TV and the installation assumes the features of a real projection in which all typical cinematographic devices are deconstructed – think only to the loop movement enphatized by Douglas Gordon or to the decomposition of film into monitors dispayed in a row (Chantal Akerman).

The cinema meant as “dark space” in which moving images are projected welcome the public when it enters the hall dedicated to Poland. However the result is quite different from the experience of a cinema and shows new creative possibilities of video installations, which are often obscured by the video art crowding the galleries. My aim is to illustrate them. Goscie/Guests is the title of the exposition created with the video projections of the jewish-polish artist Krzysztof Wodiczko. The characters are shadows, silhouettes of people immigrated from different countries, represented (or better projected) while their work, relax, tell their story, discuss about the common worry of getting a residence permit.

The political dimension of Wodiczko’s work, however, is not only linked to the installation subject, i.e. the scado-immigrants, or to their precence which is almost invisible but at the same time real and similar to our everyday life. This installation is political also for the kind of experience rising from it: an alternative experience, different from the passive one typical of the blockbuster hollywoodian cinema or from the flâneur who goes arount at the Biennale from a hall to the other full of bulimic tediousness due to the fact that these box-halls often contain nothing and leave the world outside. Wodiczko is one of the few artists at the Biennale Arti Visive who replies in a creative way to the invite of the director Daniel Birnbaum who asked to “Make worlds”. Compared to the other national halls, the protagonist of the Polish hall is the hall itself. The meaning of the building as a expositive area is brought into question, as well as the distance taken from a certain type of cinema both analogic and digital.

The image is like a window on the world, a transparent frame able to take us in the dimension usually contemplated by the publicum with uncharmed eyes bound to stay always on the other side of the frame. The tromp l’œil effect from the Renaissance period is not given through wall paintings, but through projections which at the end deny the illusion itself, the depth of the field, the centrality of the publicum usually created by the tromp l’œil . It focuses to the contrary on the surface values and the denial of the contrast background/near distance. These shadows live in an unclear grey-lightblue background without the depth and horizont of the sky.

The effect made by these projections is a continuous interchange of visible and invisible, faces and bodies that can be seen beyond opaque windows. They are faces which will remain inevitably unclear, just shadows roughly traced out, undistinguished in their own features. Cinema, according to the co-promoter of Cahiers du Cinéma, André Bazin, works as “effigy and mummy of reality” through its magic of shadows and lights art. The subjects’ bodies projected by Wodiczko are disembodied, shadows hanging in empty space which seem to acquire substance in the same moment when they get in contact with an imaginary glass existing only as projection. This desire of contact is embodied in the female figure with the veil who keeps the head bent and grazes with her fingers with a little pression the projection-glass separating her from us. In other cases, the corporeity is not acquired by bodies but by objects such as the paper sheet (a document or maybe a repulsion paper?) hold in the hand and showed by a shadow to the other.

Krzysztof Wodiczko transforms the hall in a space which is at the same time open and closed to the world. On the walls and on the ceiling unclear figures of immigrates are projected and photographed (as mummies) in their everyday life: while cleaning the windows (the imaginary window separating them from us), talking in small groups during a pause, working on a staging, trying to see who is beyond the glass or just standing, straight, the arms along the flanks ready to move the first step towards us. These figures still live in a liminal, evanescent zone and become the symbol of social ambiguity experienced by immigrates. This is the visual poetics of ambiguity, as defined by Ewa Lajer Burcharth in the exhibition catalogue, according to a concept loved by the French phenomenologist Merleau-Ponty.

The walls of the Polish hall become the liminal zone between reality and imagination, between inside and outside, between them and us. The walls have no more their usual function of support for the projection of images or of surface in which moving images can be impinged. The phenomenology of the wall played and continues to play a fundamental role in the political events of the last and current century – think for example to the building and fall of the Berlin wall and the building of the wall in Israel between West Bank and Jerusalem – and becomes even more real and visible in its function of borden between near spaces which are not allowed to get in contact with eachother.

The installation is polyphonic since different actions and voices (clean the windows, tell one’s story, relax, drink) happen in the same time or one after the other on the walls of the hall and on the cealing. The public must therefore continually change the focus of his eyes and attention. It is impossible to keep a privileged fixed position. The public.visitor becomes the real subject of the work of art since it occupy the same space of the work of art and ends to be like in a shop window, in a cage, looked (or better ignored) by the ones who are still outside. The shadows, the lights, the desire of seeing and knowing, the division between near worlds, the obscurity change the Polish hall in the artistic contemporary version, which is however modified into the myth of Platon’s cave.

Krzysztof Wodiczko’s projections are always in dialogue with cinema and video installations. They challenge the narrative cinema to which too often the video installations are acritically inspired. At the same time they offer a possible alternative to think and make cinema and video installations, since they recongnize the contribution of the so called “attraction cinema” (that of magic lanterns, light and shadows games) and of the experimental cinema. From one side, entering in the hall means entering in the dark cinema room, in the maternal womb, ready to be illuded: two mechanisms on which most of the narrative hollywoodian cinema is based. On the other side, the screen, the perspective and the illusion of the cinema armchair fade away. The public must feel his own “symptom”, à la Žižek. This illusion is first of all brought in question and then denied by the perception that real people are beyond those screen-windows and beyond those shadows. No identification processes with the main character of the story can happen because in reality what the public can see are only shadows.

The coexistence between esthetics, visibility and invisibility has a strong political meaning. This does not mean that the hall deal with political topics, although the silhouettes represent immigrates and the aim of the artist is to bring them on the stage with their non-presence. The real meaning is instead deeper and more refined and according to it those who does not enter (or are not able to) on the stage, who does not emerge from the unclear background and become visible, are bound to a sort of limbo hanging between visibility and invisibility. Visibility e invisibility are two dimensions which the video art always compared with, maybe tank to the power that the video has to make bodies appear and disappear at his own will.

Using Raymond Bellour’s words: “video is only a surface even if it contributes to take away from image part of its old deepness (…). Moreover it gives the cinema a new deepness difficult to define. It makes bodies magic up and spirit away. This has always been one of the most traumatic dreams of image”. (2007, p. 169)

As the French philosopher Jacques Rancière cleverly said: “The engagement is not a feature typical of art (…). This does not mean that art is unpolitical. This means instead that esthetics has its own politics (…). An estethic politics is always defined through the concept of “sensible” or as a ri-configuration of given perception forms (…) A relevant political art should ensure the production of a double effect: on the one side the understanding of a political meaning; on the other side a perceptive and sensorial shock caused by those elements which survive the process of signification” (2004, p. 63)

Wodiczko succeded in the difficult undertaking of making esthetics political, literally projecting the Polish hall in a real space of encouter and conflict.

iek, Slavoj (2007) Enjoy your Symptom! Jacques Lacan in Hollywood and Out . London: Routledge